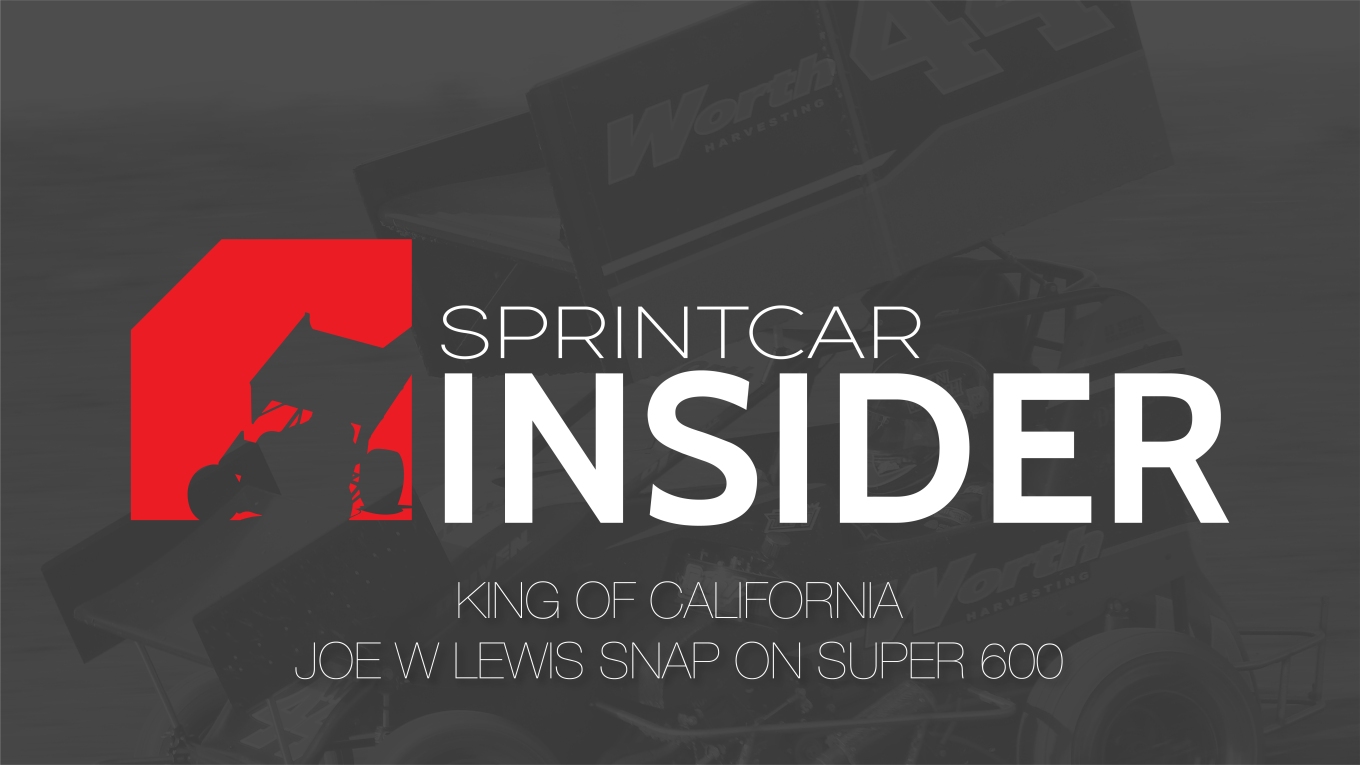 KING OF CALIFORNIA Micro Sprint Series – VISALIA, Calif. (April 30, 2018) Coming into Round-3 of the series at Keller Auto Raceway, no driver had been established as a clear cut favorite to win the Joe W. Lewis Snap-On Super 600 title.

With a packed house and the tension high, Keller Auto Raceway would prove to have magic in the air on Friday Night. We wouldn’t find a series favorite, but a fan favorite would seize the moment, and bring his hometown fans to their feet with a dominant showing. Saturday night, however, a series favorite would emerge, after a display of total domination.

The old racing adage says consistency wins championships; but one thing beats consistency, and that is consistently winning. The field may have to look out after Saturday Night.

The King of California Series made its first appearance of the year to Keller Auto Raceway on Friday Night for Round-3 and a hometown hero stole the show. Racing in front of your home town fans can add a bit of pressure, but it also adds a bit of traditional sport allure. Many tracks have a driver who remains so loyal, they come to symbolize the facility in and of itself.

For Keller Auto Raceway, that’s none other than, Paul Javaux. For as long as many of his peers can remember when walking into Keller Auto Raceway, two things were guaranteed. One, you would have to master a technical track, and two; you were going to have to deal with the blue, number 88, of Paul Javaux. Week in and week out, Javaux has remained loyal to his home track. He has undoubtedly become synonymous to the facility and a fixture on Friday Nights.

“When I think about loyalty, I think Paul Javaux,” said Ben Worth. “He’s been racing here every single Friday Night, without fail, for as long as I can ever remember coming here.”

It’s natural that a driver who has planted himself as fixture in front of the fans, especially that of his hometown, become a true crowd favorite. In other sports you have a home team and an away team. When you come to Keller Auto Raceway, you’re stepping onto Paul Javaux’s home turf. It was only fitting the night the big series rolls into town, with the money on the line, and prestige to match; the hometown hero would have the fire underneath him to defend his turf.

When the Joe W. Lewis Snap-On Super 600 main event took to the track, it would be a pair of 88’s bringing the field to green. Series point’s leader, Joey “the rocket” Ancona started on the pole, and the famed Blue 88 of Javaux took off to his outside. From the drop of the green, on a technical Keller Auto Raceway, Javaux made it look easy. He took off from the rocket and looked to be in control. Even with numerous cautions bunching the field up, with every restart he was able to jump back out to the lead, look to the bottom and sail away.

There was a point near the mid stages of the race where Ancona seemed to have something figured out, but Javaux never flinched. No matter the challenge, Javaux was able to hold the field at bay. He hit his marks, lap after lap, seemingly unfazed by the battles taking place behind him. Keith Day Jr. made a late race charge to the front to challenge Ancona. As the race drew toward a close, Day started to apply the pressure heavily, and eventually overtook Ancona for the runner up spot on the final lap. The battle for second allowed Javaux to slip away into the Visalia night. The famed blue 88 closed out a dominant, wire-to-wire, performance before a jubilant hometown crowd.

Once again we would see a King of California feature fall to a wild card driver in spectacular fashion. The magic in the air at Keller must have rubbed off on the rocket however. Because he rolled into Lemoore Raceway for round-four ready to put on a one man show of his own. From the first lap of hot laps it was apparent the rocket was prepared for lift-off.

Ancona kicked off the night by putting himself back in familiar territory – on top of the board, with quick time. The Rocket got quick time so often last year fans often wondered if the Ancona’s purchased that square on the scoreboard for advertising, but no, he earned it, every time.

It had been a banner King of California campaign for Ancona up to round-four, as he had yet to finish off the podium. But he was not satisfied with podium finishes. He had his sights set on the top step. Lemoore Raceway seemed to be the perfect place to score his illustrious first King of California victory of 2018. Just a week before round-four of the King of California he picked up a dominant win on the alkali oval. He was in a league all of his own that night, which led to him rolling back into the facility with a head full of confidence.

Just like de-ja-vue; Ancona found himself on the pole for the 30-lap feature. When the green flag dropped he picked up right where he left off the weekend before. It was as if that race never ended. He put his number 88 out front, and proceeded to run off and hide from the field. He was half way back to Concord by the time second knew where he disappeared to.

With that performance he made a statement to the competition. After four rounds, one quarter of the way through the season, it appears that the Joe W. Lewis Snap-On Super 600 title is going to go through, Joey “the rocket” Ancona. He currently holds a 19-point lead after leaving Lemoore. Now that he has captured that elusive first victory the rest of the field may have to worry he doesn’t start to live up to the adage of beating consistency by consistently winning.

Just four rounds into the season drivers are already scrapping for every position, watching every pass with a keen eye, and counting points like its Round-15. Joey Ancona has yet to land off the box, and with Saturday’s dominant win, he is showing the field it’s going to take near perfection to be crowned King.

The stage is set, and a favorite has come forward. Who will be the next challenger to Ancona? Find out when The King of California Series resumes, Friday, May 18, at Dixon Speedway, in Dixon, California for round five and Saturday, May 19, at Delta Speedway, in Stockton, California for round six. There’s still a long way to go and the top five in points are only separated by a mere 45 points. Who will be crowned King?

The King of California Series would like to cordially thank Keller Auto Raceway and Lemoore Raceway for hosting the series. We also would like to thank all of sponsors. None of this would be possible without any of them.

If you would like more information regarding the King of California Micro Sprint Series Please follow us on Social Media.

For information regarding the host tracks please visit: