T-ZONE PROMOTIONS — LEMOORE, Calif (May 24, 2018) –> What if I told you Lemoore Raceway may not exist today if it weren’t for the Tachi Palace Nationals.

Every Memorial Day Weekend, drivers come from far and wide, to contest for the prestige that comes with being crowned champion of the event that put Lemoore Raceway back on the map. What most don’t know is that winning this race is far more significant than taking home a check or a trophy. Being a winner of this race adds another chapter to the storied history of racing in Lemoore, and continues a legacy that was almost lost.

The heritage of racing surrounding the city of Lemoore is deeply rooted. Dating back to the 1950’s and the Lemoore Jet Bowl, racing to this community is important. At one point in time, the future of racing in Lemoore was in jeopardy. Had it not been for a courageous group of passionate individuals who stuck their neck out on the line, racing in Lemoore could have been nothing more than a memory all together.

It’s fitting this race is titled after a casino. Because in truth, this event was one huge gamble, except, they didn’t actually have the chips.

Once again, Lemoore Raceway, will be handing out $1000 to the Super 600 and Non Wing Champions, $750 for the Restricted Champion, and $500 for Jr. Sprint. It seems like a well oiled machine today. The race comes, the racers show up, and someone takes home the money. What most don’t understand is that this race resurrected the racing heritage of this community.

Since the events inception in 2002, the Tachi Palace Nationals has made its mark as a premier micro sprint race. The humble beginning of this event started with a few dedicated individuals on the Lemoore Racing Enterprises board who wanted to bring national caliber competition back to the city of Lemoore. The goal was to give local fans and drivers alike, something reminiscent of the world renowned competition of the old Lemoore Jet Bowl; that ran from 1959-1994.

The city of Lemoore moved the Jet Bowl two miles after the 1994 season. The current version of Lemoore Raceway began operation on, May 13, 1995.

For the first few years of operation, things were rough. There were no restrooms, or even a concession stand, and the track itself was poorly maintained. “One night only 14 cars showed up total,” said Ruth Pendergrass, secretary of Lemoore Racing Enterprises today. “They ran all of them together and it was a huge let down for everyone to see where the track was going.”

With three tracks within 25 miles of each other, Plaza Park, Hanford, and Lemoore; landing a premier event was no easy feat. Sanctioned by the National Modified Midget Association (N.M.M.A) at the time, it was Hanford who landed the big national, and Plaza Park had Friday’s, along with all the big holiday weekends. There was no room for Lemoore.

Something drastic needed to be done.

“Carl Hunt was president of the board at the time (Lemoore Racing Enterprises) and it was collectively decided to hold a big race, on a holiday weekend, to get the cars,” said Pendergrass. “We set the purse at $1000, we didn’t actually have the money, but we put it out there.”

That kind of purse was unheard of at the time. The club didn’t have a clue how they were going to come up with the money, but they knew if they wanted to compete, they were going to have to go all in. Members of the club decided to pay a visit to the local casino to ask for help. The entire endeavor was a gamble to begin with, what better place to start?

Low and behold the Tachi Palace committed. When the club asked for a contract in writing they were told they would receive no such contract, they must take them at their word. With little to no choice, that’s exactly what they did.

“We had no guarantee but we went forward with advertising the race,” said Pendergrass. “At that point we all collectively prayed.”

When Cool 92.9, a former valley radio station, came into the picture, they were locked in. No one could have expected the amount of advertising they would receive. Cool 92.9 pumped up the race big time, and there would be no turning back from that point. They brought drivers into their studio for live interviews; they came out with shirts, and sent their own radio disk jockey to do some live announcing.

Originally scheduled for Labor Day weekend 2002, by August, the hype surrounding it was off the charts, but the money to fulfill the payout promised was still at large. No one knew they didn’t have the money yet, they just knew they were coming to race, and LRE knew they HAD to have this race. As the days ticked down they prayed, crossed their fingers, picked up every lucky penny they could find, and just collectively hoped this race would save the racing legacy of Lemoore.

As the days drew nearer, sure enough the Palace held true to their word, and put up the purse money, and even some to help other expenses. Low and behold, a mind boggling 90 cars showed up to try and win the cash. The race went better than expected, initially titled, “A Cool Indian Summer,” the Palace liked what they saw and decided to stick around, thus a better name for the race.

It was this event that established Lemoore Raceway as a legitimate place to race. From that point forward the reputation of Lemoore Raceway began to change. Not only did the track and the level of competition begin to improve, so did the facility. Before long there were permanent restrooms, real concessions stand, and people showing up to race.

Eventually the race was moved to Memorial Day weekend, and it became a race drivers marked on their calendars every year. The history unfolds before our very eyes annually. Now, in its 17th running this is what makes the Tachi Nationals so prestigious, it’s not the money, or the trophy, its being part of something that helped turn a wasteland into hallowed grounds.

Today, Lemoore Raceway is synonymous with generating dirt track talent. Drivers like Chad Boesphlug, Cory Eliason, Carson Macedo, Tristan Guardino, and many others enjoying success at higher levels of racing grit their teeth on this track. They built a legacy that was almost lost. It means something to them, and they return to their roots to show the fans just how much this track means to them.

Those legacies fuel the next generation of drivers. Those drivers see what’s possible, that they too, may be the inspiration to another young driver looking-on, dreaming of glory, and building their own legacy.

It takes more than just some clay, four corners, and a set of bleachers to build a house with where legends are born and legacies are made.  It takes true passion, dedication, and all-out foolish pride, to put your very last chip on the table.

Yet here we are, racing in Lemoore, to this day.

The chips went down, royal flush came up, and the legacy continues. 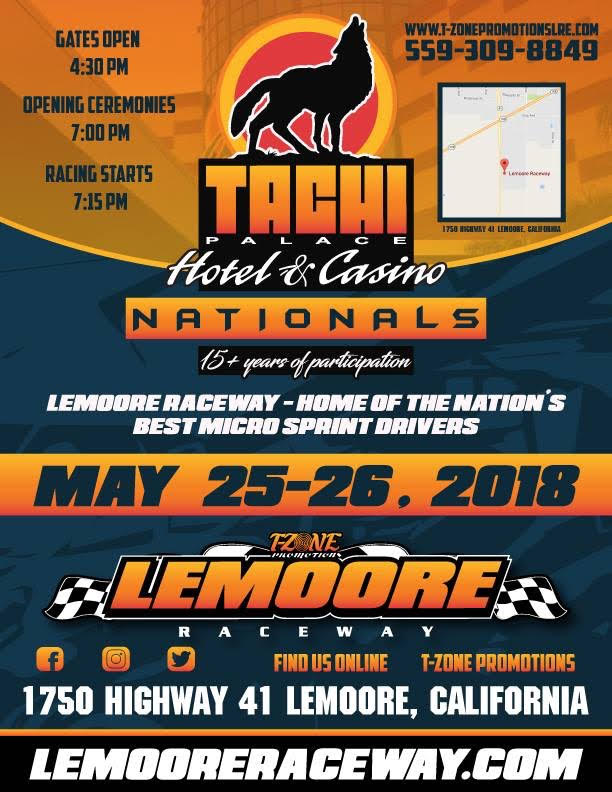