Sprint Car Insider – Driver Exclusive. FRESNO, Calif. (September 20, 2018) ->There’s only one box left to check for Dylan Bloomfield when it comes to California Tracks in 2018.

The only track Dylan Bloomfield is yet to put in his win column in 2018 is Keller Auto Raceway Plaza Park. He looks to change that this weekend at the 2nd Annual Mark Hagopian Memorial.

Making his first appearance at the MHM Bloomfield, through the surrounding buzz, is well aware of what it would mean to win this weekend. But in the eyes of this young man, it’s even more than that.

On his run to be crowned 2018 California Speedweek Champion night three at Plaza proved to be his Achilles heel. Although he finished third, and many drivers would love to consider third a bad night, Dylan wasn’t satisfied. The young man came off the track sighing and giving the entire team a rundown of what he could have done differently to win.

“I could have won that race,” said Dylan. He did go on to win Lemoore and complete three out four victories on the week but had yet to shake the fact that Plaza has eluded him. In light of the scenario, Bloomfield convinced the team to make the trip down from Discovery Bay to Visalia.

Although it’s still not clear if he will make both nights, the team is 100% certain they will be here for at least the Saturday Portion. No longer in contention for any championships and multiple victories at the three other main tracks adding a trophy on the mantle from Plaza Park is the sole focus at this point of the season.

According to Bloomfield, his confidence is at an all-time high and he plans to continue to work hard both on and off the track to maintain that confidence as 2018 winds to a close and his focus shifts completely to bringing home a Golden Driller from the Tulsa Shootout.

Interested in obtaining Sprint Car Insiders services or becoming a marketing partner? We have options available for all levels of support. We strive to leverage the most effective means of adding value to our partners with unique, but proven practices. 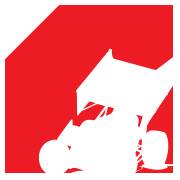 Or watch live PPV on www.fastfourmedia.com

My Tweets
Sprint Car Insider All that Remains__ Bloomfield Ready to Take on Mark Hagopian Memorial
%d bloggers like this: