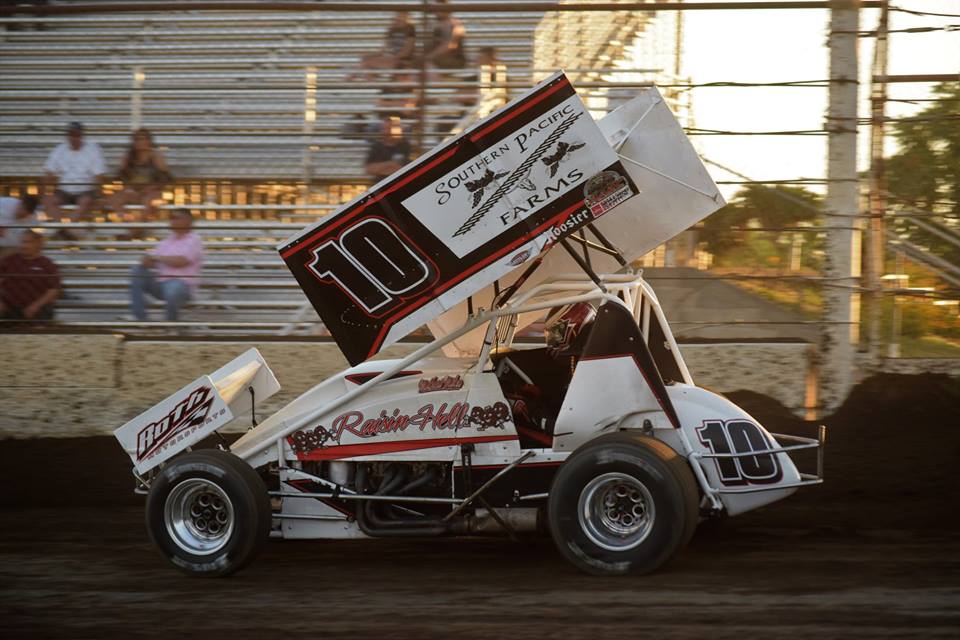 As the season winds down for the 2017 Ocean Speedway Rookie of the year, the bigger local races are just around the corner. Mathew Moles continues to show speed and improvement at the right time. Last year, Moles missed the trophy cup Saturday night main event by just one spot. He was charging through the field and looking very smooth in doing so. With another year now under his belt Moles is focused on having a good showing this year.

With recent results coupled with last year’s performance, he is poised to turn some heads. The countdown is on and last weekend the Southern Pacific Farms team took on the King of Kings series at Keller Auto Speedway.

Moles was the 5th driver to take to the track in qualifying under abnormally heavy conditions. His time ended up holding at 13th on the board. In the heat race Moles brought the 10 car back to the trailer with a third-place finish.

As the 30-lap main event rolled out onto the track it was still heavy and hooked up, which no one expected.

“I never saw this coming,” Said Moles lightheartedly. “This is nothing like we have been racing on.”

According to Moles he actually prefers the track dry and slick, which was a common sentiment amongst drivers Saturday. Moles would line up 13th in the order of the 21 car main event. It took a while to finally get the 30-lap main underway but once it did it was apparent the track still had plenty of moisture at the surface. There was not a lot of passing during the early stages of the race.

Numerous cautions and reds toward the end of race continued to breed more restarts and allow for more passing. Near the end of the race Moles had worked his way into the top 10 as he ran the 7th fastest lap of the race. By the end of the 30-lap main event Moles crossed the stripe in the 5th spot. After seeing the outcome of some drivers pushing the window, rolling it on the trailer in one piece was a great night. Rolling it on the trailer with a top 5 was an incredible night.

Although top 5 is beyond a respectable night, Moles has the fire to do even better and according to Moles himself he has just a couple things to work on but a lot of it is the luck of the draw.

Up next for Mathew Moles he is considering loading up the 410 and heading to Kern County Raceway Park to contest with the King of the West NARC series Saturday night. Last year’s Ocean Speedway R.o.Y is considering foregoing the final Ocean Sprints race of the year for Kern as the main focus is the upcoming Trophy Cup.

Proclaimed to be his favorite local race of the year, Mathew Moles will be in action at the 25th Annual Trophy Cup aboard the Southern Pacific Farms number 10. After exceeding expectations last year he has some lofty, but certainly attainable, ones set for himself this year.

The month of October is a busy one with two of California’s biggest races back to back. The 25th Annual Trophy Cup is just two weeks away and the 33rd Annual Cotton Classic at Keller Auto Speedway set for next weekend. It’s a big month for California Sprint Car racing and the 10 is looking for a good showing.

Catch Mathew in action next at – 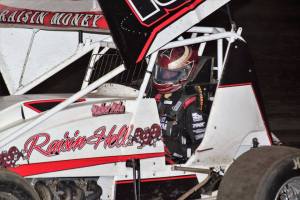