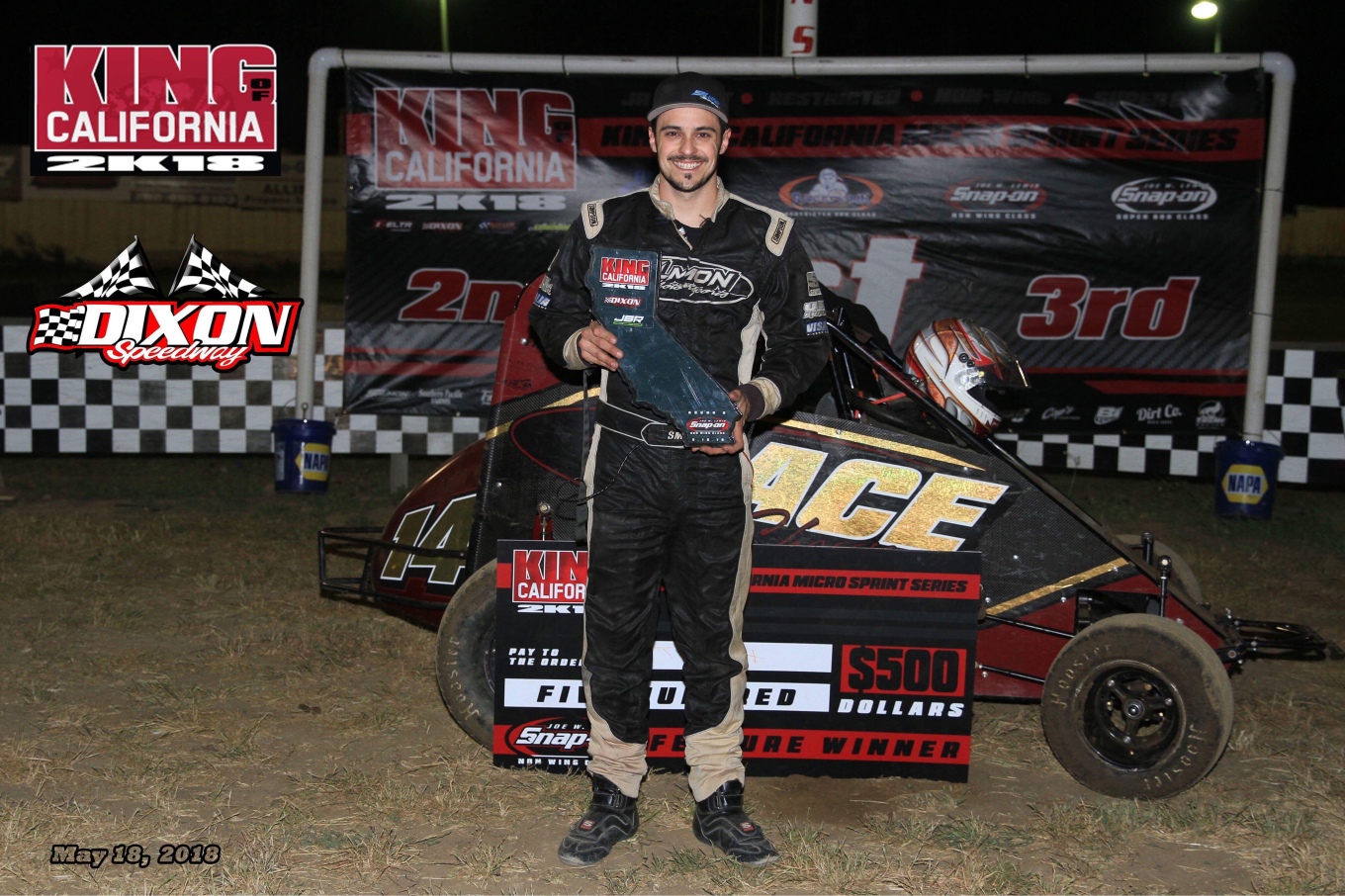 After a grueling 16-round campaign four drivers were able to rise above the rest and lay claim to the first ever crown to be dawned over the four major tracks. The series raced from April to October four times each at Dixon Speedway, Delta Speedway, Keller Auto Raceway at Plaza Park, and Lemoore Raceway. Now that it’s all said and done, Dalton Parreira, Corey Day, Tyler Tj Smith and Joey Ancona have earned the bragging rights.

In the Elk Grove Ford Jr Sprint Class Dalton Parreira narrowly edged out Austin Wood by just six points to lay claim to the title. Parreira intitally didn’t even intend on running the series but early season dominance led to the team going all in. Parreira ended up coming away with 7 wins and nearly suffered a heart wrenching collapse.

The final round of the series saw the 51 suffer his first mechanical DNF of the season while having the most cars in the class all season. Austin Wood drove to his sixth KofC victory of the year which brought him within six points to earn the runner up spot in the standings. Jett Barnes earned third in the series with a win to his credit. It was Caleb Debem who scored the other two wins in the class while coming home with fourth in the standings. 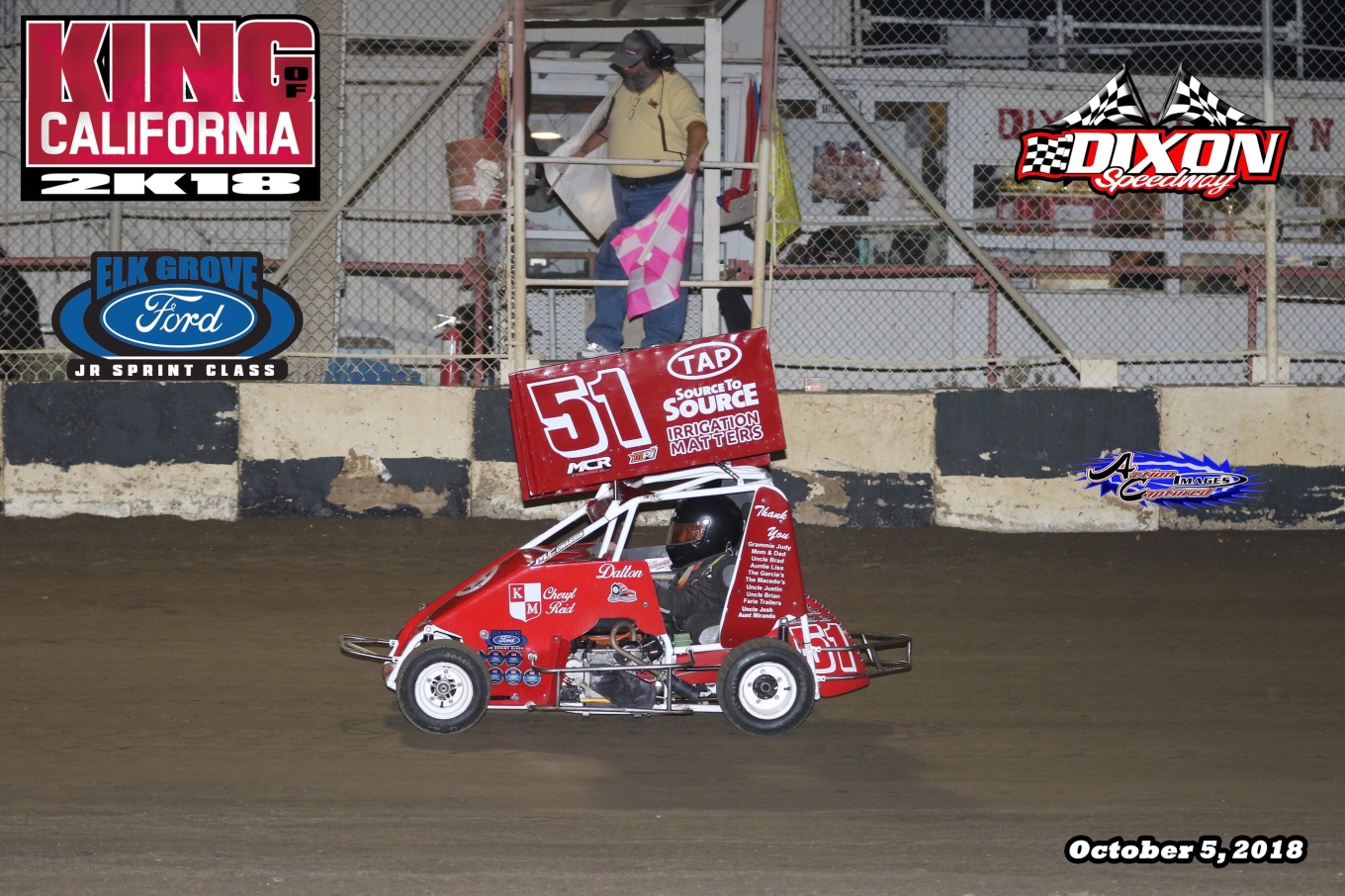 In the Racepunk Restricted class Corey Day came into the year on fire after winning the Tulsa Shootout. He picked up right where he left off by winning the opener at Dixon. However he would not find victory lane again until August but his consistency kept him atop the standings all year long. Once August rolled around he found his winning ways and proceeded to rack up the class high win total with 5, alongside the title.

Day edged out Caeden Steele by 67 points and Dylan Bloomfield by 100. Steele was able to earn a victory over the season at Keller Auto Raceway while Bloomfield racked up the series’ second most wins with 4. Caden Stoll was the only other driver with multiple victories as he captured round two and round six both at Delta Speedway. Throughout the season Gauge Garcia, Katey Syra, Colby Thornhill, and Devon Courtnier were also able to take home victory. Courtnier wound up 4th in points while the consistency of Ashlyn Rodriguez rounded out the top 5.

In the Joe W. Lewis Snap-On Non Wing class Tyler Smith had the title wrapped up before we even got to Dixon for Round 15. He put the exclamation point on the series by capturing another weekend sweep to bring his win total to an astonishing 10 triumphs, more than half the races.

Ben Worth earned himself a victory at Round 3 at Keller Auto Raceway en route to his runner up finish in points. He also gave a valiant charge at the final round where he almost took the win from Smith. Third overall in the points chase went to Jimmy Leal. Leal also turned many heads over the course of the season as he elevated his game to a whole new level. Many times he was a contender for wins this season especially when the series tackled Dixon and Delta Speedway. Leal edged out Nick Robfogel who wound up 4th and and Adam Kaeding 5th. Kaeding captured the opening round win at Dixon Speedway and joining him on the list of victorious drivers this year were, Tristan’s Guardino Rd 2, Ben Worth Rd 3, James Ringo Rd 4, Mitchel Moles Rd 7 and Tucker Worth Rd 14.

The Joe W. Lewis Snap-On Super 600 class went to rising star, Joey the rocket Ancona. Ancona picked up a total of two victories but his consistency sealed the deal for him an entire round early. Ancona scored below 45 points a total of 4 times throughout the entire campaign. The KofC title marks his second in just a single week.

Bringing home the runner up position in final points was Raio Salmon. Salmon earned a victory at Round 14 and put on a valiant charge. Ben Worth scored third in the series but came away with the second highest win total after round 15 at Dixon. He graced victory lane three times on the way to third in points. The driver with the highest win total was Michael Faccinto who captured all four wins in a row, with one victory at each track on the schedule. 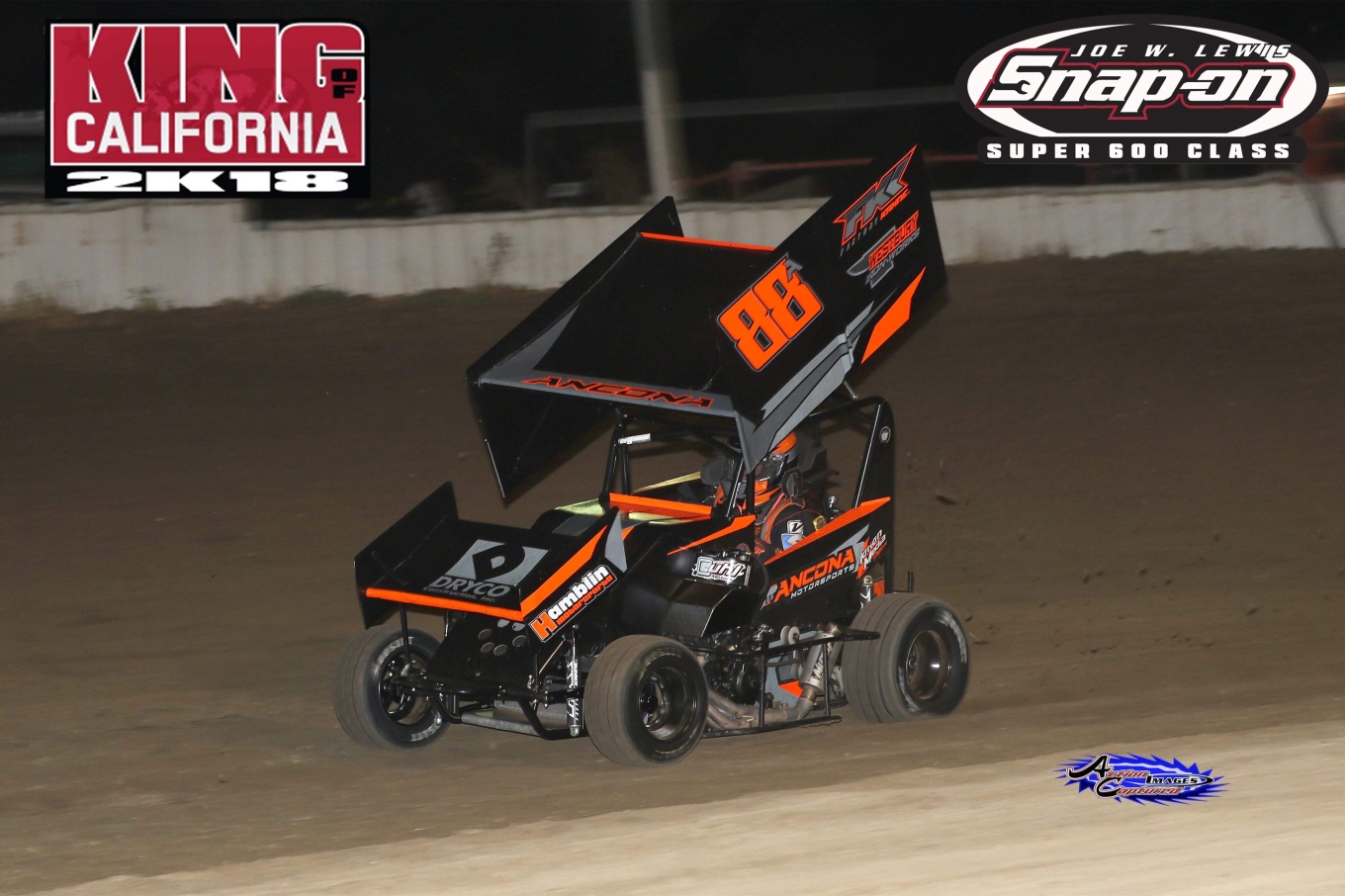 Ten different drivers graced victory lane in the Joe W Lewis Snap-On Super 600 class making it the class with the most parity. It all began with Arizona’s Colton Hardy capturing Round 1, then Be Worth at Round 2. When the series went south for the first time local favorite Paul Javaux took home the trophy at Keller Auto Raceway followed by eventual champ Joey Ancona at Round 4 at Lemoore Raceway. Faccinto won the next four races followed by Jake Andreotti, Dylan Horsley, Cody Christensen, Raio Salmon and most recently Chance Crum who were all able to take home the State of California trophy.

The 16-round season is in the books and your champions can officially celebrate as the first to ever be crowned King over all four micro sprint tracks in California. Those at the top proved that consistency wins titles but consistently winning doesn’t even make it a contest. That’s it for the 2018 King of California Micro Sprint Series congratulations to Dalton the sheriff Parreira, Corey Day, Tyler Tj Smith, and Joey Ancona. Our champions have been crowned, the races are in the books, and the 2019 preparation had already begun. Until next time, thank you all for your participation, we’ll be back to crown new champs next year.

King of California would not be possible without:

Thank you all for your support.

Points (including throwaways) after 14 of 16 races: