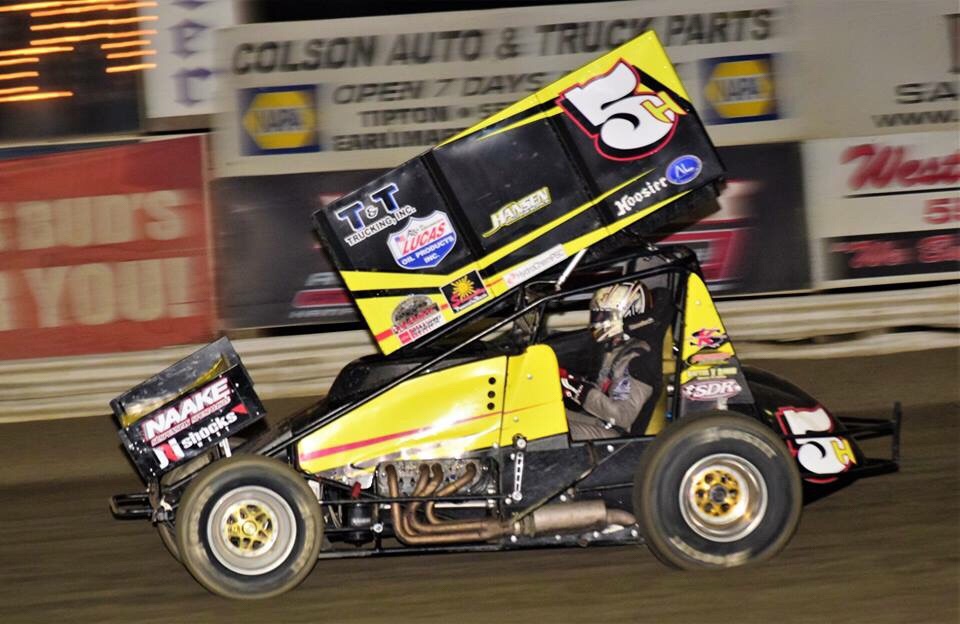 Had it not been for bad luck, Cole Macedo would have had no luck at all, at least when it came to main event time. Every time Macedo got on the track last weekend at the Tribute to Gary Patterson, Macedo proved to be a contender.

At the end of last season Macedo turned in his first career top-5 in a 410 at Hanford but elected to focus on gaining more experience this year. After the experience of a title and a race win came along the opportunity to drive for Van Dyke in the 5H for the final four races of the King of the West NARC season.

Since he’s taken the reigns Macedo has proven to be every bit of a contender. To close out his 2018 campaign Stockton offered up some highlights to reflect upon. He took the 5H out to qualify and turned in a blistering 13.141 that stood for 5th quick. Just two tenths off of quick time, the lap stood high on the board for most of the session.

Now it’s the box score that won’t tell the full story of Macedo’s KWS/NARC main event. As the 30-lap affair got under way Macedo put the 5H into the top five, from seventh, where he stayed the majority of the race.

Things looked to be off and rolling for the young driver with his sights set on making his own name for himself. But then it came unraveled with just six laps to go. A late race cut tire spelled devastation for Cole as he had a solid finish all but locked up. At the end of the evening Macedo brought the 5H home 14th in the KWS/NARC feature of the Tribute to Gary Patterson.

The 14th wasn’t what he was looking for but he showed flashes of speed that are sure to add his name to the list of prospects in line for good rides next year. The Tribute to Gary Patterson closes out Cole Macedo’s season aboard Harley Van Dyke’s 5H and he’s already looking forward to next year. 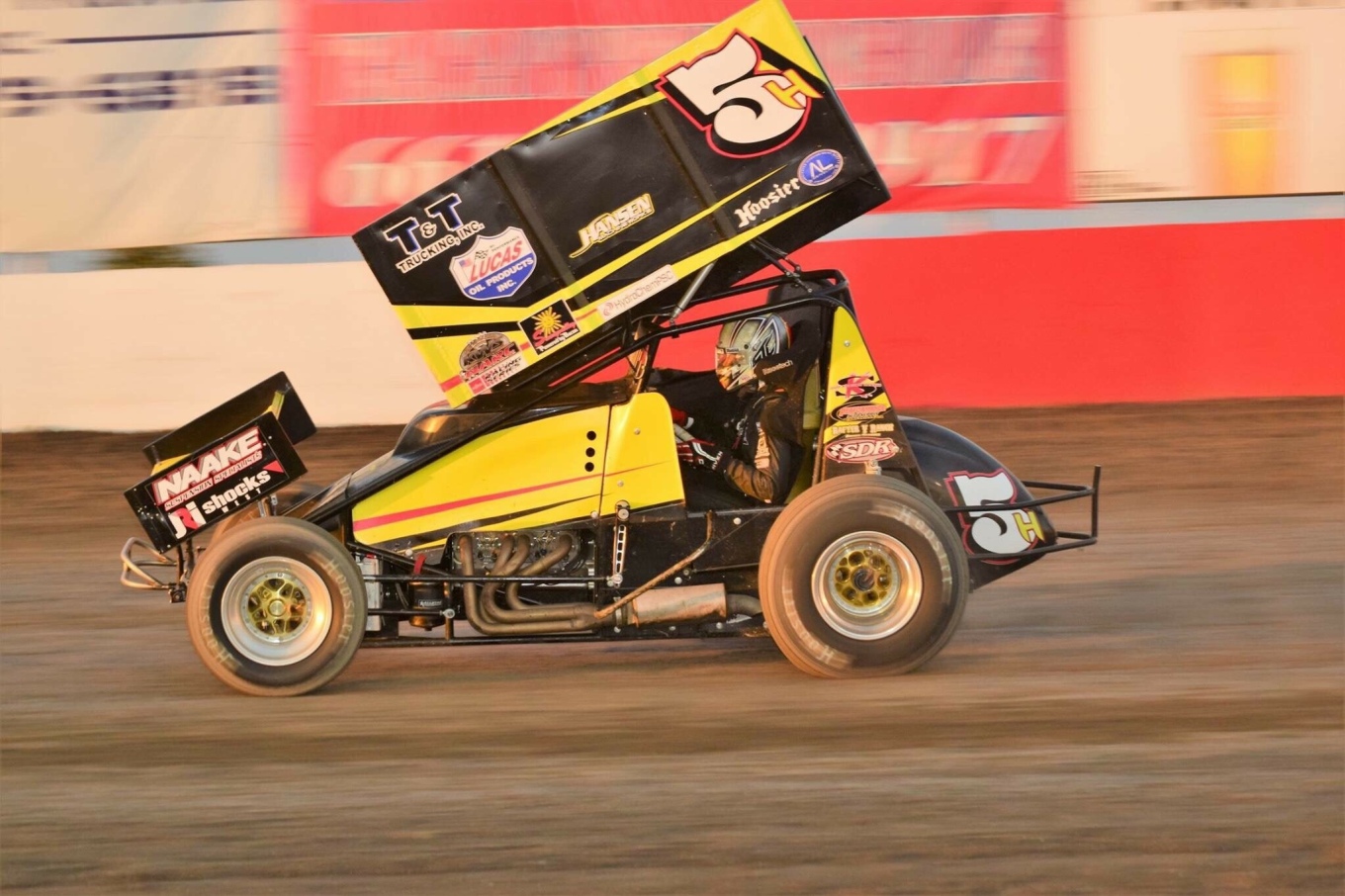 King of the West/NARC 410 Sprint Cars

(Was running in top 5 before tire went down)

Interested in obtaining Sprint Car Insiders services or becoming a marketing partner? We have options available for all levels of support. We strive to leverage the most effective means of adding value to our partners with unique, but proven, practices.

Feel Free to give a ring or shoot an email anytime – Contact: jerrycoxmedia@gmail.com