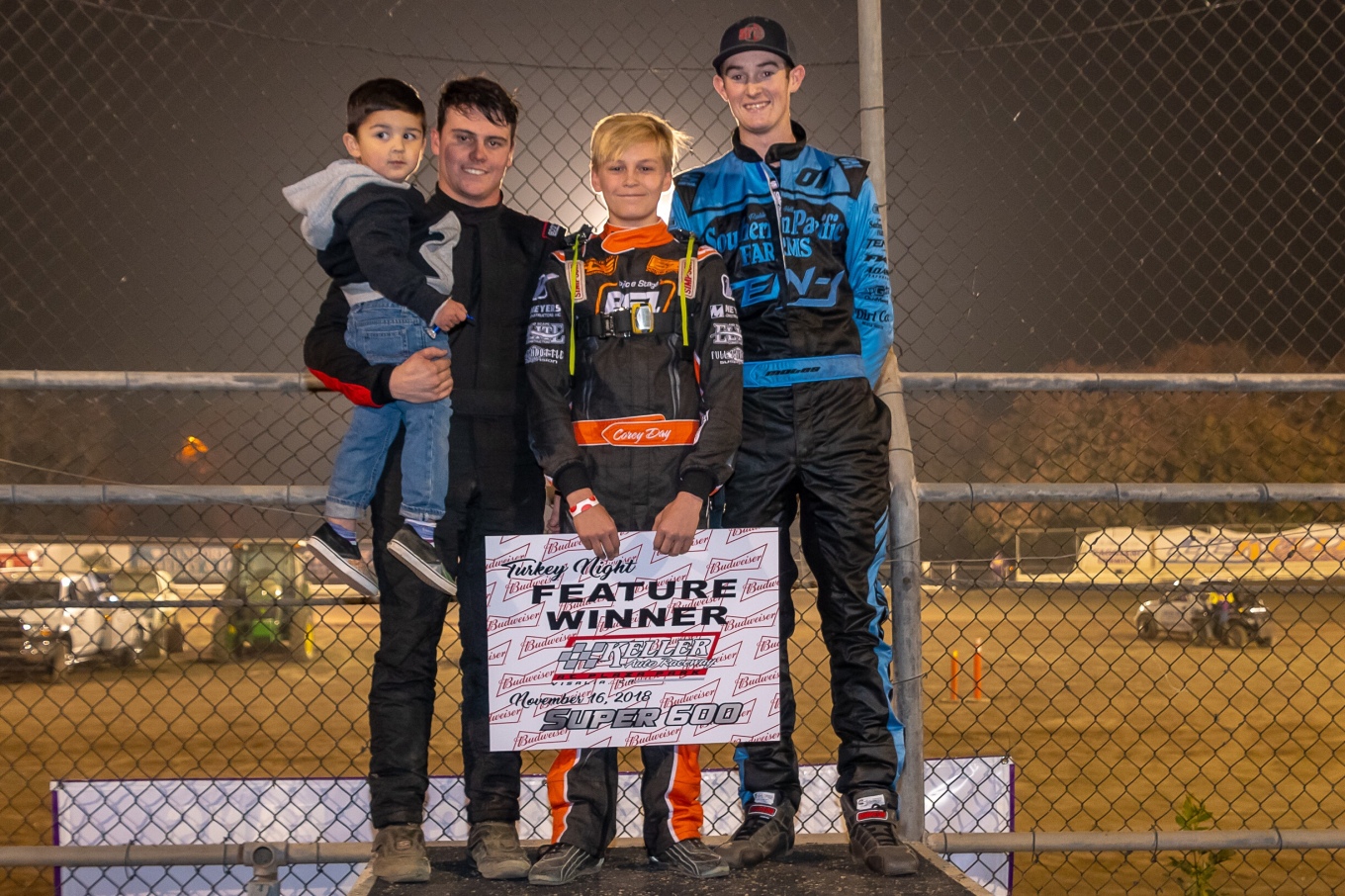 Day showcased his prodigal nature, once again, Friday night at Keller Auto Raceway by driving to victory in his super 600 debut.

Fresh out of the Restricted Class, at the mere age of 12, young Corey Day stunned a star studded field, by picking up the victory in his first start. Not only did he pick up a win, but he made a statement by passing some heavy hitters in doing so, and then backing it up with a podium on completely different track conditions on night two.

Corey Day was lightning fast out of the box all weekend long in his D1 Chassis. It all started with third quick in qualifying. He then went out and gained some serious confidence with 2nd in his heat race. This is also where he gained some notoriety as a sensible driver. Facing a nice sized hole in turn one it almost got the best of Day once. But he came back around the very next lap and figured out what he needed to do to miss the hole and be just as fast.

Then it was time for the main event. Starting the main behind two prominent contenders the only expectation for Day was to gain some experience.

But the only experience he wanted was standing on the top step of the podium. 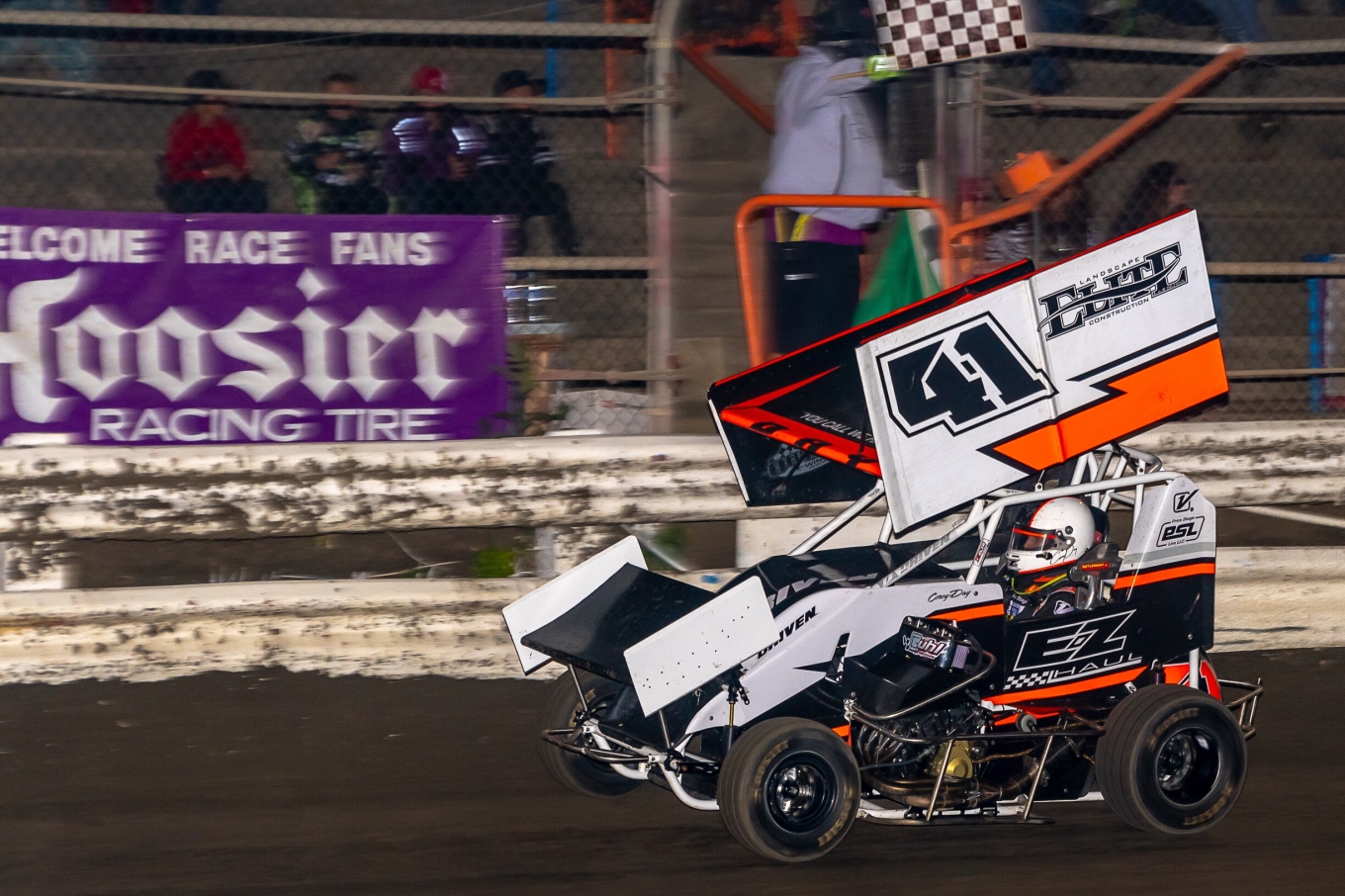 After a few laps Day dropped the hammer and held back no more. He made the move into second and reeled in the leader. He followed it up with a veteran level pass of the lead by taking the line away without forcing himself into a window there wasn’t room for. Just like that Corey Day found himself leading in his first career Super 600 race.

It wouldn’t come without challenge however as he would be pressured down the stretch. The final five laps had the Day crew on their toes as he was clearly being sized up. The white flag waved and Day withstood the final charge.

After 30-laps Day crossed the line as a first time starter, and now, first time winner.

“This win is right up there with the Shootout, I can’t believe this,” said Day on the podium. “I can’t believe I just won a Super 600 main, this is awesome.”

The weekend could have ended right there and then and it was already a success. But Corey Day found a way to make it even more impressive.

Track conditions were completely opposite of Friday night. The track had slicked off and slowed down presenting Day with another challenge that brought upon the nerves for young Day. Once he got back Into the car, and out on the track, he shook the nerves off quickly. 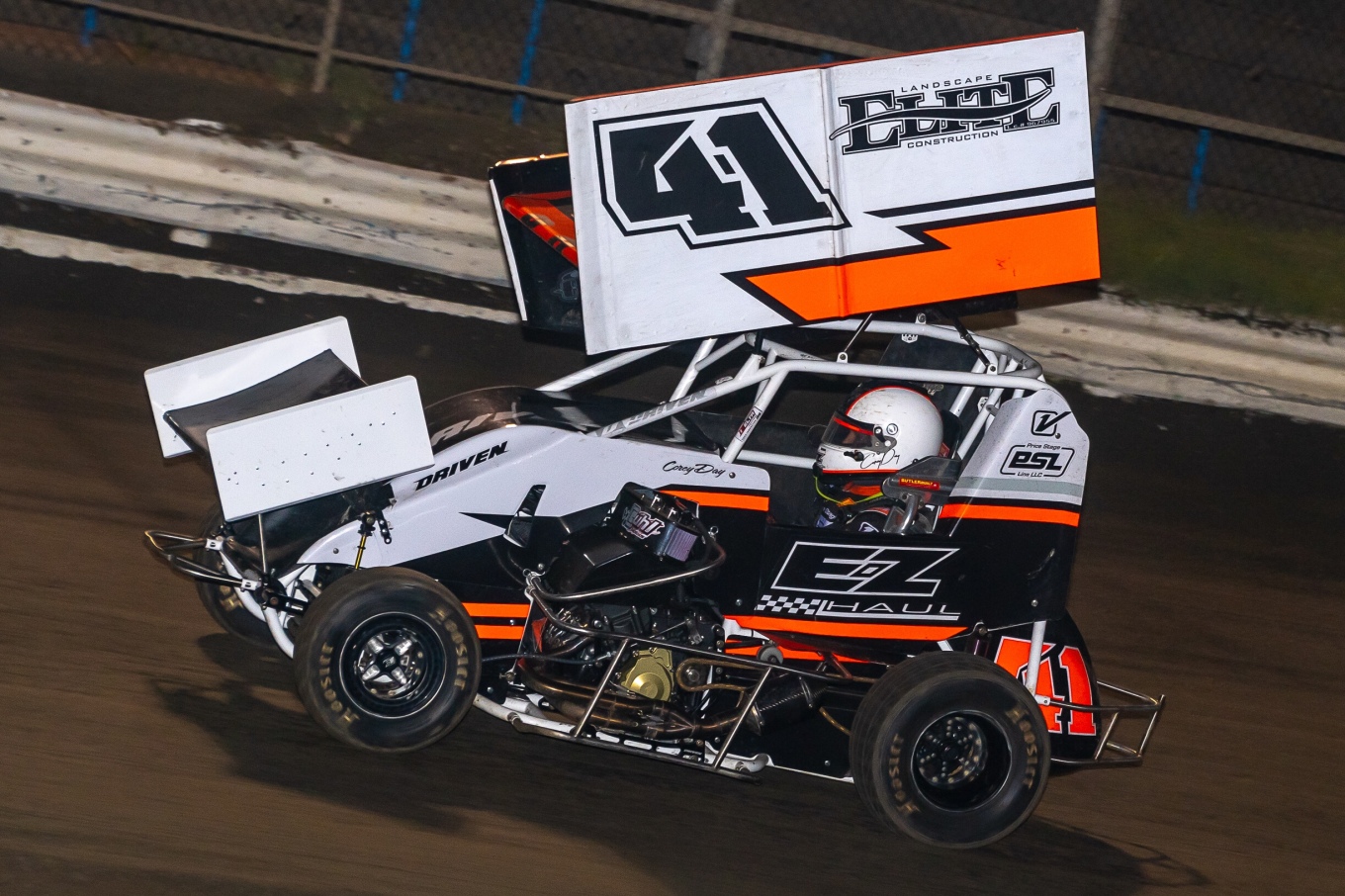 The cockpit of a racecar is obviously Corey Day’s element. The main took off and he drove his way up to second. After handling every lap with precision and patience Day held on for the runner up spot.

Day was all smiles on the podium.

“I didn’t know I could that,” said Day. “My confidence is way higher now that’s over with, this weekend was so much fun.”

Corey Day’s first career Super 600 weekend has come and gone but no one will soon forget. The young man managed to win in his first attempt just like he did at the Tulsa Shootout almost a year ago. At the age of 12, Corey Day continues to impress all of those who watch him drive.

According to the man behind D1 Chassis, Jake Hagopian, it’s not even Corey’s driving that is most impressive, it’s his maturity and ability to give feedback. For being so young, according to Jake, he can get out of the car and give you the feedback of a true professional.

So far it’s been a super career, in just a super short period of time.

He is the Prodigy. 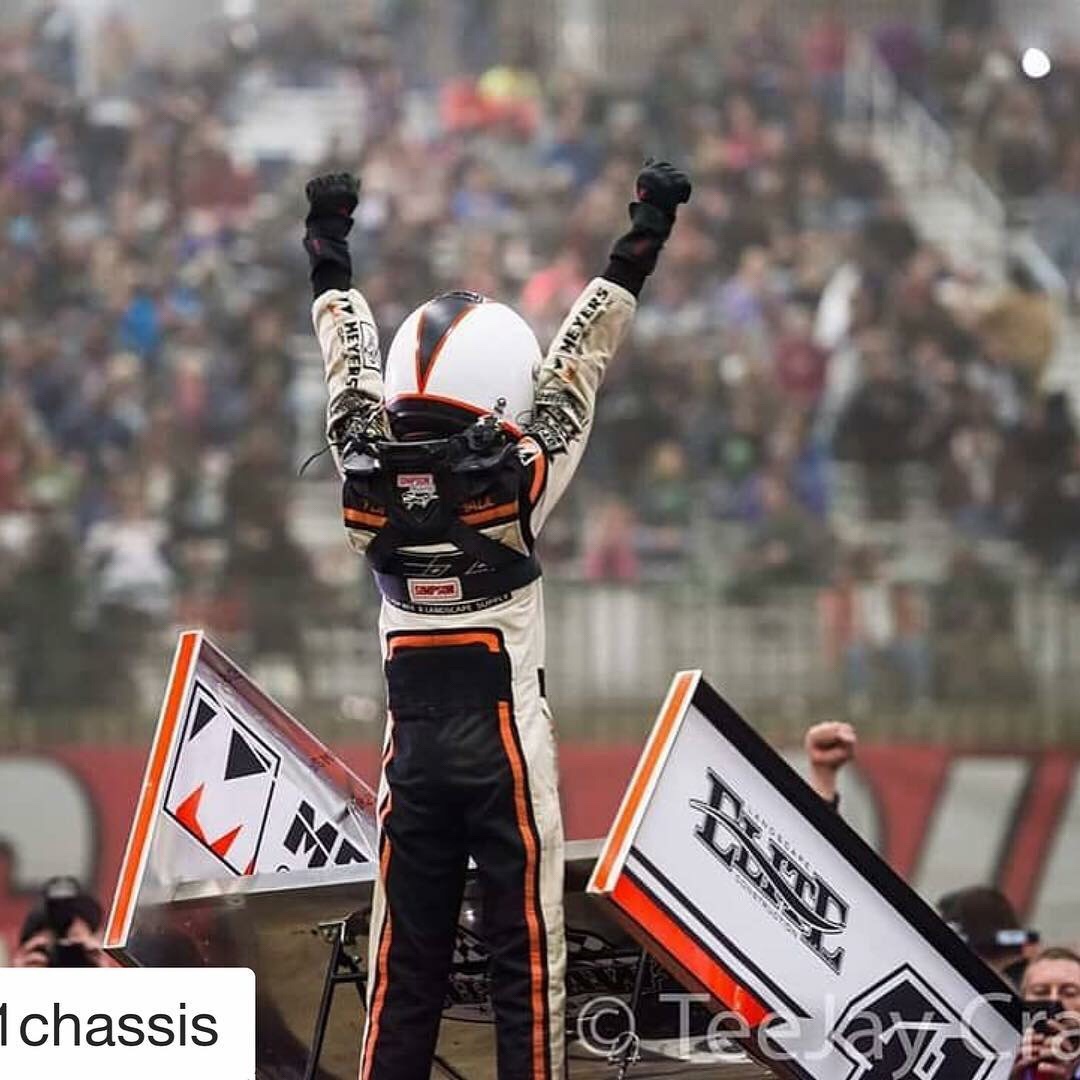