Sprint Car Insider- Driver Exclusive. VISALIA, Ca. (December 16, 2018) –When it comes to turning the corner of confidence Ben Worth may be the poster child for realizing his own potential during the 2018 season.

Worth has always been recognized by his competitors as fast, and capable of winning on any given night, but after 2018 it’s apparent that he realizes this. After 37 races, 68 main events, over an eight month span Worth turned 10 victories, 37 top-5’s, and 52 top-10’s.

When Worth wins he’s always been know to do it in thrilling fashion, that’s his claim to fame. The glaring statistic that jumps off the screen for Worth were his 54 top 10’s. That makes a bold statement in the improvement of his consistency factor. In 54 out of 70 main events across both the wing and non wing classes Worth crossed the stripe in the top ten 76% of the time.

Not to be forgotten there is another category that everyone wants to lead. Having the highest win total on a season is something every racer wants to achieve. Although Worth doesn’t lead the amount of wins category, he does boast an impressive percentage of versatility. Especially being a self proclaimed “non wing ringer,” to have 6 wins in the super 600 class to 4 wins in the Non-Wing class, aboard two different Chassis manufacturers, on the season speakers volumes about Worth’s adaptability. 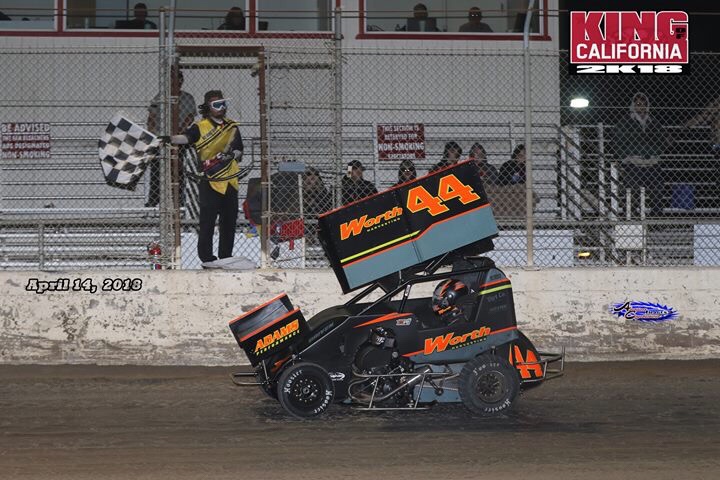 Taking his adaptability into consideration, let’s not forget he also took home a checkered flag from each track this year. Worth earned wins at Dixon, dominant wins at Delta, a handful at Lemoore, before taking the lions share of victories at Plaza Park, let’s not forget Worth was running down a victory in Washington. He also kicked off the year by being one of the fastest drivers out of the gate in Tulsa last year opening the eyes of many.

Not to mention Ben Worth turned in some historical runs on the season as well. In September he became the first winner aboard a TEN-J Chassis. The very first weekend he debuted the non-wing car he felt right at home, and put it in the victory circle. Perhaps however the two runs that stand out the most were both against the stop watch. At Delta Speedway’s Turkey Bowl Worth logged the fastest 10-lap total time in the history of Delta Speedway finishing in under a minute and a half. Just a few weeks later at Plaza Park Worth eclipsed the newly set track record with his main Event speed.

It was certainly a banner year for Ben Worth.

With a year of gaining confidence under his belt, a lot more familiarity and continuity, things are coming together for Worth as the return trip to Tulsa is now just days away. Ben Worth is a completely different driver this time around. Last year those around Worth kept saying he could win, but this year inside of the Expo Center no one will need to tell him that. Finally the most important person is convinced, and that might be dangerous for the rest of the competitors with their own plans of winning.

The 2018 season has come and gone and now the countdown to the annual pilgrimage to the Sooner State is about to begin. So many leave behind the Golden State with dreams of hoisting a Driller, yet only the elite of the bunch have transpired those dreams into reality. Can Ben Worth be next?

Find out by staying right here on Sprint Car Insider as we bring you all of the up to the minute Information, breaking news, and latest results from Ben Worth’s journey to the 34th Annual Tulsa Shootout. Sprint Car Insider will have all the details from another bout beneath the roof of the Expo Center.

Up next from Sprint Car Insider look for the official Tulsa Shootout announcement on Worth as well as the TEN-J Chassis Company which Worth will be flying the flag for high. It’s all soon to drop to stay right here.

On Deck for Ben Worth

Make sure to follow Sprint Car Insider on Facebook, @SCI_updates on twitter or visit our website – sprintcarInsider.co for or all of the updates on Ben Worth as he continues his assault on the 2018 campaign.

Or Follow Ben and his racing efforts personally at

On the Horizon for Ben Worth