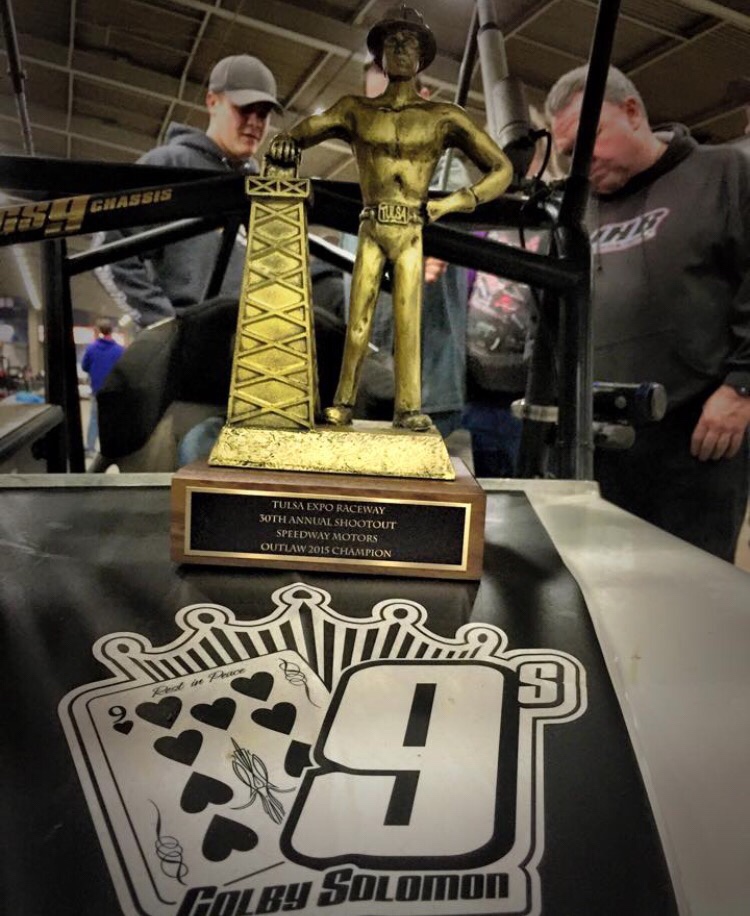 Sprint Car Insider – FRESNO, Calif. (December 24, 2018) – As you drive into Lemoore Raceway the slogan on the sign reads – Lemoore Raceway “Home of the nations fastest Micro Sprint racers.” But how did we earn that title.

Along with nearly seven decades of racing in Lemoore, the last three decades have produced some of the sports most legendary names. Even more specifically, just a few short years ago, graduates from Lemoore Raceway went to the biggest Micro Sprint race on the planet and turned it into a local show.

Rolling into the 2015 Tulsa Shootout a handful of drivers presented themselves as favorites to win, but nobody could have envisioned the extent to which they would deliver. Alrhough Oklahoma topped the Driller by state category, it was the Golden State who delivered the premier class sweep.

To list the drivers from the region who have found success in Tulsa would take a whole new story. The central San Jauquin Valley has long presented legends of Micro Sprint racing but 2015 was different, in 2015 four drives rose to the occasion and showcased valley dominance to the world. Not only did they show Driver prominence, but manufacturer superiority as well.

Michael Faccinto came into Tulsa after a season of strait dominance. He debuted Rick Bray’s all-new CS9 Chassis and took it to victory early and often. He won the Inaugural King of California series, Plaza Park Raceway’s track Championship, Lemoore Raceway’s track Championship, and had 20 plus wins. He already had an Outlaw non wing Driller to his credit but if you spoke to him he’d be the first to admit there was only one race that mattered all season – The Shootout.

Then there was Cory Eliason flying the D1 Driven banner. Coming in after a very successful Sprint Car season, and Clay Cup Championship, Eliason would be aboard the 10j car that had found victory lane on multiple occasions during the 2014 season. As the Fresno based Driven brand was rising to prominence, Eliason’s 15 Shootout would write another page in the young book of D1 Driven.

Then there was Raio Morgan representing Visalia’s Pace Chassis. Now Raio Salmon, she had a multi win season in 2014 as well, but may have found herself as the biggest wild card on this list. Always known for running the bottom better than anyone, Raio’s driving style has always made her a threat in Tulsa.

Four drivers aboard three different manufacturers all hailing from the Central Valley were about to take the Shootout by storm.

Michael Faccinto rolled off for the 50-lap main event from the sixth position. He charged his way through the field with precision and aggression. By the half way mark he found his way into the runner up spot.

With 25 laps to go Faccinto rolled up onto the back of the leader and the battle ensued. Laps clicked by as the battle raged on before Faccinto finally pulled the trigger.

He and the leader made contact with the leader gathering it back in and Faccinto slamming into the concrete barriers. As Faccinto fell back to the fourth spot he almost watched his Outlaw class Driller of his dreams go up in Smoke.

But he kept his head down dispite the damaged Jacobs ladder on his CS9 and put Rick Bray’s creation back in contention during the closing stages. Behind Faccinto fellow Central Valley drivers Cory Eliason and Raio Morgan freight trained their way to the front. Many on hand to witness say the Eliason could have very well been the fastest on the track, and if the race was 55 laps, the outcome could have been different. 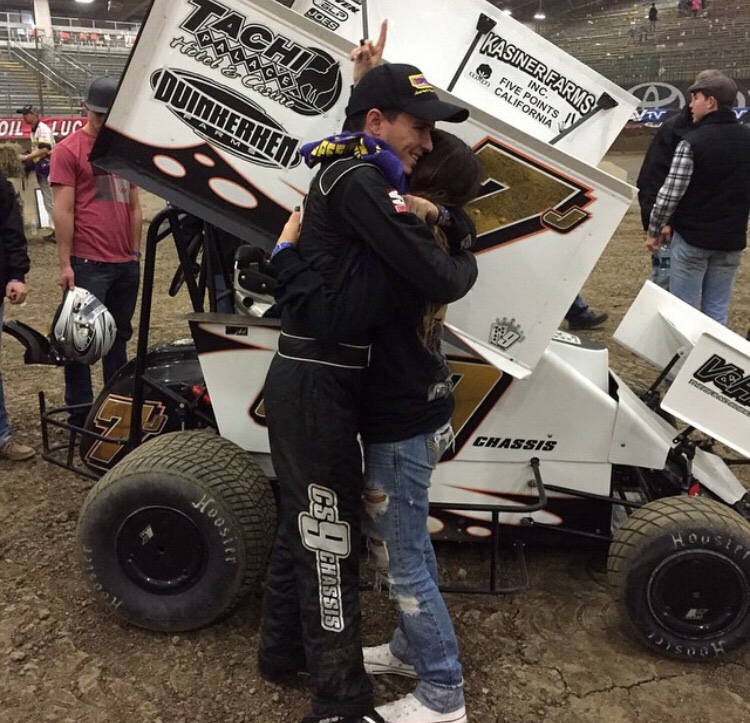 Faccinto found his way back into the top spot and drove the CS9, named in honor of Colby Solomon, hailing the number his father Monte made legendary, Michael Faccinto completed the dream season.

It was the only race that mattered to him and he did it. Michael Faccinto won the Outlaw Class Driller of the 30th Annual Tulsa Shootout. 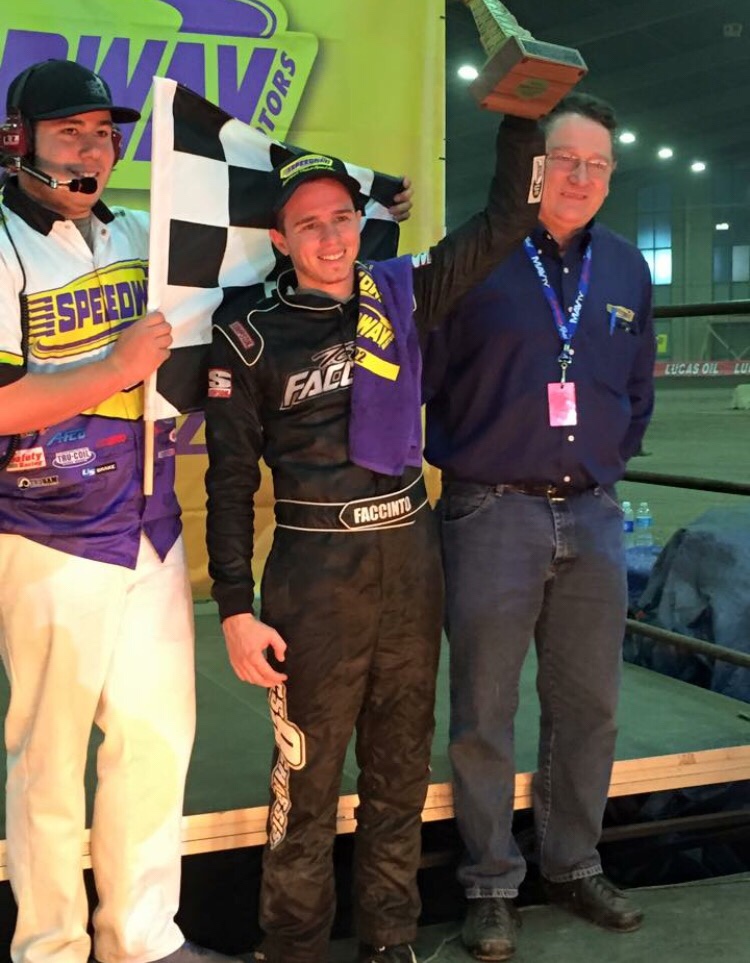 Cory Eliason joined him on the podium after piloting his D1 to the runner up bid. Raio Morgan had her career-best highlight to that point, after she brought home her Pace Chassis 3rd.

Adding to the allure of Central California proving to be the home of the nations fastest Micro Sprint racers Gio Scelzi took home the A-Class Driller and Alex Panella brought home Restricted. Alumni from Lemoore Raceway have almost as much history at the Shootout as the Shootout has history at all.

But one glaring Race stands out, the night in January of 2015. Three drivers, three brands, one thing in common, – Where they came from.