Sprint Car Insider- Driver Exclusive. TULSA, Okla. (January 5, 2019) – Its all come down to this. One final main event lies ahead for Dalton the sheriff Parreira and it’s the biggest one of his life so far.

Twenty laps sits between the Sheriff and a Golden Driller. It’s the most coveted prize in Micro Sprint racing and Dalton Parreira will roll to the green flag from outside the second row. There’s only one the sheriff hasn’t completed in a Jr Sprint and in his final race behind the wheel of one the opportunity is firmly within his grasps.

He won everything there was to win this year. He took home the Clay Cup Nationals, he bested the field on 24 occasions, narrowly slid by to become the King of California, and earned three separate track championships. His win total and percentage already puts him high amongst the ranks of the greatest Jr. Sprint racers in history. Earning a Golden Driller will further solidify that notion and elevate him into the echelon of drivers still performing at an elite level today in the professional ranks.

The Parreira family almost didn’t get the opportunity to come to Tulsa but the team could not deny the Sheriff his opportunity on the grandest stage. They clawed their way out to interstate 40 and now have the chance to make the pilgrimage worth the fight. Parreira may be ready to make the transition up to the 600 ranks but his focus has come back to finishing the task at hand one final time.

It’s Driller Day from the 34th Annual Tulsa Shootout and the end of an era for Dalton the sheriff Parreira. He will take the green flag behind the wheel of a Jr Sprint for one final time. His Jr Sprint status is already legend, but this is his chance to become legendary.

It’s all on the line tonight. One final twenty lap bout remains, it’s a Shootout. It’s THE Shootout. Does the Sheriff run the town in Tulsa?

We’re about to find out. It’s Driller time! 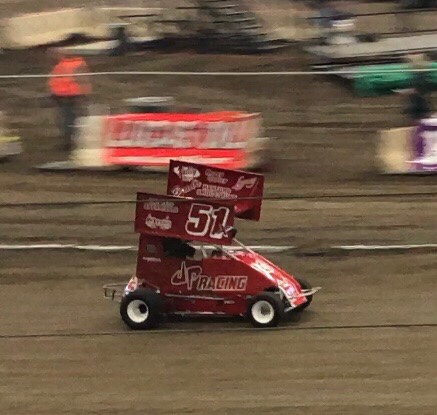 Catch the action live on http://www.racinboys.com

Make sure to stay right here on Sprint Car Insider for all the updates on Dalton the Sheriff Parreira and his entire journey to Tulsa.

For all the latest breaking news, up to the minute results, and complete details on all your favorite drivers be sure to stay right here on Sprint Car Insider. We will be live from the Shootout bringing you wall to wall coverage on all the action.

website – sprintcarInsider.co for or all of the updates on Dalton the sheriff Parreira