It was just a little over a week ago when Ashton Torgerson came out and debuted in a TEN-J Chassis at Plaza Park. He adapted to the car quickly, showcasing that adaptation by turning quick time in his first ever attempt. He followed that up with third in his first heat race in the car and second overall on the night.

The next night he did even better.

Torgerson came out swinging at Dixon Speedway and turned up quick time once again. In his second night however, he turned up the heat through the entire program. Dixon Speedway has been good to the 02 this year as he earned two of his three wins this season on the 1/5 mile oval. Keeping up with that trend at Dixon in his first race in the new car he put it on the podium with third and overtook the points lead. He now sits 4 points ahead of second stop the standings. 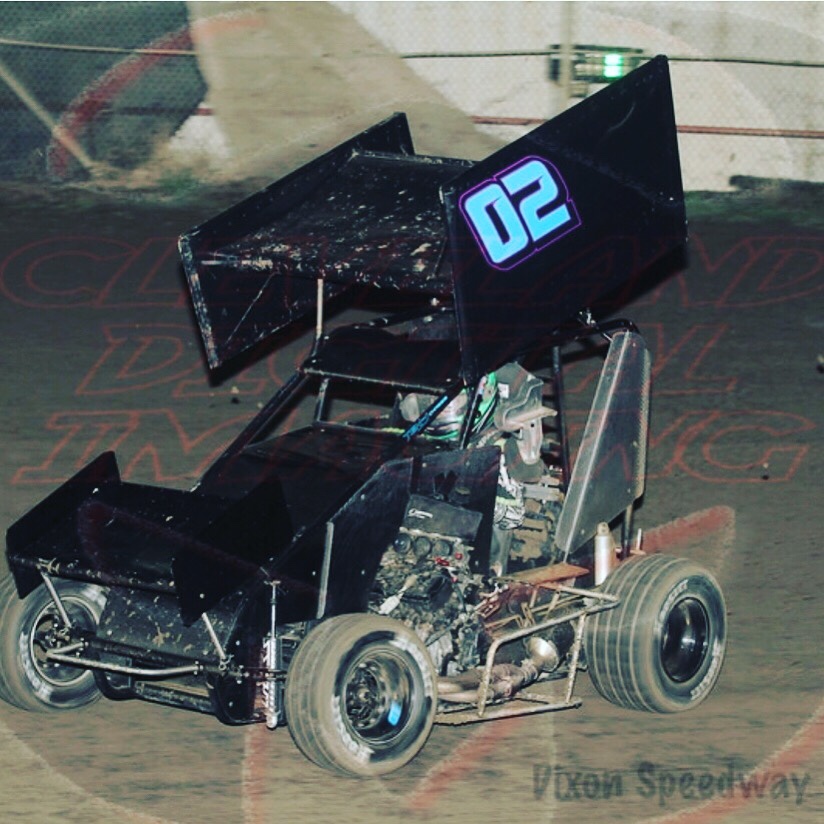 Torgerson is showcasing real speed in the TEN-J and he had it again last weekend at Delta. He qualified fastest for the third time in a row against the fastest Restricted class in the nation. He went on to finish third in his heat. Although he started the main 4th and finished 8th it was his third consecutive top 10 finish.

The speed is obviously there. Ashton Torgerson has adapted well with his new TEN-J and the team see’s some real potential.

“That kids got it,” Jerrod Huckleberry said. “He can definitely drive a race car and I’m happy to see him in a TEN-J. We’re going to make sure he has everything he needs to be successful.”

That’s a big statement coming from the head fabricator, and man behind the TEN-J vision. Judging by the manufacturers accomplishments this year alone, Huckleberry is a good judge of talent, and his drivers have shared plenty of success.

More success is sure to come to Ashton Torgerson if he continues on the path he currently sits on. Up next for Torgerson he returns to Keller Auto Raceway Plaza Park where he sits 5th in the Stock Class Standings, and 7th in Restricted. He’s had some success this season at Plaza with podiums in the Stock Class and numerous top 5 finishes in both stock and Restricted.

This Friday night the 02 returns to Visalia to try and put himself on the top step of the podium. With three wins so far this season, Ashton Torgerson goes for four on Friday night.

Then on Saturday night he returns to Dixon Speedway for the first time as the points leader at race 11. With five rounds remaining including the make-up race of round 5, Torgerson has a slim margin for error holding just a four point lead. His best solution is to keep the #02 TEN-J out front and earn his third Dixon Speedway victory of the year.

It’s a doubleheader weekend on tap for Ashton Torgerson and Torgerson racing. Don’t miss a second of the action by following all the results and details on Ashton Torgerson and his charge toward a title on Prodigy Race Promotions on Instagram and Facebook and with the official Driver Exclusive recaps right here on Sprint Car Insider. #PRParmy