In fact, Trevino actually comes out of the other side of race 10 with a larger advantage than he went in with. Prior to Saturday night Logan Trevino held onto a 7 point lead in the Delta Speedway track Championship Standings. Today, the margin is 10.

With only four rounds remaining there is no room for error, every position is critical. The Prosperi/Trevino Racing team is lucky to escape last weekend in the position they’re in. However, with Saturday night being the first time all season Trevino has finished outside of the top ten, this could be considered an anomaly.

In 22 features Logan Trevino has four wins, 13 podiums, 19 top fives and 22 top tens. He has been the hallmark of consistency this season. He has shown every characteristic of a champion. 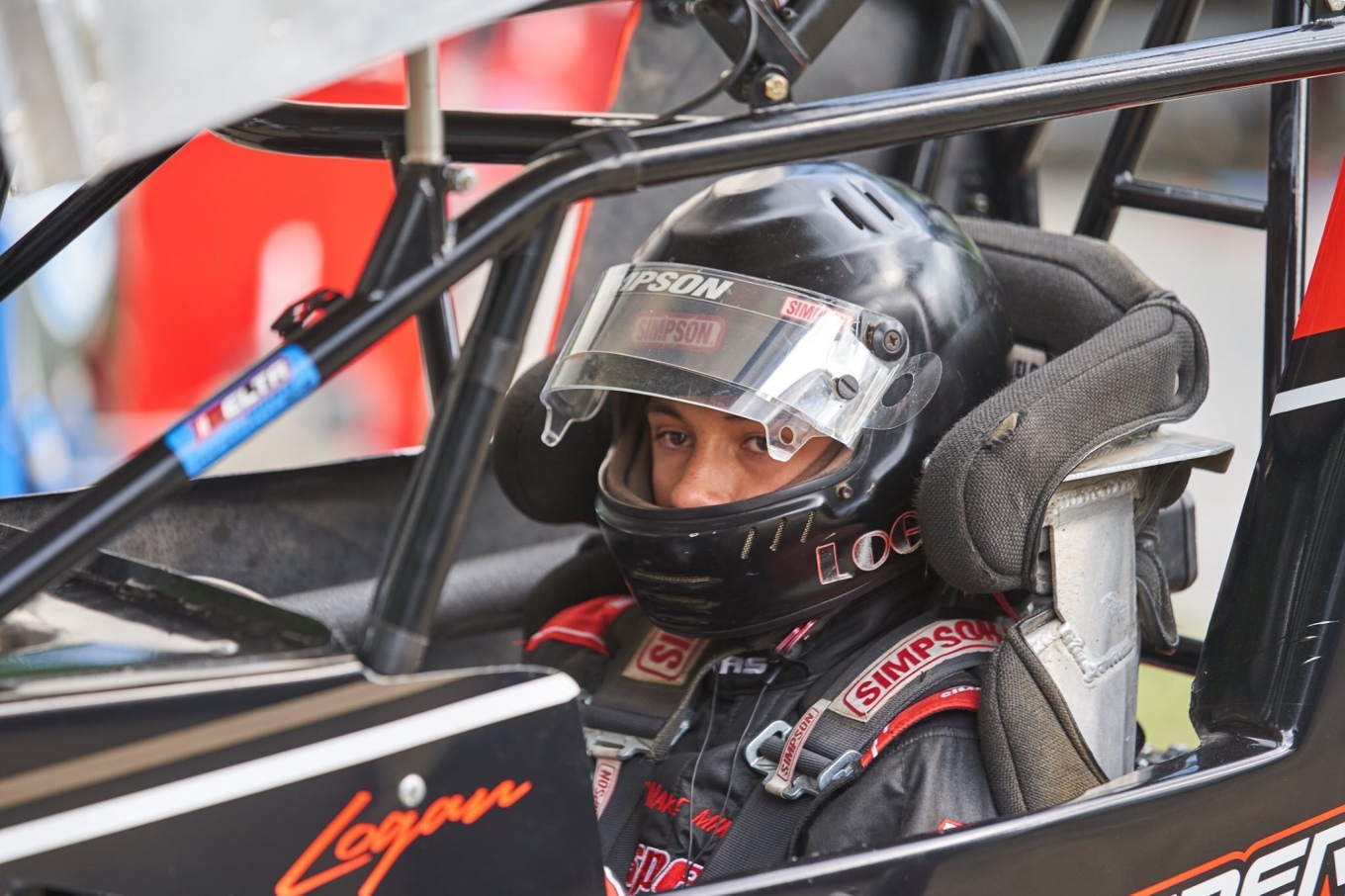 Saturday night started with 12th in qualifying. The field was deep and track conditions were ever-changing. In his heat race he started on the pole and set sail from the field. He went to the 25- lap feature starting from the 11th position.

The green flag waved on the race 10 Restricted feature and Trevino was ready to make a charge. But in the sport of racing not everything is within the drivers controls. According to his father, Anthony Trevino, a fuel pump failure lead to Logan’s first DNF of the season.

“Delta point race #10 did not end like we hoped” Anthony Trevino said. “First we missed setup on a great track. Then Logan’s night ended on lap 11 with a faulty fuel pump and his first DNF at Delta.”

Despite his issues Trevino remains the points leader in large part due to his incredible consistency to this point in the season. With four rounds remaining he controls his own destiny. His father Anthony is entirely too hard on himself as the crew chief but he expects himself to provide exactly what the 7t needs at all times.

“Like they say, That’s Racing,” said Anthony. “Thank again to all our sponsors, family, and friends for all your support.”

Logan Trevino will be back in action this weekend closer to home at a pair of tracks he has wins on already this season. Friday night is slated to be the return to Keller Auto Raceway where Logan won back in April.

On Saturday night he returns to the site of his most recent victory – Lemoore Raceway. It’s a doubleheader weekend for Prosperi/Trevino racing and they look to regain the confidence that has continually kept them in the top 5 and on the top step of the podium.

Don’t miss a second of the action by following all the results and details on Logan Trevino and his charge toward a title on Prodigy Race Promotions on Instagram and Facebook and with the official Driver Exclusive recaps right here on Sprint Car Insider. #PRParmy

Logan Trevino and everyone at Trevino/Prosperi Racing would like to cordially thank all of their sponsors for their continued support, and belief in the program.

Visit our website – sprintcarInsider.co for or all of the updates on Logan Trevino as he continues his assault on the 2019 campaign.