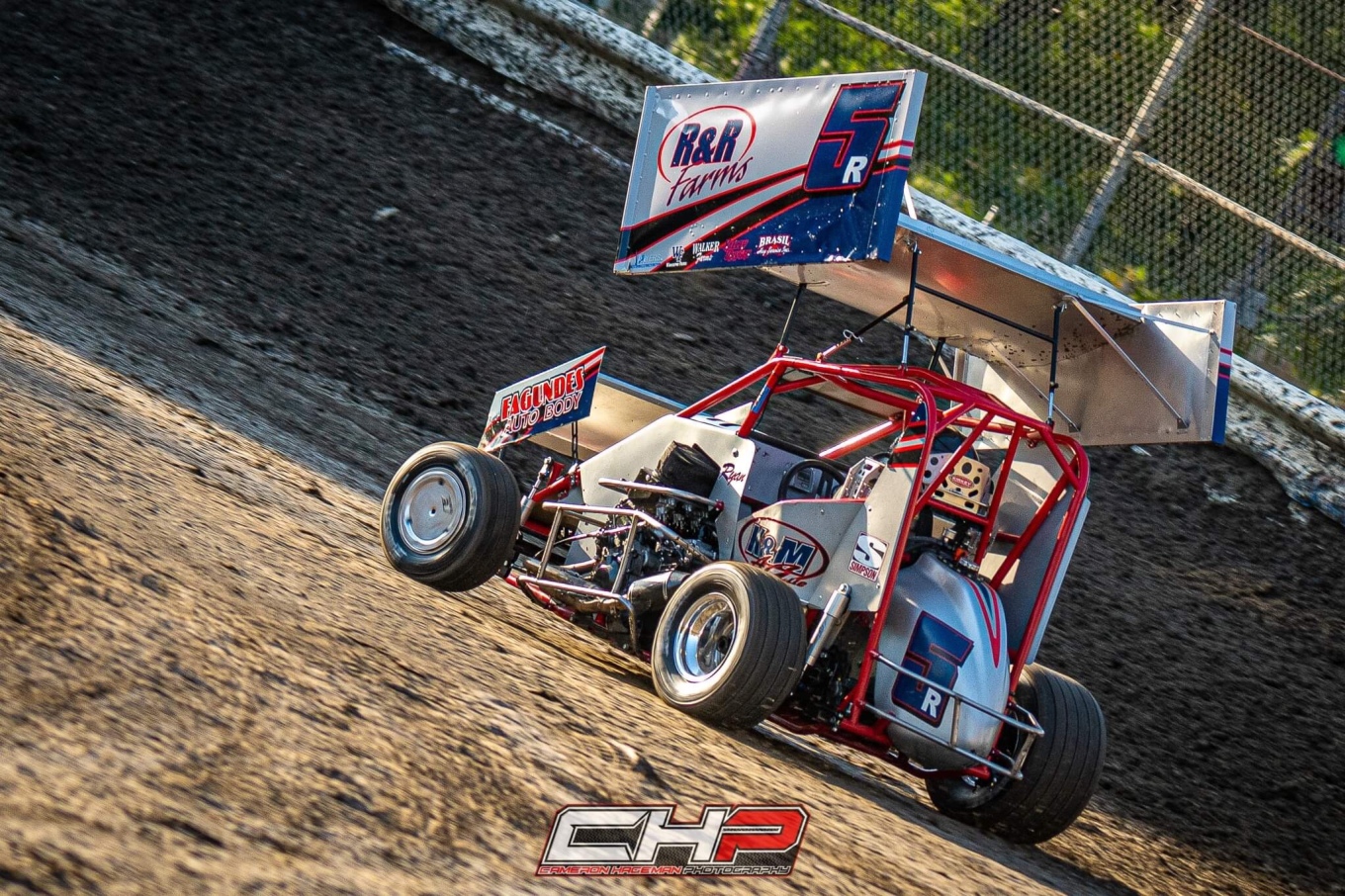 Rocha has been having a lights-out season in the Stock Class with all five of his wins coming by way of the Stock division. However, Friday night at Plaza Park he nearly won his first Restricted main event of 2019. After leading most of the way Friday, he ended up putting the grey number 5R Pace Chassis on the podium with second.

“It feels pretty nice to finally do well in both classes,” Rocha said. “I missed my line by a smidge in the Restricted main Friday and that got me passed but it still felt good to get second.”

Friday night started off with fourth quick in Stock qualifying and sixth quick in Restricted qualifying. From there the team found challenges in the Stock class taking fifth in the heat race. In the Restricted class they found momentum. Ryan went out and won his Restricted heat race in dominant fashion.

In the 25-lap stock main event Ryan brought the blue 5R home in fifth. It was the Restricted feature that Ryan shined in on Friday. He started from the pole and showed the way for the majority of the race. He lead all the way up until, as he mentioned, he missed his line and allowed second to creep in and make the pass. He was able to hold on to second making the podium in one of his two attempts Friday night.

Next it was onto Lemoore Raceway where Ryan came in blazing on a hot streak. He had won the previous two outings at Lemoore in the Stock class and he looked to do it again.

The night started off as a runner-up type of night. He qualified second and finished second in his Stock class heat race. In Restricted he qualified fourth and earned second in the heat. He started from fourth in his Restricted class main event and finished in the same position on a “follow-the-leader,” type of track according to Ryan.

The Stock class was where the action was once again. 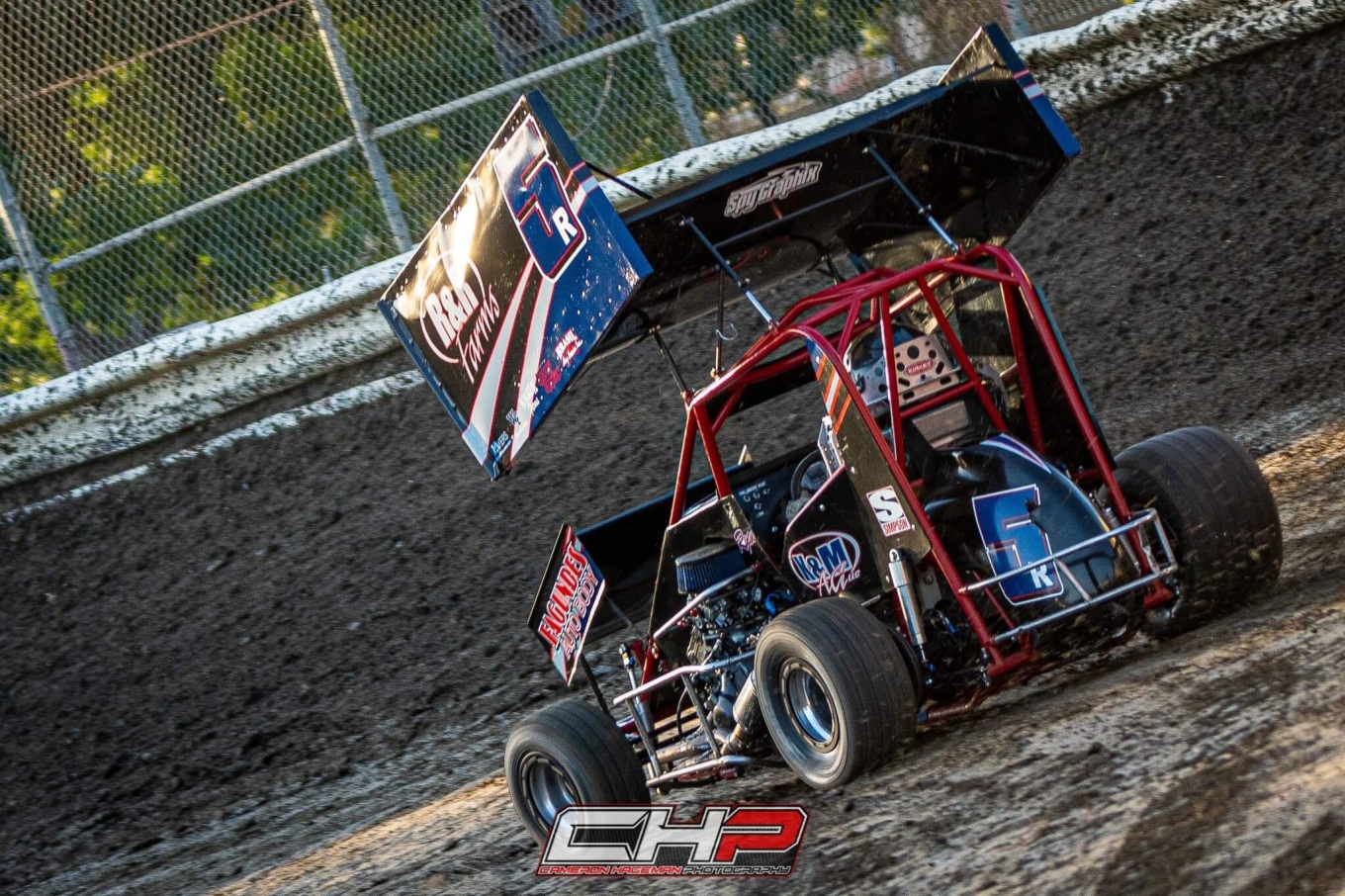 “We didn’t do that well at Visalia in stock,” Rocha said. “So we put our heads down, got focused, and figured out what we needed for Lemoore.”

He started the 25-lap feature from the outside of the front row. After maintaining the second spot for a good portion of the race a caution came out and the field came to a restart.

Rocha says he got a little lucky on the restart when the 15B got too good of a start and spun out while leading. Following the 15B’s misfortune, Rocha inherited the lead.

The rest is history.

Rocha drove his way to his third consecutive Stock victory at Lemoore and fifth win of the 2019 season.

“It feels so cool to have a three race win streak at Lemoore,” said Rocha. “We just had a good day, did what we needed, and put the car in victory lane.”

Rocha will be back behind the wheel of both cars in two weeks when the lights come back on at Plaza Park for Race 9. Race 9 at Plaza will be a special night for Ryan as it’s his birthday. Ryan hopes to stand on the top step of the podium twice for his birthday.

He’ll follow up his birthday night run at Plaza with another run at Lemoore the next day. On Saturday September 7, Ryan rides into Lemoore with a shot at four in a row. The winning streak is on the line.

Stay updated with all of the details, updates and results as they happen by following Prodigy Race Promotions on Instagram and Facebook @PRParmy.

The hunt down for four strait is on for Ryan Rocha. Don’t miss a second of the action. #PRParmy

Ryan Rocha and the entire Rocha Family would like to cordially thank all of their sponsors for their continued support, and belief in the program.

Visit our website – sprintcarInsider.co for or all of the updates on Ryan Rocha as he continues his assault on the 2019 campaign.