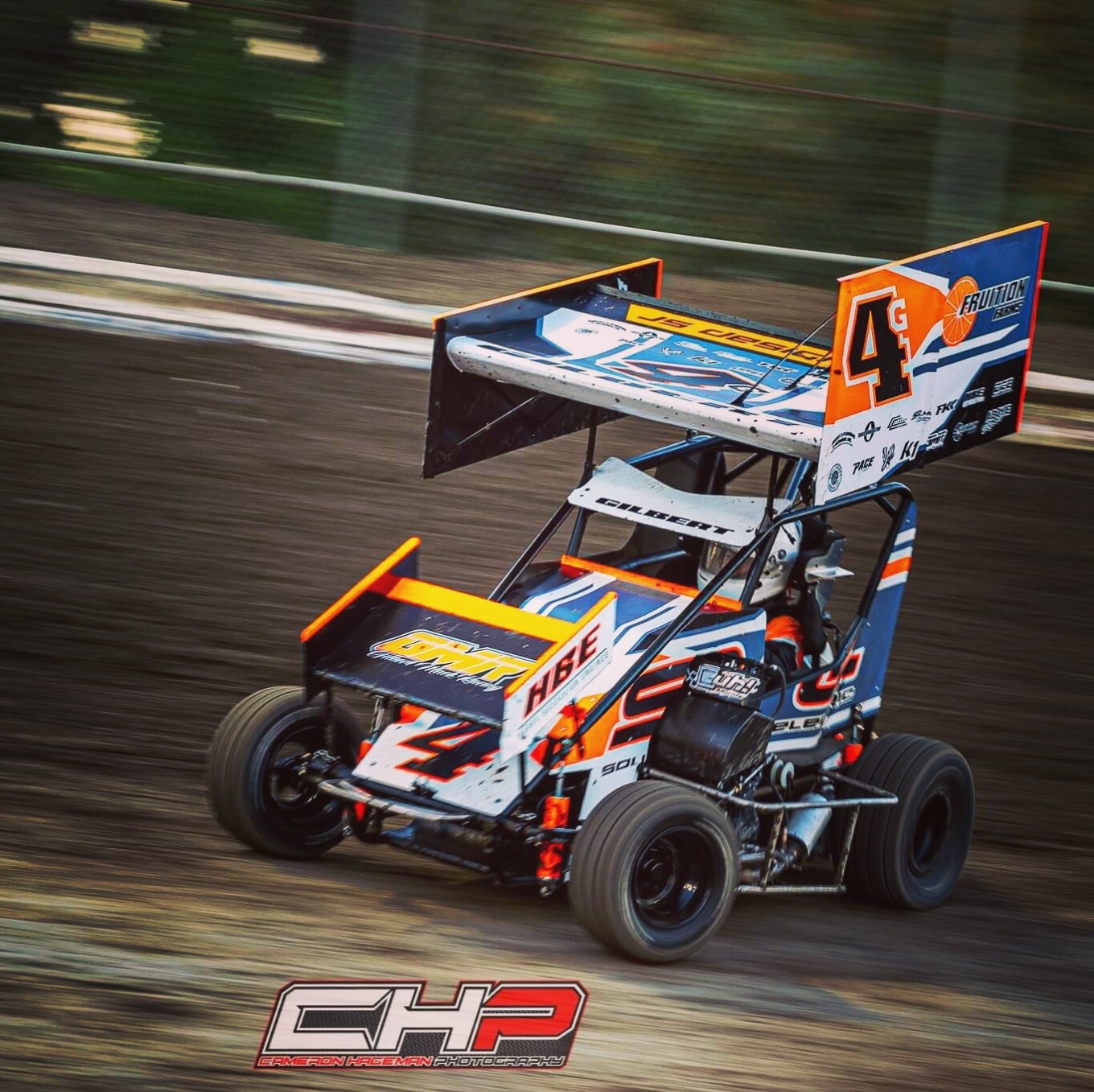 Prodigy Race Promotions on Sprint Car Insider. VISALIA, Calif. (August 26, 2019)- Brian Gilbert landed on the podium in three out of his four main events last weekend making it his most successful weekend of the season thus far.

After starting the season out a little later than most of the competition it appears Brian Gilbert is getting into a rhythm right now. In 20 main event starts this year he has been on the podium four time. Of those four times, three of them came this past weekend. He also has five top fives and 13 top tens since starting his season back in late May.

Although some very strong Speedweek performances don’t stand out on paper, Gilbert has shown promise all year long. However this weekend he showed more than promise, he showed prominence. He has established himself as a surefire contender.

The double-duty, doubleheader, weekend started out Friday night at Keller Auto Raceway with qualifying in the Stock class. Gilbert qualified second quick to boost his momentum early. Over in the super 600 class he timed in sixth quick.

In the heat races it was more running runner-up in stock. He finished in the second spot in the Stock heat and second as well in the super 600 heat. From that point it was into the main event where Brian would challenge hard for the victory.

In the 25-lap Stock Class affair Brian Gilbert gave the leader every bit that he could handle. He was all over the back of him, showing him a wheel at every opportunity. He nearly got the pass made before making a slight bobble and losing ground. He was able to drive the 4G home with his second consecutive 2nd place finish at Plaza in the Stock class for his second podium of the season at the time.

In Super 600 things didn’t go quite as well. Gilbert earned 7th in the Super 600 main accounting for his 11th top ten of the year at that point.

It was on to Lemoore Raceway the following day for another day of double-duty action. Lemoore is the site of a lot of success for the 4G and those vibes always bring with them an added sense of confidence subconsciously. 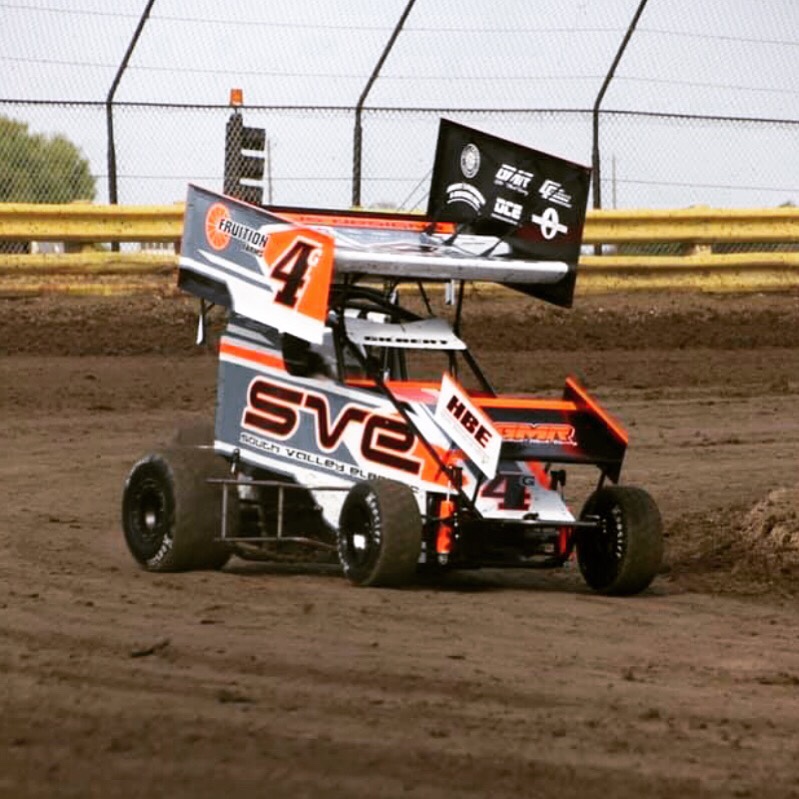 Gilbert timed in 4th quick in the Stock class and 7th in Super 600. The heat races saw the lone blemish of the night with mechanical issues in stock but a promising third place result in Super. Following the heat races were the final two main events of the weekend that came to show some of his seasons best results.

Gilbert once again landed on the podium in the Stock class with a third place performance. His Saturday night stock run marked his third podium appearance of the year. But there was more to come.

In the super 600 main event he backed it up. He brought the 4G home in third against all the big contenders, with the big motors, on the wide-open track. Saturday’s Super 600 podium not only completed a Saturday podium sweep, it represented his arrival as a preeminent contender with that performance.

Up next Gilbert will be in action running both classes when Keller Auto Raceway turns the lights back on September 6 for Round 9. The very next day Lemoore throws the green flag again as well for Round 11 as both tracks championships go down to the wire.

But first the 4G might make another appearance at Delta Speedway running just the Super 600 class. It’s a favorite track of Brian’s and the team may not miss an opportunity to run two nights at the famed oval on the grounds of the San Joaquin County Fairgrounds. The Delta Speedway Labor Day tradition “Duel At Delta” runs this Saturday and Sunday night.

Stay updated with all of the details, updates and results as they happen by following Prodigy Race Promotions on Instagram and Facebook @PRParmy and staying right here in Sprint Car Insider for the in depth driver exclusive recaps. Don’t miss a second of the action. #PRParmy

Brian Gilbert and Gilbert/Mack Racing would like to cordially thank all of their sponsors for their continued support, and belief in the program. 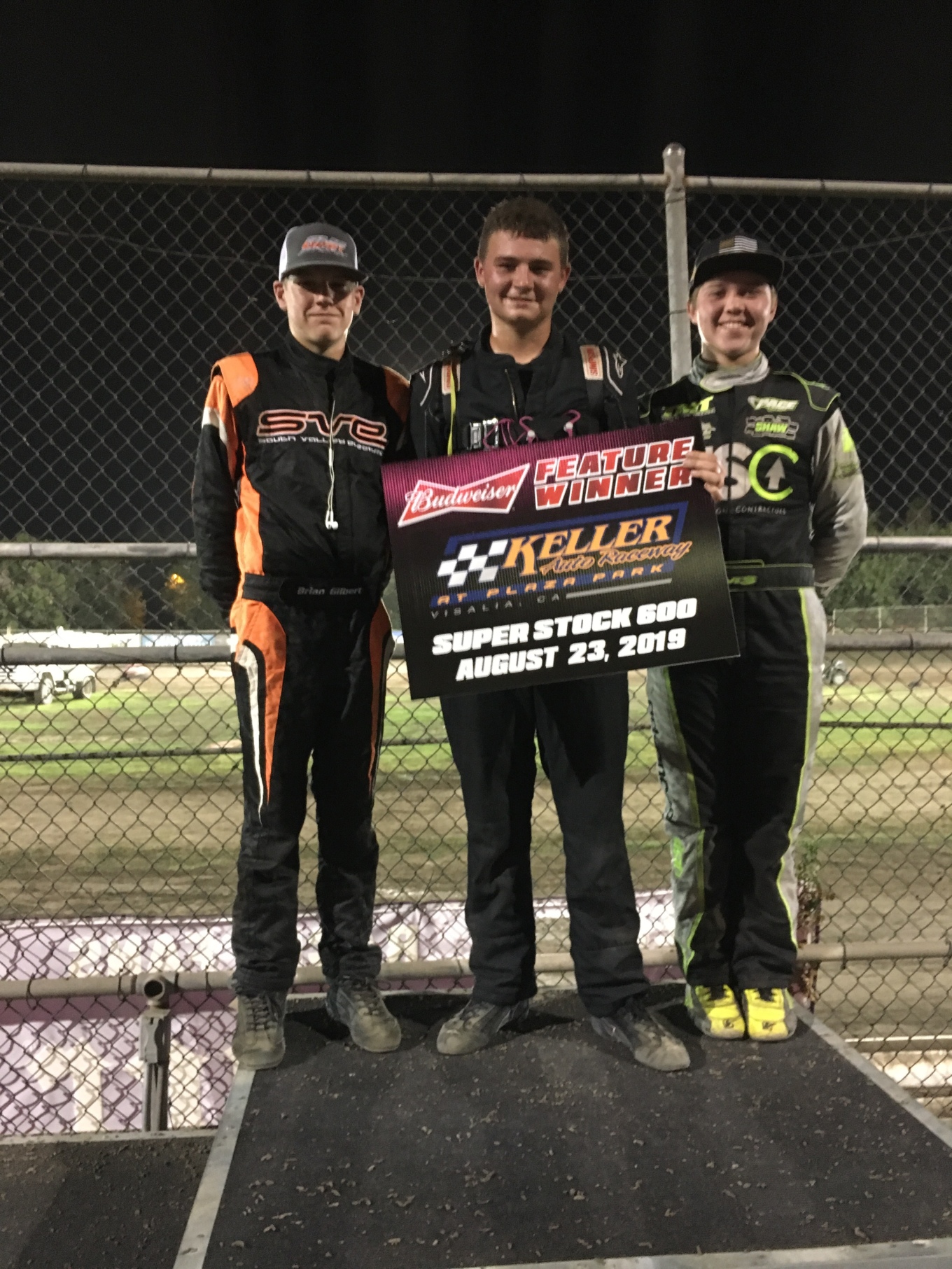 Visit our website – sprintcarInsider.co for or all of the updates on Brian Gilbert as he continues his assault on the 2019 campaign.