The kid that’s powered by bacon stayed inside of the top ten all night, and nearly nabbed the top five at Dixon Speedway’s 12th Race of the year. With the luck Sage has had coupled with factors just beyond his control, a complete night of racing without trouble could be considered a win.

At times this year its seemed that if it weren’t for bad luck, Sage Bordenave would have no luck at all. He’s shown the speed. He’s marched through the pack. He’s displayed his will to win, remained composed, and steadily continued to fight on. Finally it appears as he’s beginning to build momentum.

Saturday night at Dixon started with ninth in qualifying with an 11.580, just three-tenths off of quick time. That effort landed him in the first heat race. He was able to keep the Sunnyvalley Smoked Meats 77 in the top five and advance directly to the Restricted main event. 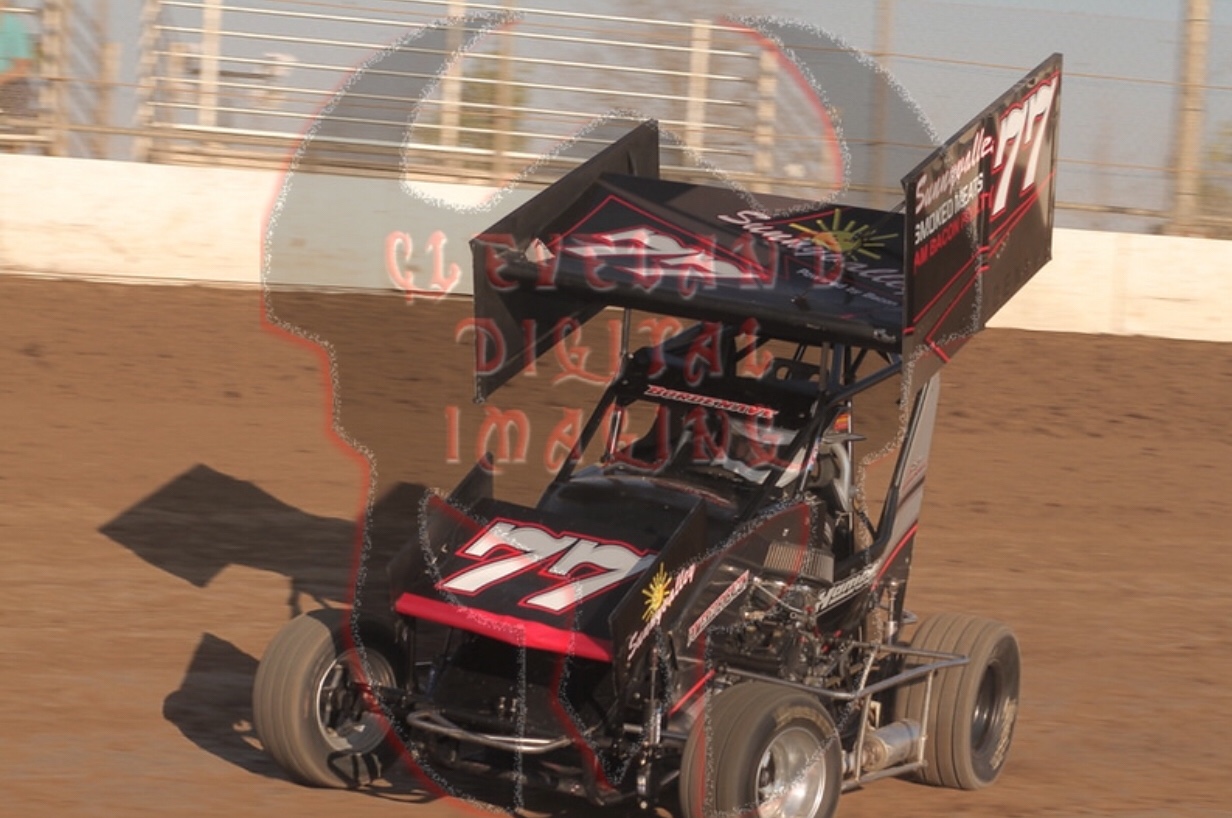 When the green flag waved on the Race 12 Restricted feature from Dixon Speedway, Bordenave instantly put himself in the battle for the top five. The lap times were close at the top. Sage’s fastest lap came in at seventh quick, almost exactly three tenths off the leaders fastest time. In fact, the entire top ten was separated by just 3.5 tenths. It was close.

As he rounded turn four for the final time coming to the checkered he crossed the line with sixth. Near the end he narrowly lost touch with the top five but battled hard. When he rolled out of turn four to the checkered in the same condition he rolled out to the green in, it was a successful run. Saturday’s run may just be the block to begin building off of for Sage Bordenave especially as big changes are in the works that are sure to shake things up.

Up next, the Sunnyvalley Smoked Meats 77 heads to Delta Speedway for the penultimate round of their points championship. Only two point races remain so everyone yet to win this season willing be gunning for a victory with an extra layer of effort. Bordenave hopes to be the one standing in the winners circle ahead of the impending chaos behind him. It all happens Saturday night within the confines of the San Joaquin County fairgrounds and the famed Delta Speedway.

Don’t miss a second of the action by following all the results and details on Sage Bordenave and his charge toward his first win of 2019 on Prodigy Race Promotions on Instagram and Facebook and with the official Driver Exclusive recaps right here on Sprint Car Insider. #PRParmy

As the race season hits the home stretch, Sage Bordenave, and everyone involved with the 77 team would like to send their deepest thanks to Sunnyvalley Smoked Meats. Without their incredibly generous support and belief in the program this dream would not be possible. From everyone at the 77 team – Thank you Sunnyvalley for making a dream a reality and for continuing to do what you do for the sport we all love in inspiring it’s growth with the youth and seeing that it prospers along the way. Thank you Sunnyvalley.

Sage Bordenave would like to cordially thank all of his sponsors including Sunnyvalley Smoked Meats and Inspire Academy of Barbering and Cosmetology of Stockton for their continued support, and belief in the Sunny Valley Smoked Meats number 77 program. 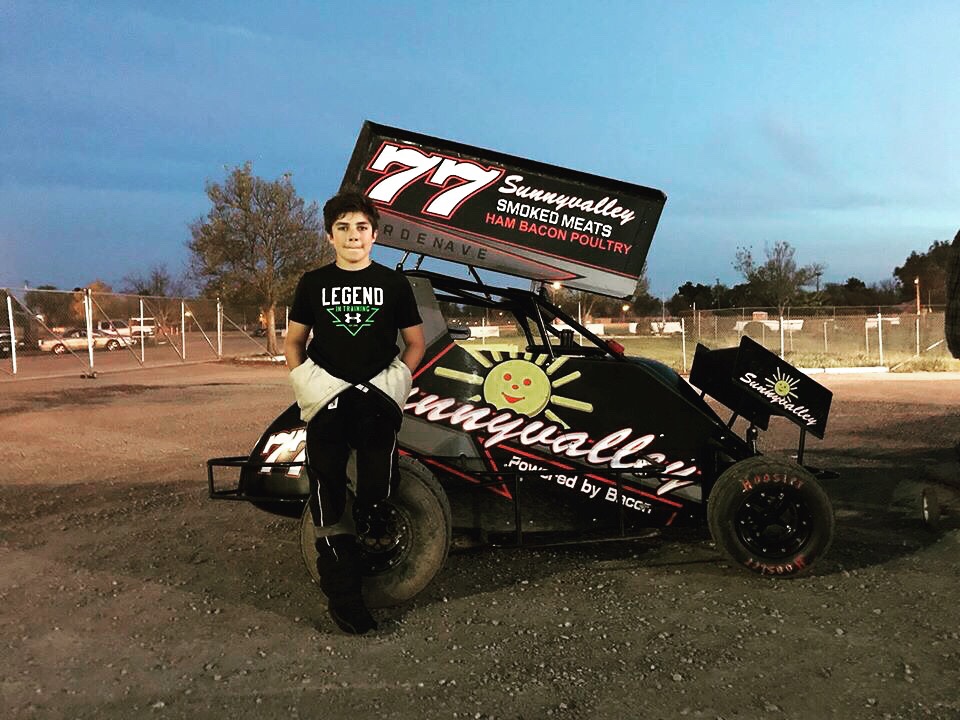 Visit our website – sprintcarInsider.co for or all of the updates on Sage Bordenave as he continues his assault on the 2019 campaign.