When the season began the goal was to gather as much experience as possible. The plan was to race at a variety of tracks, as often as possible, so that Izaak didn’t get too comfortable on any one track. One of the key factors the team set out to focus on was adaptability. They wanted Izaak to adapt to different race conditions, different track styles, different competitors and levels of competition.

In just his second season in a micro sprint he’s had a revolving door of race conditions and race settings thrown at him. He’s walked through them all with his race face on and the attitude of a winner.

Sharp has multiple races at each premier California Micro Sprint track this season. On each one he has put down all-time memorable finishes, and finishes he won’t want to remember for all of time. It’s been a learning process but Speed Sharp is proving to be a quick learner.

As of late his most recent race will be one to forever remember. The Dual at Delta may not have been his best result, but it may have been his best performance. On Saturday night he lost three spots and brought the car home 6th. Racers have fragile minds. He could have easily folded and lost confidence going into Sunday, but he didn’t. He exhibited his best case of racers amnesia and forgot it ever happened.

On Sunday night he laid down one of his best races to date. On a track no one was passing on – Izaak passed Cars like they were tied to posts. He drove past six cars to climb all the way into the top five from the tenth starting spot on a, “one lined,” track.

Another factor not mentioned was that he was also coming in off a very dismal weekend due to critical motor problems. The problems were so detrimental it left him watching the Delta main event on August 17, with an honest DNQ. Those kinds of things aren’t easy to forget. Small things like the level of fortitude it takes to put outings like those behind you are what makes his father John so proud, and believe that his son has what it takes. Those are intangibles. They’re things you just can’t teach.

Beyond the Dual at Delta just weeks before that Speed Sharp charged through the field to earn his fifth podium of the 2019 season at Lemoore Raceway. In another run that wasn’t a win, it was the nature of the drive that made this outing so spectacular. Lemoore is known as a big track that can turn into a “freeway,” hard to pass on, but Izaak found a way. Here’s an excerpt from that weeks recap –

“He qualified 12th quick but dramatically turned the night around from there. He started on the pole in his heat race and lead that one wire to wire. With a strait up inversion he was tabbed to start in 12th, exactly where he qualified. But it became clear that they had found something throughout the night others did not. Sharp charged through the field with precision and confidence. At the end of 25 laps he crossed he checkered flag third earning his sixth top 5 of the year at the sight of his biggest success.

More than the finish – the charge through the field leaves Sharp with a lot to be confident about moving forward.”

At the most pivotal of times – Sharp has come through with his biggest performances.

Despite how well the performances listed above tell the tale nothing stands out more than a box score. On paper, June 1, 2019 is the validation of Izaak Speed Sharp.

In just his 11th race, in his second year, Izaak Sharp stamped his status as a true Golden State Micro Sprint shoe. He put himself in the echelon of the legends who raced micros before him, he put his name in the books as a winner.

On June 1, 2019 Izaak Sharp officially became a Micro Sprint winner at one of the nations most storied raceways – Lemoore. 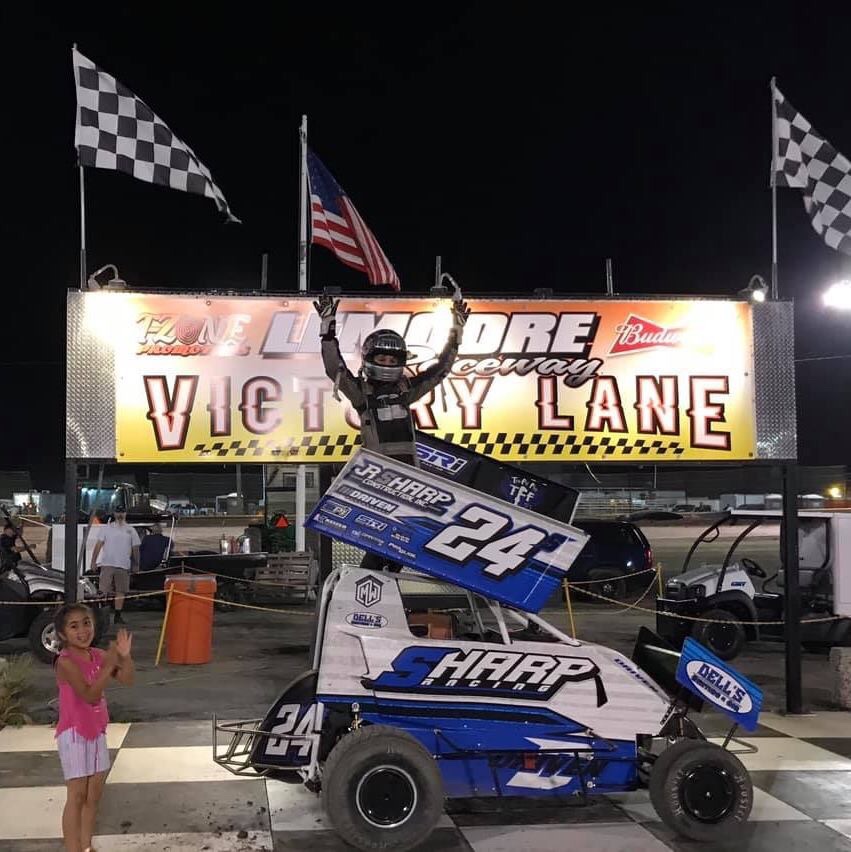 Race season is not over either. Sharp returns to the track this Saturday night back at Delta Speedway for the penultimate round of the points championship. Only two races remain so everyone yet to win this season willing be gunning for a victory with an extra layer of effort. Sharp looks to be the one standing in the winners circle ahead of the ensuing chaos behind him.

It all happens Saturday night within the confines of the San Joaquin County fairgrounds and the famed Delta Speedway.

Don’t miss a second of the action – be sure to follow Izaak “Speed” Sharp and his quest for win number two right here and on Prodigy Race. Promotions.#PRParmy

Izaak Sharp and everyone at Sharp Racing would like to cordially extend their sincerest thanks to all of the partners involved: 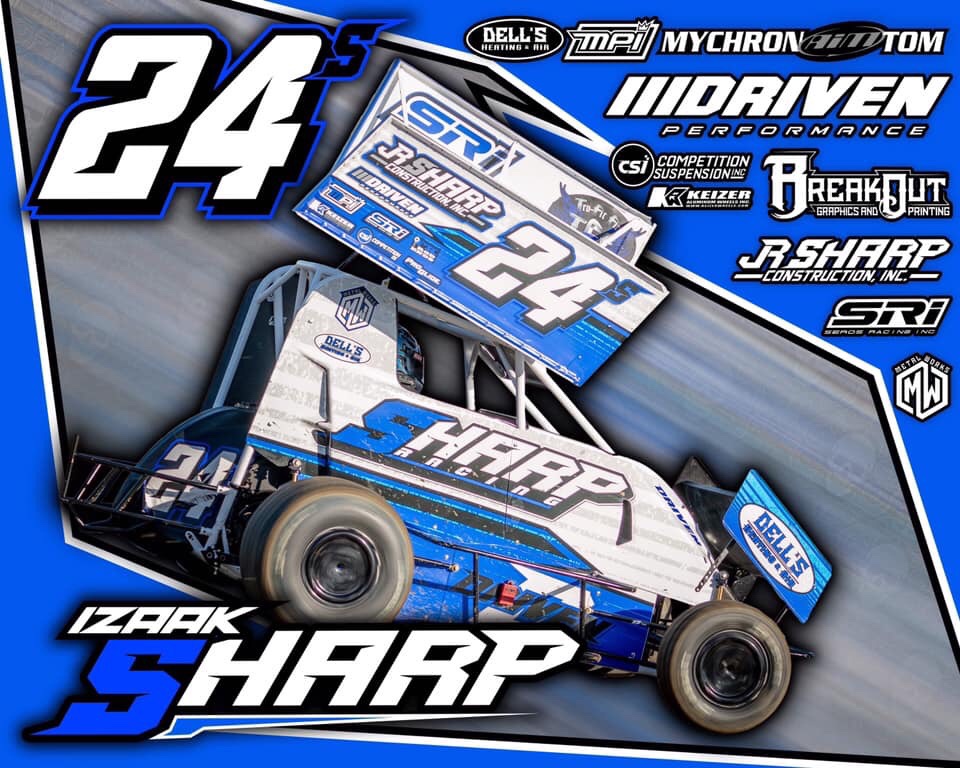 Up next for Sharp Racing:

Be sure to follow Izaak “Speed” Sharp on Social 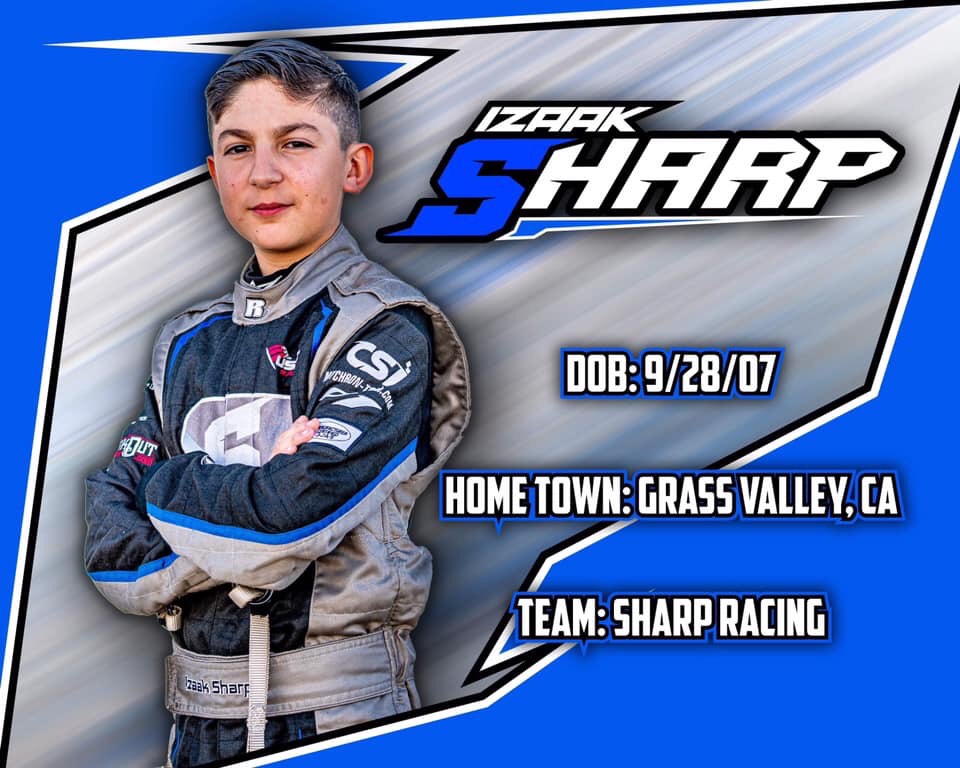