Although Saturday night saw his consecutive win streak end at five, Mauldin put in one of the most championship level performances of his career instead.

He was forced to take a night going in every wrong direction and turn into a good result. Ricky Carmichael made a phrase famous that said, “Championships are won on your bad nights.” A quick glance at his lifetime results shows that a bad night in his eyes was a third. Mauldin followed suit.

Early problems and ensuing poor heat race results forced Mauldin to start the main near the rear of the field rather than up front where he’d been accustomed to running all year. Even if the actual scenario wasn’t affected, this kind of real life possible scenario proved a lot about Mauldin as a driver.

Being in the back he was directly in potential harms way. He could have easily over drove, and forced mistakes, got caught in other messes or flat- out, rented too much space in his own head. But he did none of those – he came in clutch, like champions do.

In the Penultimate Round of the Delta Championship series; Lucas Mauldin put the exclamation point on his being the class of the field in 2019.

Despite everything that went on in the day he put everything he had out on the line and prevailed with a podium. That was a champions performance.

With just one points race remaining Mauldin now holds a 53 point advantage in the standings. His first career Micro Sprint title destiny now lies completely within his control. In a dream season with 10 wins so far, an astounding seven of them came at Delta.

In addition to his 10 victories, Mauldin has not finished one of his 21 features outside of the top 10, and has another 17 finishes in the top three, on the podium. To say he’s elevated his game this year would be an understatement that didn’t even scratch the under surface. He’s climbed himself into an elite echelon of Jr Sprint racers throughout recent memory.

Although the Delta title weighs heavy on the teams mind and focus there’s another marquee task at hand first. This weekend Mauldin will be back down to Plaza Park Raceway for their biggest event of the season, arguably the biggest single race in the entire state. This weekend is the third running of the Mark Hagopian Memorial. Being apart of the D1/Driven family also provides more incentive to win the title that bares the founders name and celebrates his legacy as a whole.

Drivers from far and wide are making the trek out to one of central California’s most legendary facilities to honor the legend and go toe to toe with the Golden State greats. The Mark Hagopian Memorial is more than just a race – it’s a spectacle. It’s the new title that everyone wants to win. It’s a chance to add your name to the history books forever.

Lucas Mauldin will set aside the pressure of wrapping up a title and go for broke this weekend. There is no pressure. The objective for this weekend is simple.

There is only one goal – to win.

Don’t miss a second of the action by following all the results and details on Lucas Mauldin and his charge toward a title on Prodigy Race Promotions on Instagram and Facebook and with the official Driver Exclusive recaps right here on Sprint Car Insider. #PRParmy 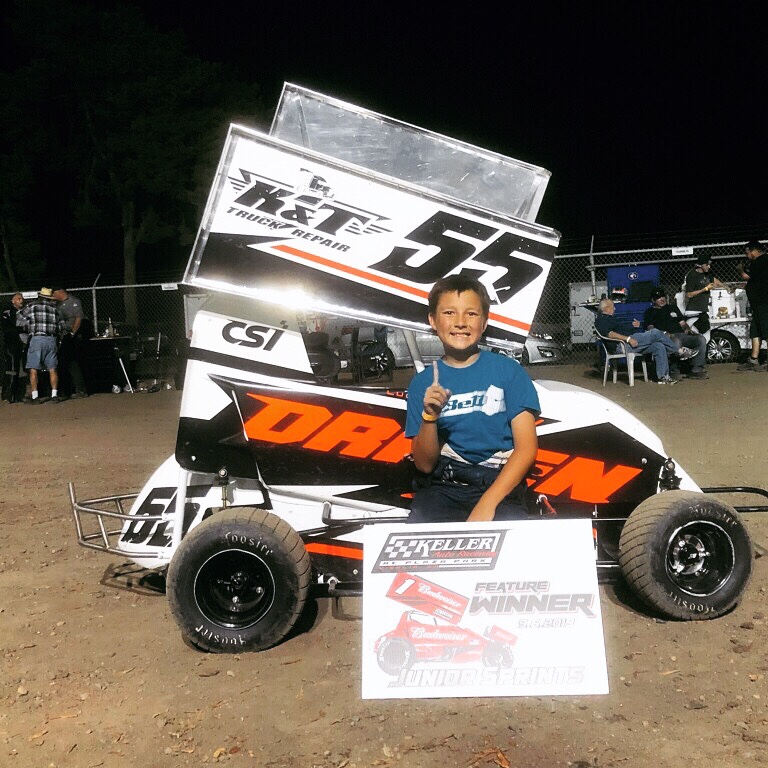 “Lucas Mauldin charged hard passing six cars en route to his third place finish tonight at Delta. His winning streak may have come to an end but it was a championship worthy, valiant charge” – quote from @PRParmy #Results Instagram post Saturday night.

Lucas Mauldin would like to cordially thank all of his sponsors for their continued support, and belief in the program.