In theatre, good actors can have good performances anytime. But the great ones; the great ones give gut-wrenching, life-mimicking, once in a lifetime presentations on Broadway.

Brody Fuson found the center step of the podium Saturday night during the Broadway Presentation of Micro Sprint racing.

He got third the first year.

Everyone raved about how talented a 12-year old must be to finish third to two established sprint car talents such as Guardino and Smith. He impressed many but did not surprise himself.

He finished fourth the second year.

The masses again patted him on the back and shared positive sentiments. They complimented the 13 year-old, admiring his talents for finishing fourth to guys like Guardino, Smith, and Moles. He accepted the kind gestures but inside he wanted more.

The third year was a charm.

Brody Fuson beat the best in the world Saturday night.

In his third attempt, against the best drivers from all across the nation, Brody Fuson stood tall. He outlasted every attack. He outwitted every attempt. He strait-up outlasted the field and al they could throw at him.

At 14 years-old Brody Fuson became the Third Annual Mark Hagopian Memorial Non Wing Champion. This year Fuson got the honor of standing atop the podium with Zeb Wise and Tj Smith to his side. He was no longer the point of complimentary regards, he was the focal point of everyone’s conversation. He got the job done. 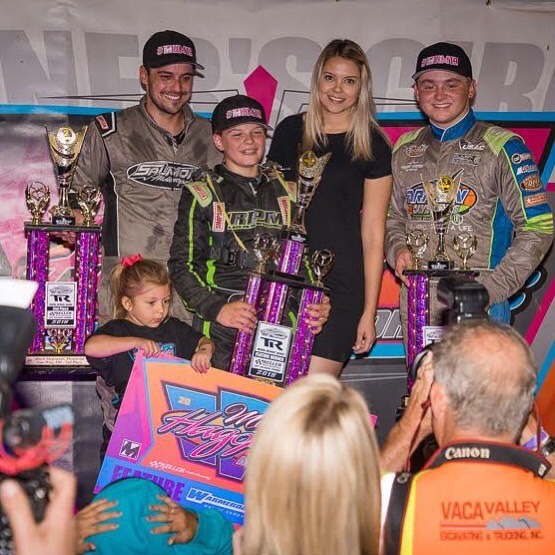 Having 26 Non Wing main event starts to his credit with only a single win and seven podiums prior to Saturday night would surprise anyone who had seen him race this year. He’s had winning speed at every turn. Even in his Super 600 he’s been close to having more wins with 15 starts and four podiums. As well as he had performed all year long success was bound to blossom.

The #MHM just started off on the right foot. Brody came up quick time in Friday’s non wing qualifying. He was .022 seconds faster than the hottest driver in the state up until that point. He also qualified in the top third of the nearly 50-car Super 600 field. He took home third in his non wing heat and kept the momentum rolling with the Super 600 heat win. Fuson didn’t see but one semi all weekend long.

The night one non wing main event served as a preview of what was to come if granted better starting position Saturday night. Brody Fuson lit the field up In Friday’s main event. He charged all the way from 8th to 2nd Friday night. His hard charging podium performance let the field know who the favorite was come Saturday, and he did not let them down.

After narrowly missing the top six lock-in to the finale with eighth in his Super 600 main event the focus shifted to Saturday. Non Wing qualifying didn’t go quite as well Saturday but sixth on the charts was perhaps the perfect number. He finished third in his heat and landed the outside pole for Saturday night MHM non wing feature. 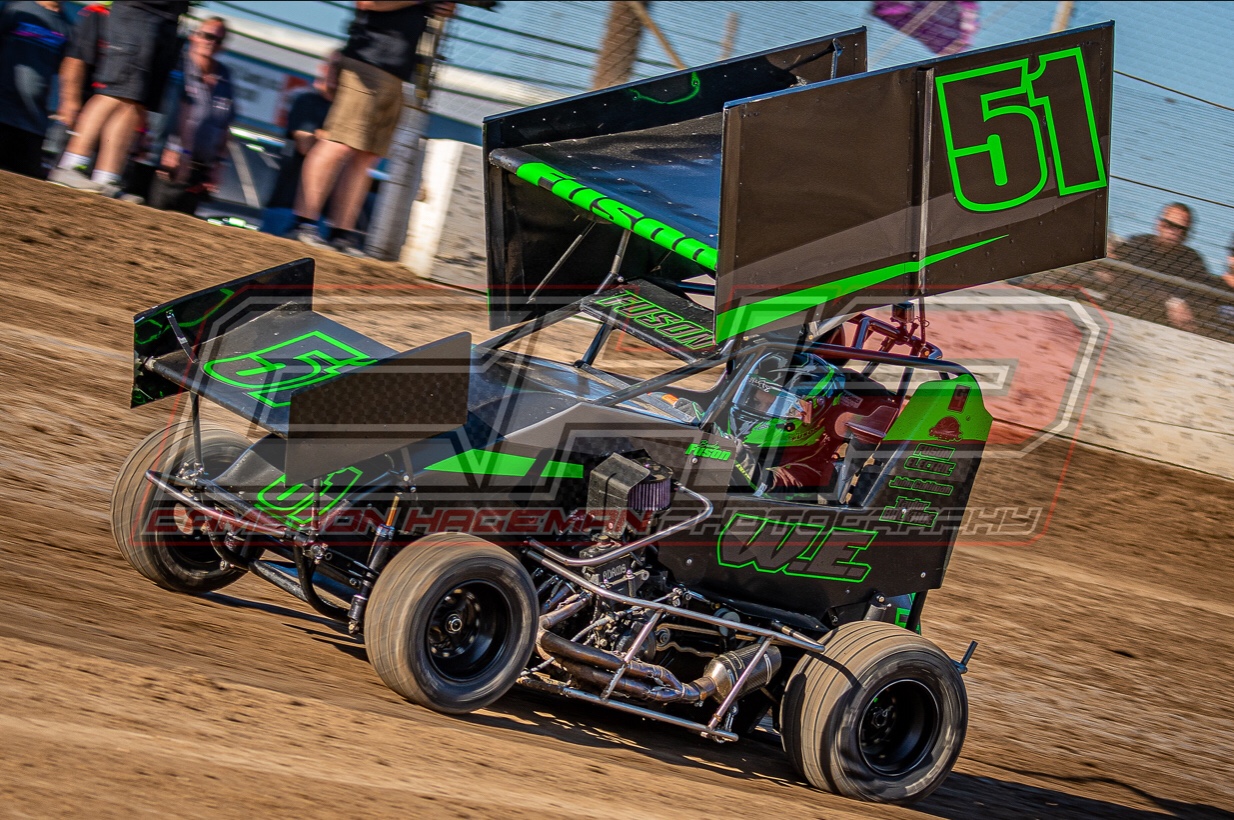 Fuson kicked the wick early and dropped the hammer. He left the field in the early portion of the main event. However it didn’t take long to catch lapped traffic. Within nine laps Fuson was navigating thick lapped traffic and the second and third place drivers of Tj Smith and Zeb Wise inched their way to his back bumper. The two more experienced drivers proved to have more savvy in lapped traffic but Fuson wasn’t giving in. 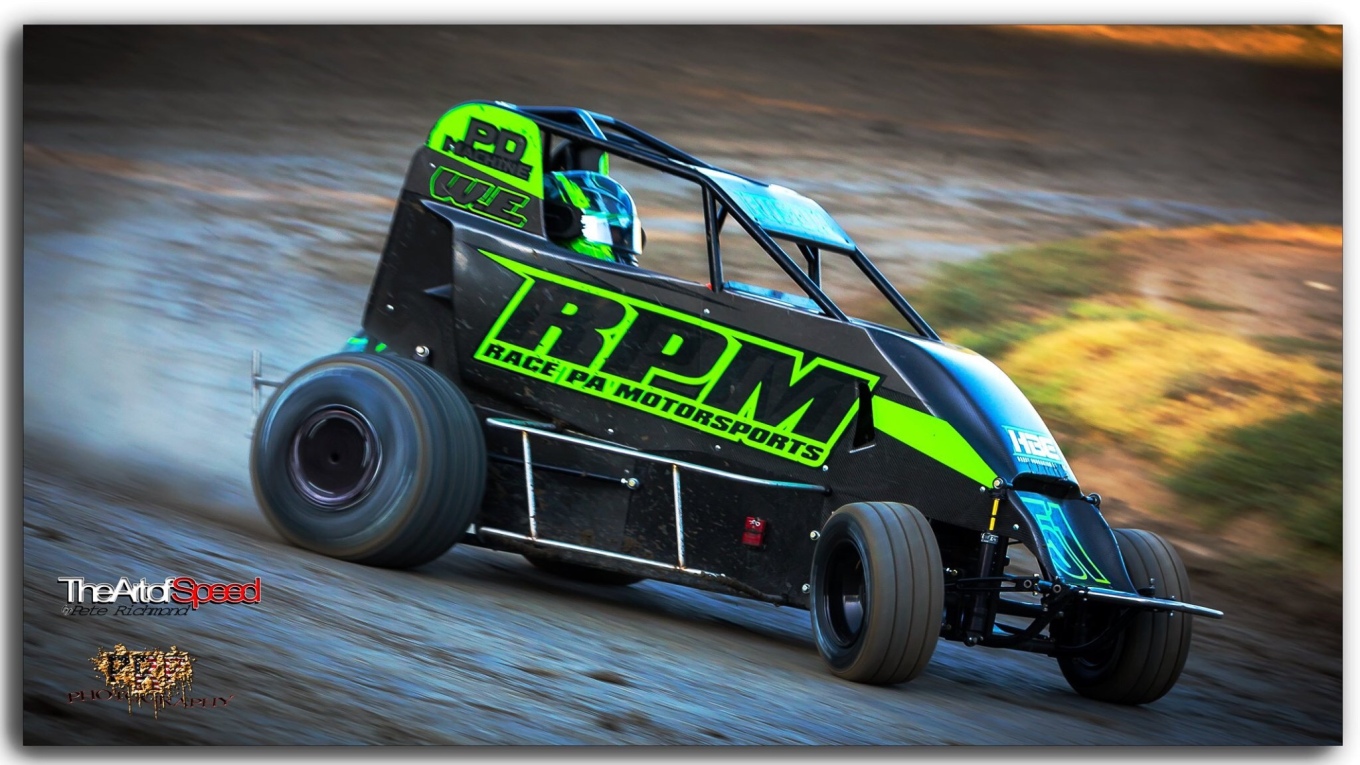 Jaws dropped when Tj Smith made the pass with 17 laps to go. Just the. Fuson became the chaser instead of the front runner. Smith all but made the move when lightning struck and a break finally fell Fuson’s way.

The caution came out. With the caution the field reverted back to the last completed lap and the 51 got put back Outfront.

Now with 17 laps remaining Fuson showed the field to green with Tj Smith and Zeb Wise breathing down his neck. It only took about 8 laps to get to lapped traffic which was the 51’s only worry. He had them covered in clean air.

Sure enough with about five laps remaining the top three caught lapped traffic. The race for the lead became so close you could throw a blanket over them. Fuson could feel his lead being threatened but he continued to withstand the pressure. Finally the white flag dropped and clicked off one more perfect lap.

At just 14 years old Fuson became the third different winner in as many years. His name now sits alongside an established all-timer like Tj Smith.

All of it was special. But what Fuson enjoyed most was burning down the infield with donuts! He yelled so loud in exuberance his voice could easily be heard over the car. That’s how much this win meant to young Brody Fuson. 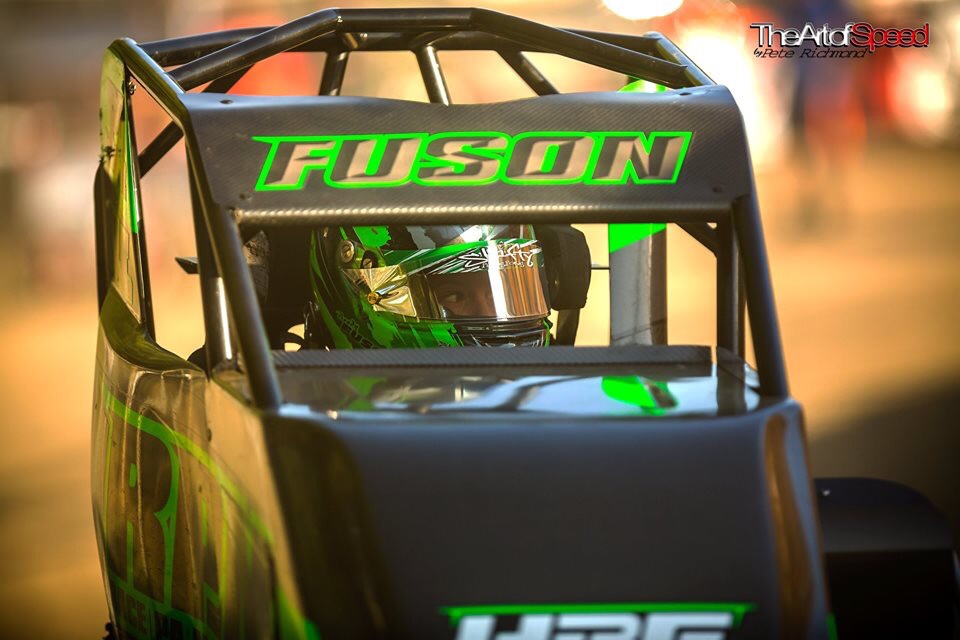 Up next Fuson returns to Ventura Raceway for some more Western Midget Racing. It’ll be his fourth time in the car going for his second win. He claimed victory in his last outing just a few short weeks ago.

Don’t miss a second of the action by following all the results and details on Brody Fuson and his quest toward another victory by following Prodigy Race Promotions on Instagram and Facebook. Also, don’t miss the official Driver Exclusive recaps right here on Sprint Car Insider. #PRParmy

BRODY FUSON and everyone involved with his racing would like to cordially thank: RacePa Motorsports, SoCal Automotive, Taylor Backhoe, P&D Machine, WE, and John Goldman, and all of his supporters for their continued support, and belief in the program. 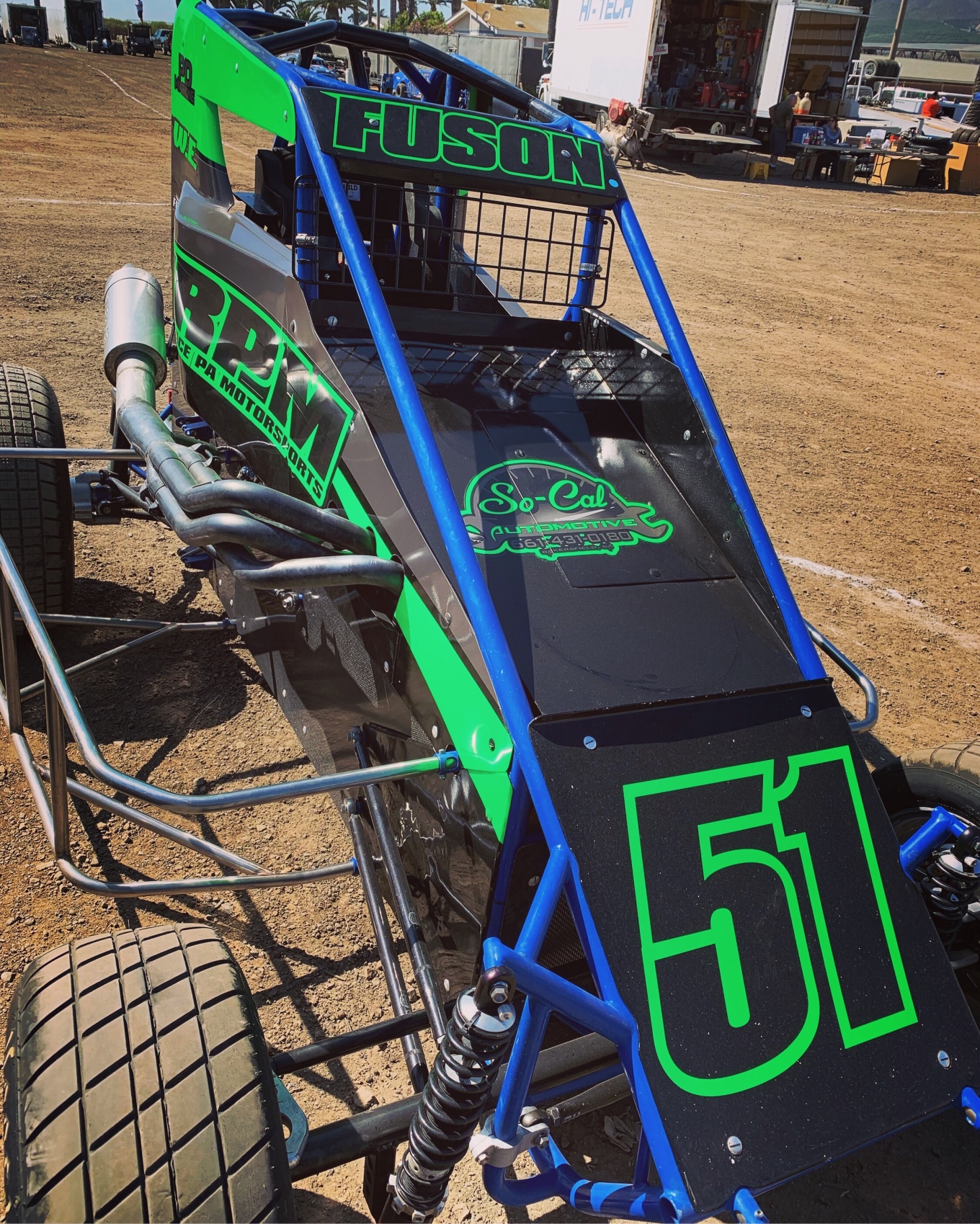 Visit our website – sprintcarInsider.co for or all of the updates on Brody Fuson as he continues his assault on the 2019 campaign.