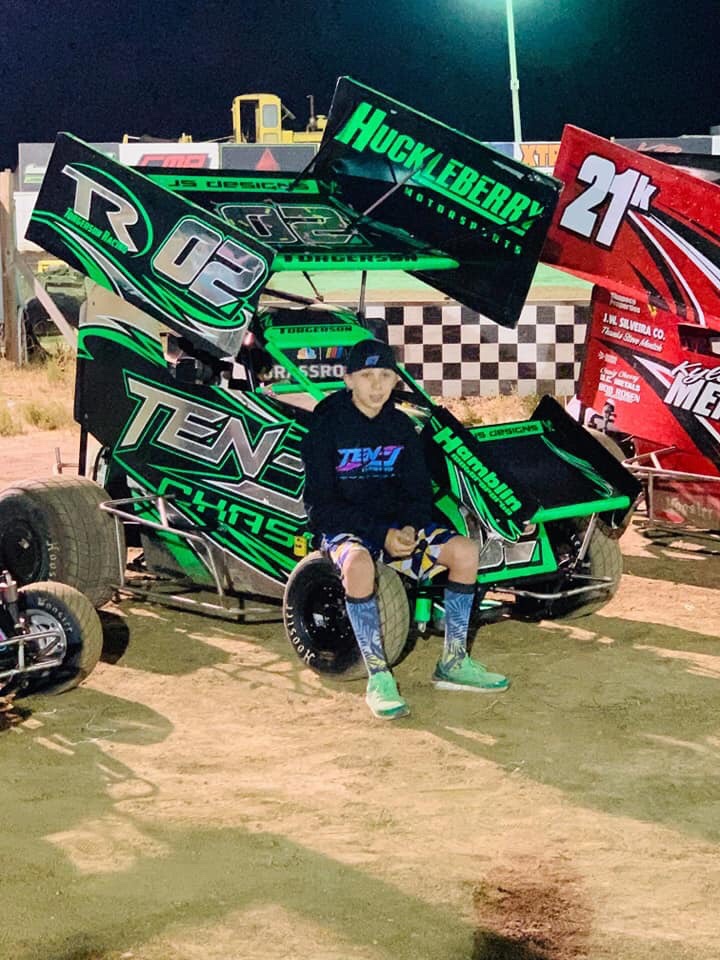 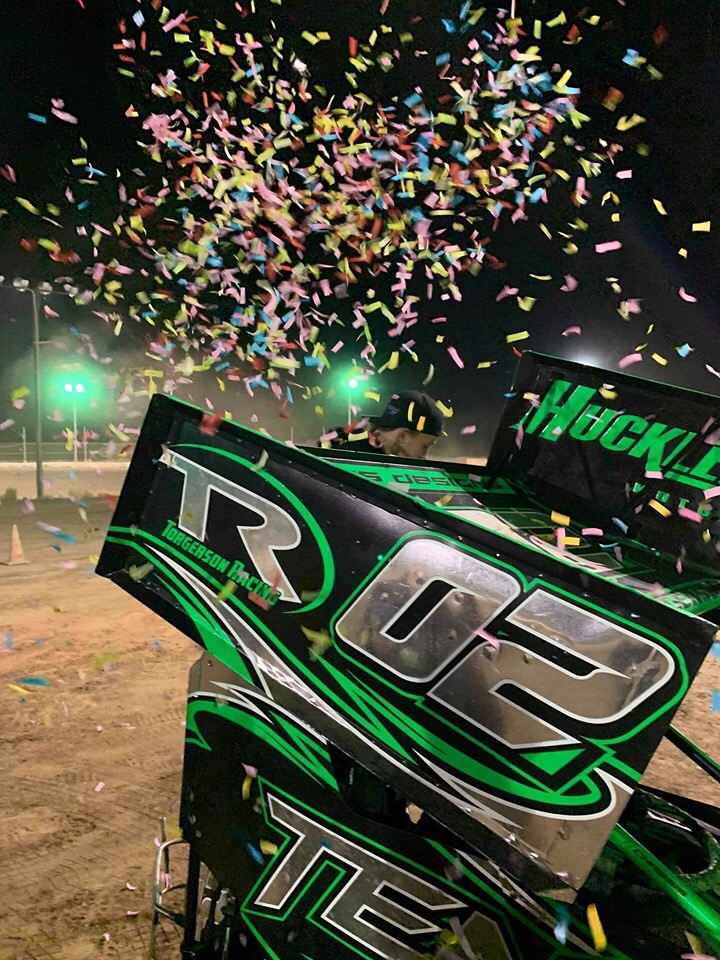 When the season began, Torgerson Racing set out to contend in California and become a force to be reckoned with. After 14 point races at Dixon Speedway surpassed being a force, and became the favorite.

Torgerson walks away from Dixon this season as a three time winner. While he also racked up eight podiums, 10 top fives, and 13 top tens. His numbers account for a 21% win rate, 53% podium rate, 66% top five rate, and an 86% top ten rate. Despite two finishes outside of the top ten Torgerson still garnered a 5th place average finish.

It did not take Ashton Torgerson long to get the ball rolling at Dixon this year. He kicked off the year by making the trophy dash at race one, and picking up a podium finish the first night out. The next night out, just two weeks later, he solidified his status. Torgerson came out and turned up the second quickest time. He again landed in the dash that night and won it. The race two main event was all Ashton. He claimed his first victory of the season that night in April. 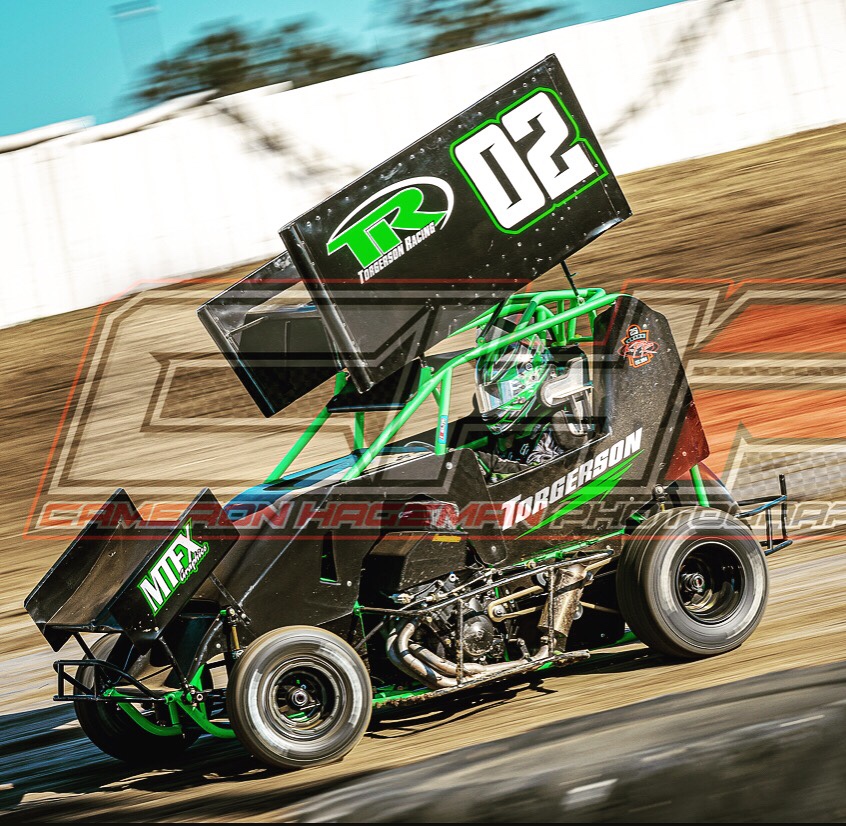 Unfortunately the following rounds didn’t churn up the same results. He was sixth at race three. Race five was worse with 12th. He snuck back into the top five at race six by finishing fifth. But he then followed that up with a string of 11th at race seven, and eighth at race eight at the midway point of the season.

As the dog days of summer winded down, Ashton faced his adversity. He faced a wall that forced him to either, react like a champion, and overcome the hurdle, or – fall victim to the pressure.

When the season picked back up he answered loud and clear.

He finished out the month of July back on the podium in third place. But it was just about to come that would serve as the surefire turning point of the season. 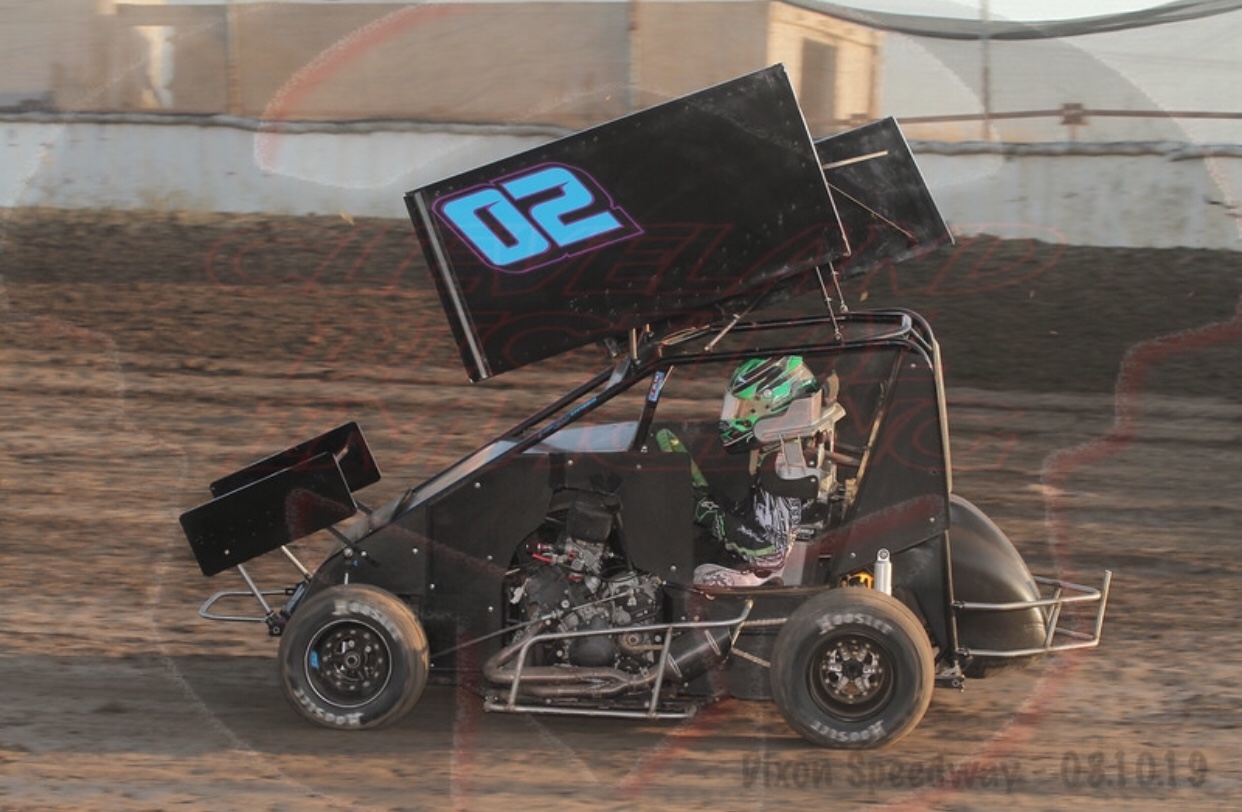 There have been many turning points throughout the season but one transition put Torgerson on another level. In early August the 02 made the switch to TEN-J Chassis. He seized the points lead after race ten on August 10. Ever since, he put a stranglehold on the field. In the last seven races of the year he finished fourth or better. In the last six of seven he finished inside the top three. 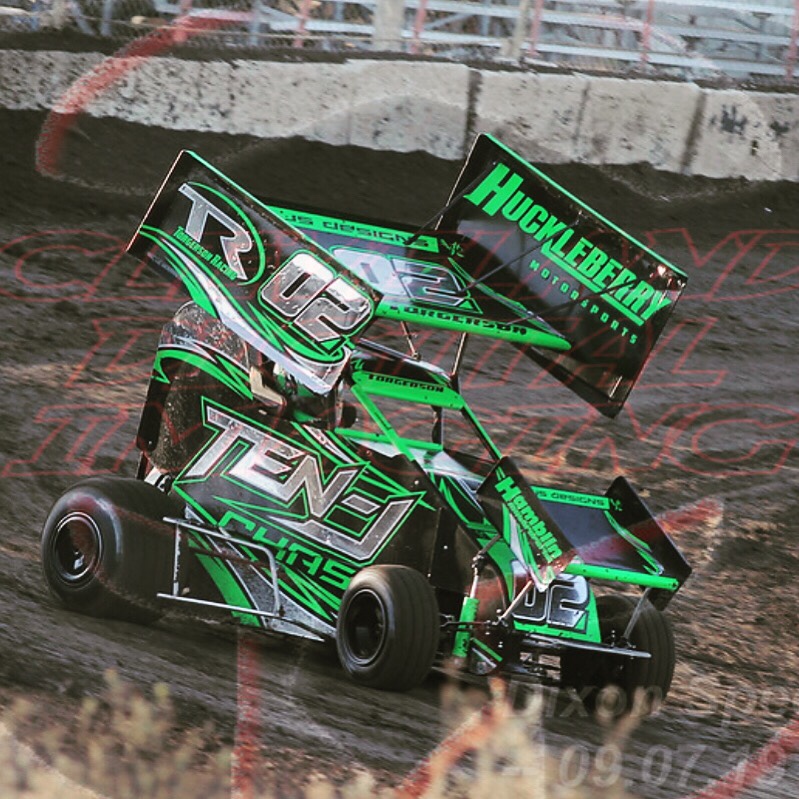 Torgerson concluded his season with one more podium finish Saturday night. He qualified third on Championship night and finished third in his heat. Starting in another trophy dash he came home with fourth in the final one. In the main however he showed up and showed out when it counted most once again. He was able to charge up to the runner up spot and stay there. Torgerson didn’t allow the impeding pressure of what was at stake get to him whatsoever. 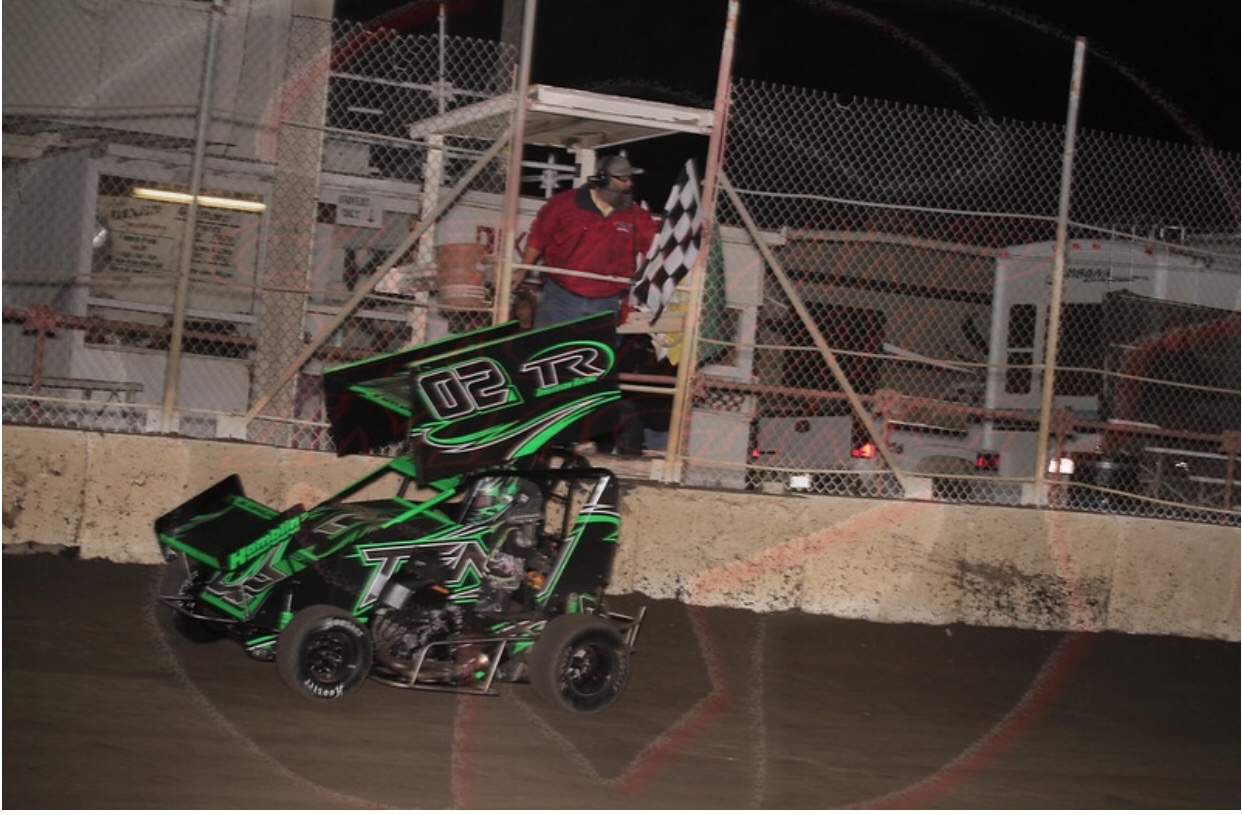 In the end he visited victory lane at Dixon Speedway three times. Saturday’s finish on the podium made it eight times, or 53%, better than half of the races in 2019. That also makes it ten top-five performances, again accounting for 66% of his tries. Rounding things out he ended the year with 86% of his shows ending in the top ten.

Those kinds of numbers show that Ashton Torgerson displayed top-notch, Championship- caliber, consistency at Dixon Speedway this season. Adding to the consistency, his late season surge lent the field to his clutches. After obtaining the points lead it was over – but nobody but Ashton Torgerson realized it.

From that point forward he laid down his path to the crown.

He never looked back. He seized the moment. He overcame that wall of adversity with a resounding amount of fortitude and determination. He took the lead role and left the rest to fight for the right to have supporting roles in his picture of Championship proportions. 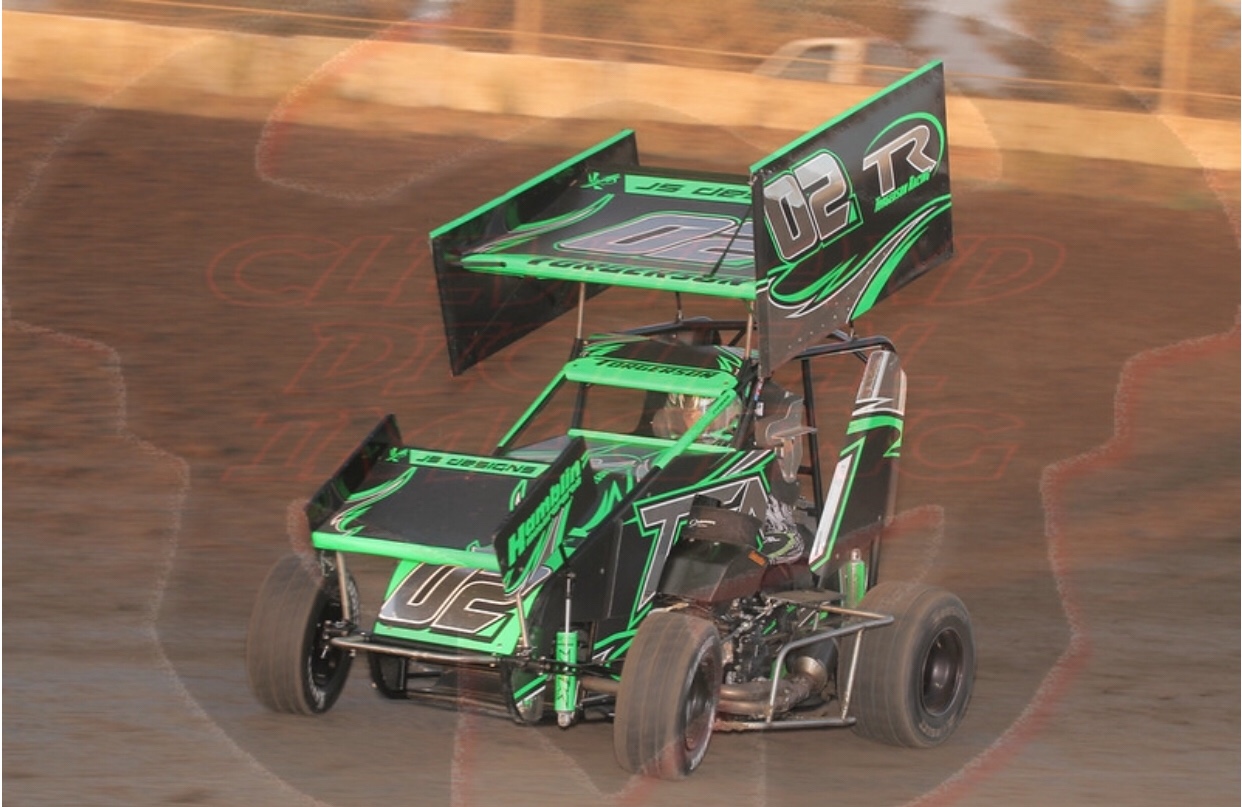 The season isn’t quite over yet though.

Off-season exhibitions and big events are still to come. – Don’t miss a second of the action by following all the results and details on Torgerson Racing on Prodigy Race Promotions on Instagram and Facebook and with the official Driver Exclusive recaps right here on Sprint Car Insider. #PRParmy 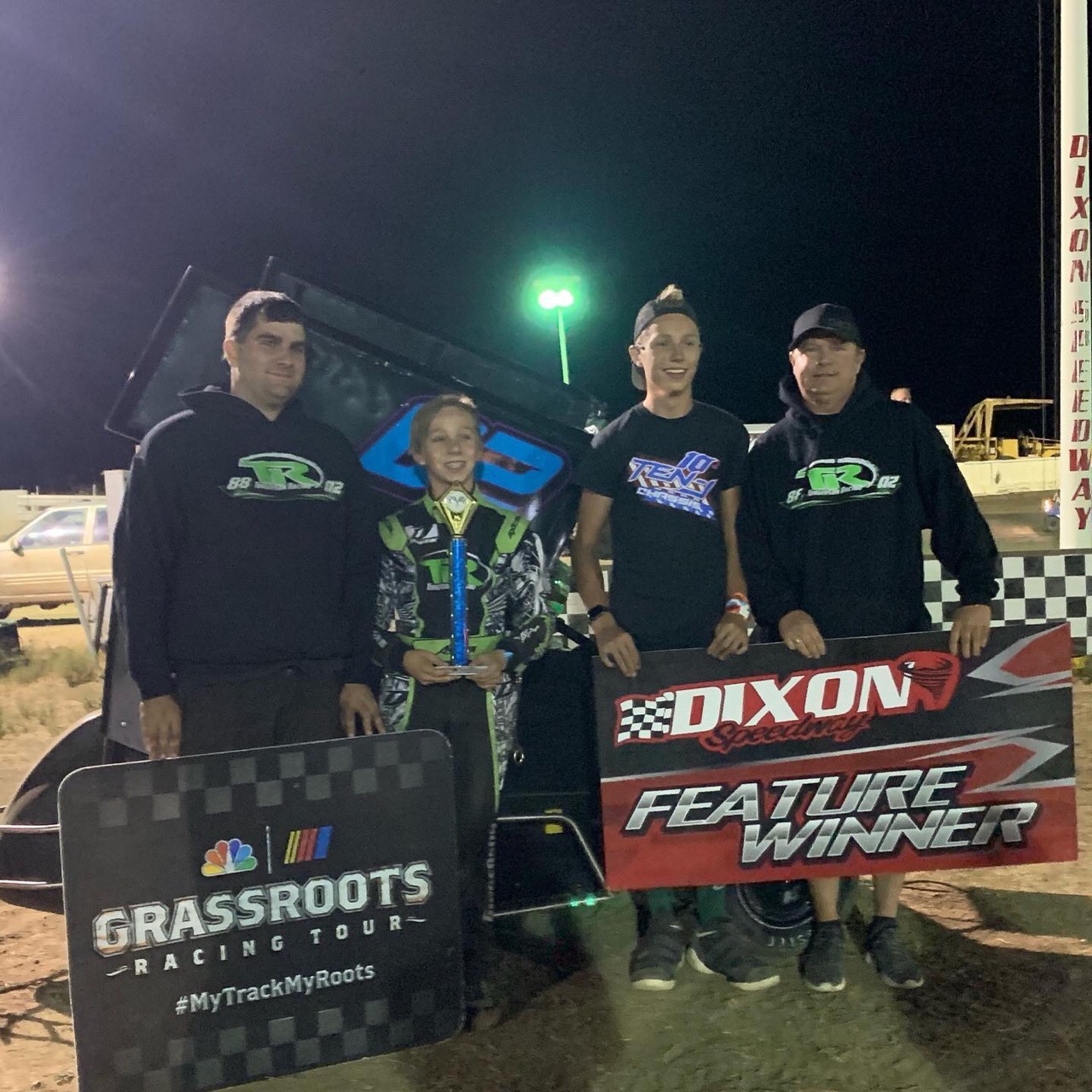