Up until Round 10 at Lemoore Bryson Bettencourt had finished on the podium in every single race he entered. That night he got sixth. He got back on the wagon in the stock class until round 12, where he finished fifth. Things did not fall in Bettencourt’s favor down the stretch.

At the final round of the points championship at Lemoore things really went south.

He came into the Budweiser Grand Prix freshly crowned as Plaza Park’s Stock 600 Champion looking to double up. He held a narrow 84 point lead, (not including throwaways) going into the finale. However double points were on the line.

This added a significant stress factor for all drivers vying for a title. Bettencourt needed one more podium run, or better yet, a win.

He did everything right at first. He timed in with QuickTime in qualifying, he finished second in his heat, and he was going into the final 25-lap main event starting on the front row. He looked to have things covered. The pressure hadn’t got to him and he was excited to run one last show with all the marbles on the line.

The green flag waved and he took off to the early lead. He looked to have the race in his clutches while he maintained a small gap between he and the driver in second. It was a small gap but the two kept racing forward. With only about ten laps to go the two got into lapped traffic. As they navigated lapped traffic the unthinkable happened. A lapped driver begun to spin right in front of Bettencourt. He had no where to go. In the most pivotal race of the season, with everything on the line, a lapped driver cost potentially, at the time, cost Bettencourt a title.

He drove the 15B into the infield in devastation as this came to be his first DNF of the entire season. The final round at Lemoore, with the championship on the line and Bettencourt sustained the unimaginable. It was the nightmare scenario come true. All he could do was watch as his title combatant drove through the field and finished second. At the time no one really knew the impending results. All Bettencourt could do was sit by the phone and prey the totals came out on his favor.

Before he got the call a look at the numbers shows a standout season. In 13 races Bettencourt won twice, finished on the podium 10 times, finished in the top five 11 times and went perfect 13 for 13 in the top ten. In the end he finished out with a third place average finish. He won 15% of the time. He finished on the podium in 76% of his races at Lemoore and in the top five 84% of the time. Although despite how incredible the numbers are, they peril in comparison to a title. There was on one number that mattered.

The call came in and verified the impending heartbreak. After leading the standings all year Bettencourt’s final round DNF lead to him losing the championship by one single point. He lost by Just one point. That’s one position higher, a couple more passes made, so many different scenarios to play over in his head.

The season may not have ended the way he wanted but in retrospect the numbers do paint a graphic picture. They paint a graphic picture of dominance and potential. Bettencourt will be back. He’s gearing up for a Super 600 run in 2020 bringing with him all the knowledge that he’s gained and the confidence to run up front. He’s ready to take on the next level.

Bettencourt wanted to congratulate the champion Ryan Rocha on a hard fought battle and earning it when it mattered most. Bettencourt speaks highly of the new champ and says he can’t wait to get after it again. 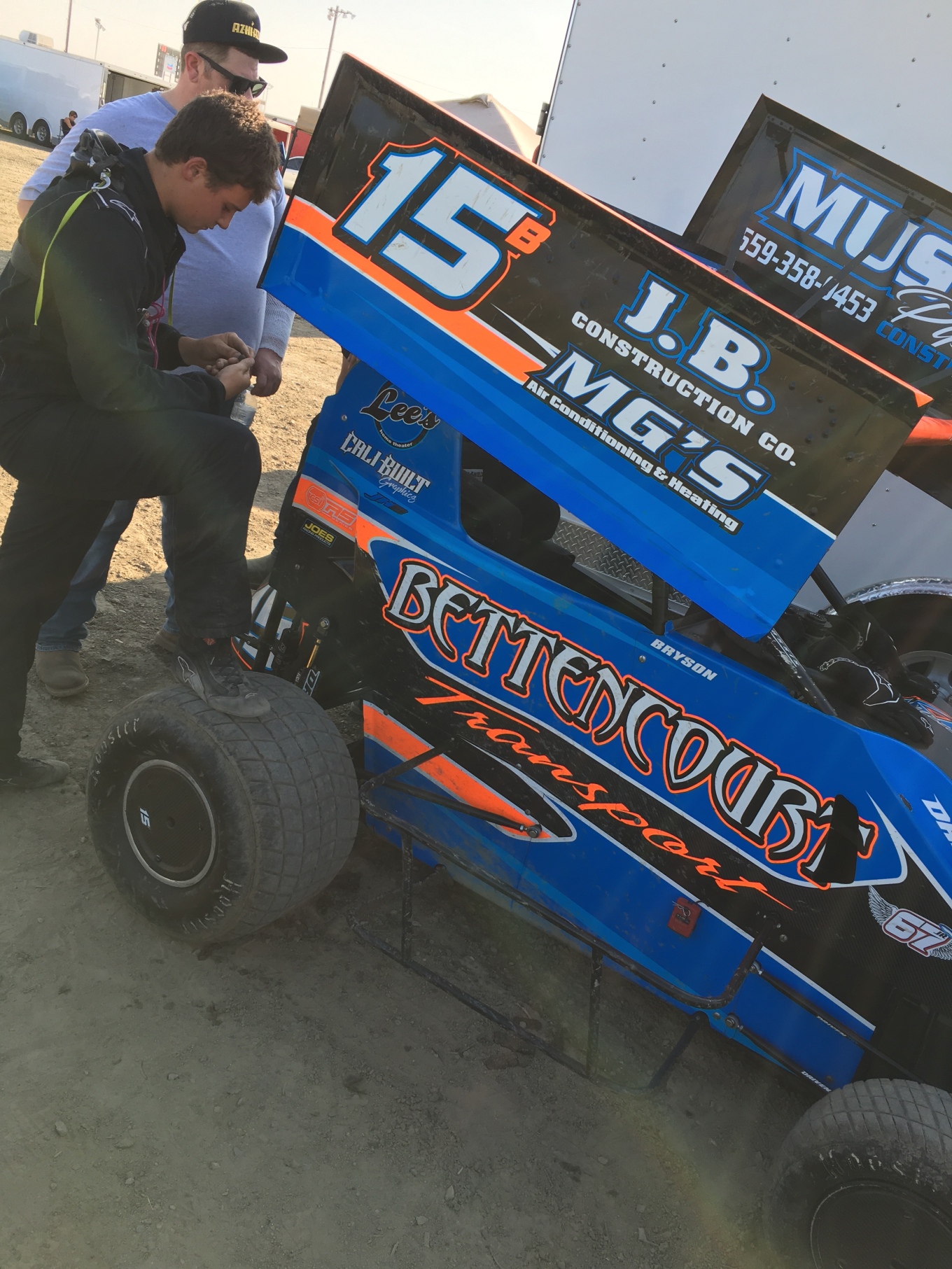 Don’t miss a second of the action by following all the details, updates and results about Bryson Bettencourt and his charge toward a title on Prodigy Race Promotions, @PRParmy on Instagram and Facebook. You can also see all of the official Driver Exclusive recaps right here on Sprint Car Insider. #PRParmy

Visit our website – sprintcarInsider.co for or all of the updates on Bryson Bettencourt as he continues his assault on the 2019 campaign.