How they earned their top fives, however, is a completely different story.

Cash put himself in prime position to take the Turkey Bowl title with a quick charge to the front. Ty, held true to his reputation and put on a passing fest. He came through the pack like lightning.

In order to get to the main events the Lovenburg’s had to earn their way there. That all began Friday night. A pair of heat races would determine the starting positions for Saturday’s 30-lap feature.

Ty started heat one-A from the sixth position. He was able to move forward and earn a fifth after ten laps. Ty also clocked in the fourth fastest lap of the race. In heat two-A it was Cash’s turn. He also moved up one spot after starting fourth, but like he’s done so many times this year, he was able to log the fastest lap time of the race.

Next up the boys would conclude the Friday night portion of the action with another heat race. Ty had his troubles, only completing one lap and being scored ninth. Cash ended up finishing fourth in his second heat race while turning in the second fastest lap of the race. That lap time went on to stand as the second fastest time overall out of all four heats. 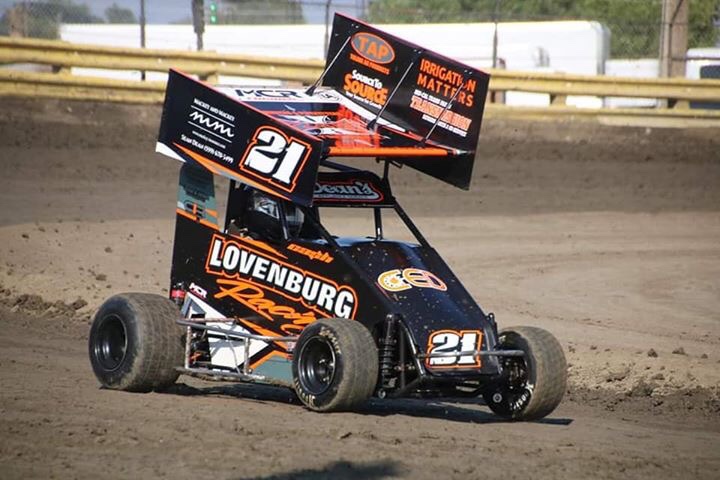 Going into Saturday’s finale Cash had many reasons to be confident after the speed he showed Friday. Both boys advanced directly into the feature for Saturday. Cash rolled off from the sixth starting position while Ty came to the green from thirteenth.

Twenty-five laps was the distance for the Turkey Bowl XIX Jr Sprint Main Event and the Lovenburg brothers were ready to take it by storm.

As the green flag waved Cash made some bold moves to find his way to second within two laps. It was just when he was pressuring for the lead when the Delta Champion came out of nowhere and went from third to first. Cash then got around the car in between them and rocketed toward the back of the leader. He applied all the pressure the leader could handle. He forced him into a mistake and took over the lead.

During the first half of the race Cash was seemingly untouchable. He held stout at the front with no pressure on him at all. The 21 crossed the stripe with a healthy lead at the halfway point.

Then it all came unglued.

The red flag waved on lap 16 and on the impending restart Cash got tagged on the right rear and nearly spun. He fell out of the top five completely. He rallied back, but not as far as he wanted. 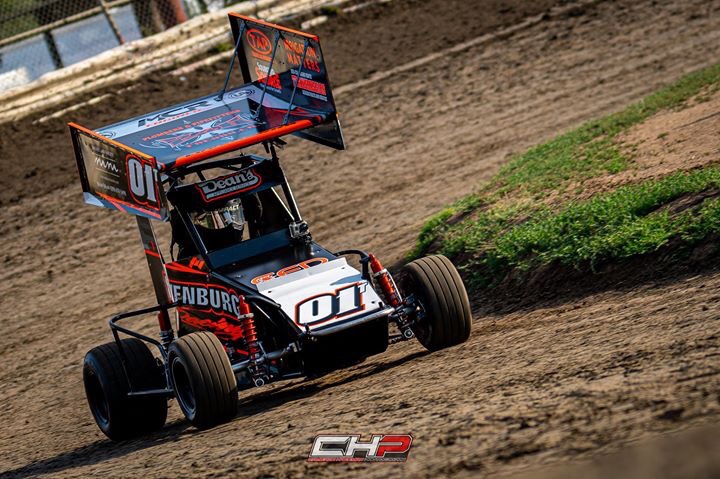 Ty started the main event in 13th. It didn’t take him long to begin another one of his signature climbs up the leaderboard. He sliced and diced through the field through green flag action. By the time the red came out just after halfway he was already pressuring for a top five. In fact, when brother Cash had his troubles, Ty ducked down to the bottom taking advantage of another car trying to avoid trouble, and popped into the fourth spot, with the leaders in sight.

For a couple laps the Delta Speedway crowd was treated to a dual amongst brothers for a spot inside of the top five. Ty occupied fourth. Cash found his way back to fifth. For a couple laps the two brothers battled for position. Cash eventually got by his brother Ty and set his sights back on the leaders.

He gave everything he had to get the final podium spot in a final lap no holds barred battle to no avail. After 25 laps Cash brought the 21 home fourth earning his 32nd top five of the season in his 34th feature.

Ty ended up finishing just one spot behind his brother in fifth. He managed to climb eight spots through the field to earn his ninth top five of the season. It was another impressive charge for Ty who will probably be switching over to his brothers car for next season just as he’s gaining all of this confidence with performances like last weekends. Ty looks like he is going to be a potent threat for the Jr Sprint class in 2020.

That was the final race of the season for Lovenburg Racing at Delta Speedway. Last went was also probably Cash’s last race in the Jr. Sprint until Tulsa.

“He’s ready to move up into the restricted class and give it a shot,” Brandon Lovenburg said. “Ty will be piloting the 21 car. I hope everyone comes out to Cal Cup and see all the changes for the Lovenburg Racing team.”

There are big changes on the horizon for the Lovenburg’s. It all starts at the California Cup at Lemoore Raceway. That will be a two night show on November 8th and 9th with a lucrative purse on the line. Next they will be Turkey Night at Plaza before the team makes their inaugural pilgrims to the crown – jewel of them all, – the Tulsa Shootout.

Don’t miss a second of the action by following all the results and updates on Cash and Ty Lovenburg on Prodigy Race Promotions on Instagram and Facebook and with the official Driver Exclusive recaps right here on Sprint Car Insider. #PRParmy

Up next for Lovenburg Racing:

Visit our website – sprintcarInsider.co for or all of the updates on Cash Lovenburg as he continues his assault on the 2019 campaign.