For Austin and Ashton Torgerson, it will be their first time racing in the Grand Canyon State at the helm of their TEN-J Chassis’s. The have returned to the valley of the sun to compete in the Power 600 series finale, both in the non wing class. However there will still be a Torgerson Racing entry with a wing on top.

“I’m really excited to get things underway here in Arizona,” Riviera said. “I can’t thank the entire Torgerson Racing team enough for allowing me this opportunity. I think running a TEN-J for the first time is going to be awesome and I feel pretty good about this weekend.”

For Riviera, it will be his first time racing outside of California. After his results two weeks ago in The California Cup at Lemoore Raceway, finishing on the podium in his first run at the facility all season, he has plenty of reason to be confident heading into tonight.

Ashton Torgerson is looking forward to getting back behind the wheel of a non wing car once again. Tonight will be his second career non wing start in Arizona and he’s anticipating improvement from the last go.

“I really think with the new program we’ve got going on that I’ll be much better this time around,” Ashton said. “There’s one thing I want to do more than anything and that’s get a top groove going and see where that gets us.”

Austin Torgerson comes into tonight in search of confidence and momentum ahead of his maiden voyage to the Tulsa Shootout this January.

“I’d really like to get a win,” Austin said. “It would really help my confidence a lot before Tulsa and I know we have everything that it takes to make it happen, it would be awesome to earn my first micro win here in Arizona.”

Torgerson Racing will also be the lone team flying the TEN-J Chassis flag this weekend. Now sitting at 114 total manufacturer wins this weekend is the final opportunity to rack up the win count further before embarking on their Shootout Outlaw and Outlaw Non Wing Title defenses at the River Spirit Expo Center next month.

“It means a lot to come out here and represent TEN-J,” team mechanic Brandon Coates said. “TEN-J has accomplished so much and were honored to bring that winning culture to the Southwest, and we understand the task at hand to represent it to the best of all our abilities.”

It’s just about race time from the Desert Thunder Nationals Power 600 Series finale here at Central Arizona Speedway. The Power 600 Series is Arizona’s premier micro sprint series. This weekend the series concludes on the micro sprint track cut out of the middle of what is dubbed, “The fastest 3/8 mile oval in the southwest.”

Torgerson Racing is looking forward to logging solid performances and representing themselves as well as TEN-J Chassis to the highest degree.

With that: the team of Ashton and Auston Torgererson as well as guest Brandon Riviera are ready to strap in and go racing. 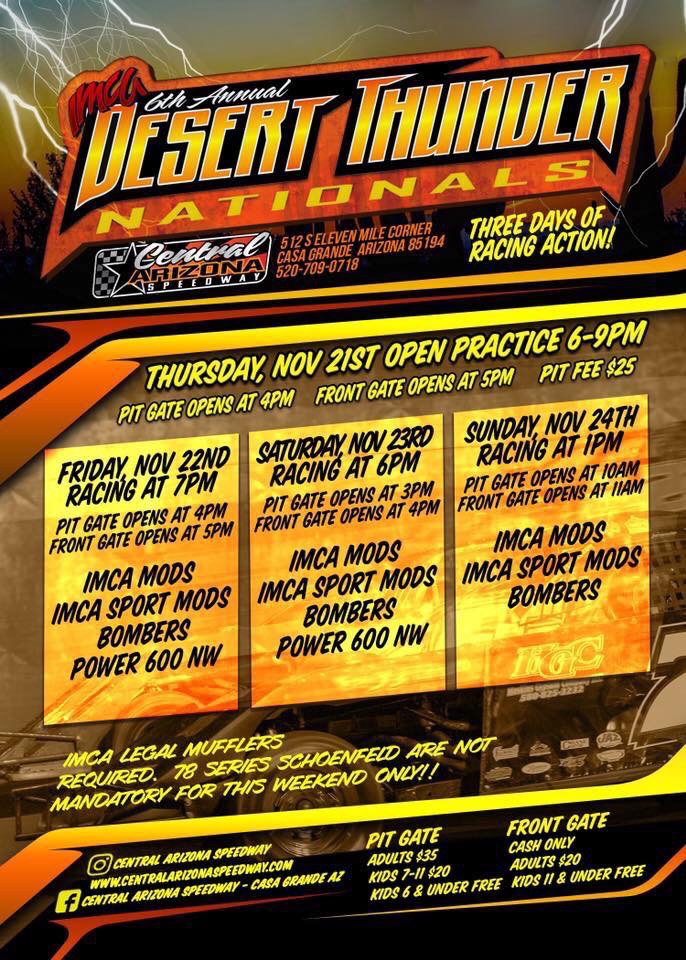