Prodigy Race Promotions on Sprint Car Insider – LEMOORE, Calif. (December 26, 2019) – TEN-J Chassis is ready to embark upon a defense of the biggest titles in the industry at the 35th Annual Tulsa Shootout.

This go-around TEN-J has assembled yet another list of standout drivers ready to rake in Drillers.

One year ago Ben Worth earned the biggest win of his career, and a landmark victory for the manufacturer, when he crossed the line first after 55 laps in the Outlaw Class main event, earning the headlining Championship. 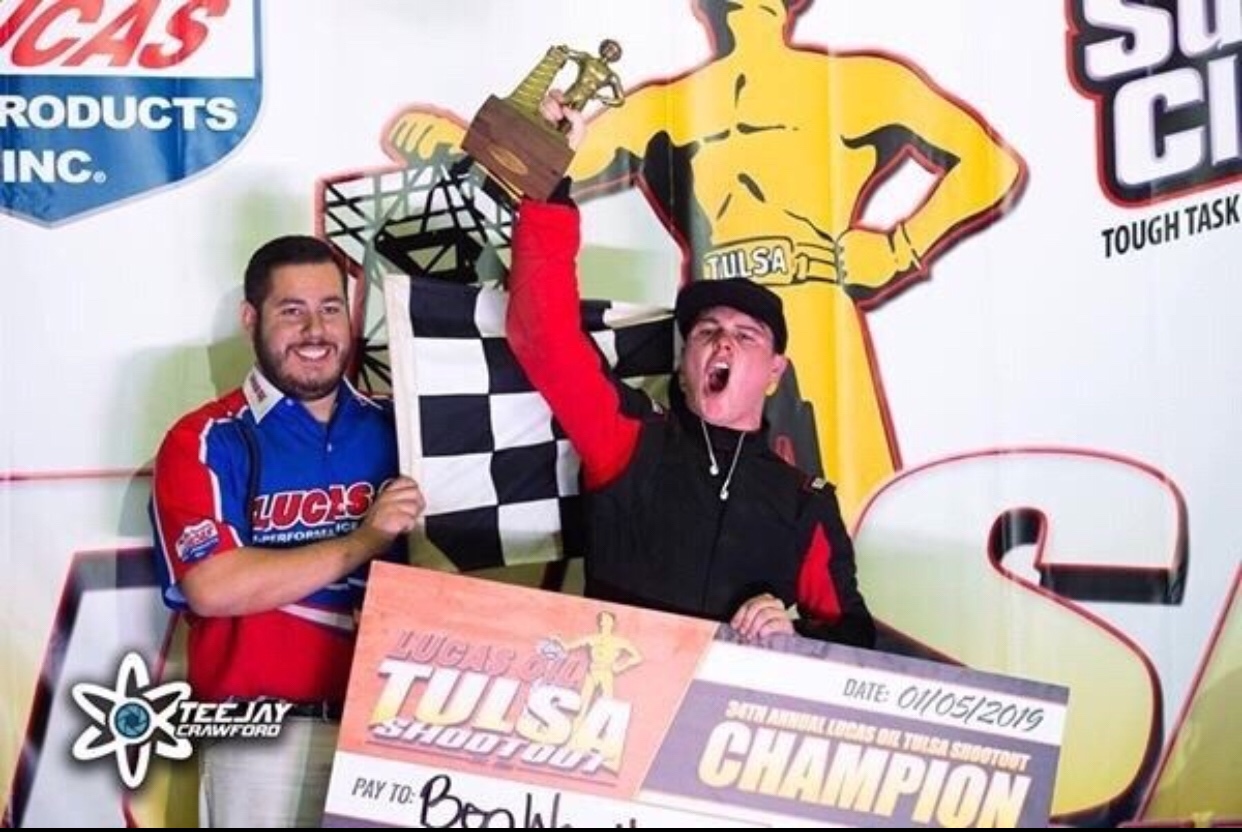 Fresh off a rookie of the year title in the USAC West Coast Midget series, and five micro sprint victories in 2019, Ben Worth, the original TEN-J wheelman, returns to the cockpit of a TEN-J to defend his Outlaw title. Worth will pilot the number 1J for Worth Harvesting, Huckleberry Motorsports and Carbon Copies in the Outlaw Class, Outlaw Non-Wing, A-Class, and Non-Wing A.

“It’s definitely a cool feeling knowing that I’m going to walk into the building as the defending champion,” Worth said. “To me there isn’t any added pressure, if anything now I have a better understanding of what it takes and I’m ready to give it everything I have for all the guys at TEN-J.” 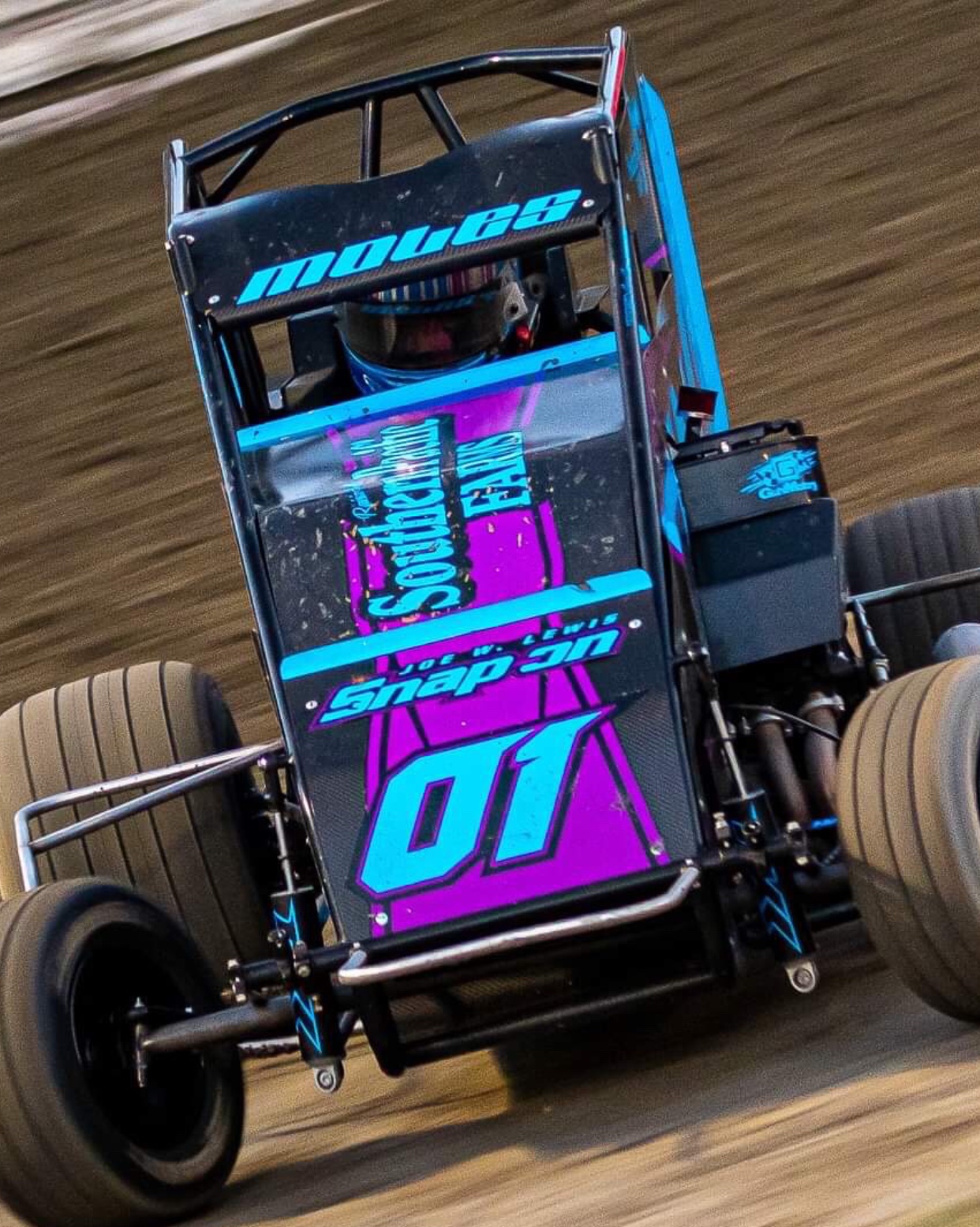 Next up, coming in off of the most successful season of his career, the second original TEN-J driver, Mitchel Moles, brings the momentum of a 45 win season with him to Tulsa.

Moles will be behind the wheel of the number 01 TEN-J for Southern Pacific Farms, Huckleberry Motorsports, and Carbon Copies. The Super 600 Champion of the Fifth Annual Hoosier Tire California Speedweek, comes to Tulsa In search of another prestigious title. Moles will have four chances at a Driller running both Outlaw Classes and both A-Classes. 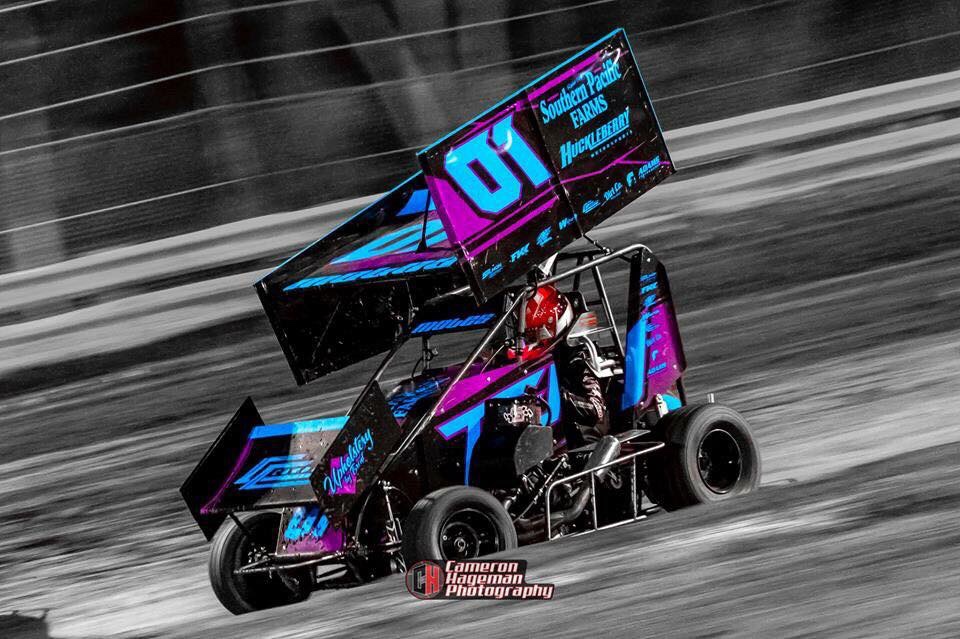 “It’s been a great season all the way around thanks to these guys here at TEN-J Chassis,” Moles said. “Right now though it’s all about Tulsa. Winning a Driller means everything, I know I’m on a team capable of getting it done, I want to close my micro sprint career with a Driller for my mantle.”

The third driver in the lineup comes from a rather familiar family in Shootout history. Multi-time, and multi-class previous shootout champion, and current driver in the ASCS National touring series, Blake Hahn is set to drive the legendary number 10J for Jerrod Huckleberry in the 35th Annual Tulsa Shootout.

Hahn, grandson of Shootout founder, Emmitt Hahn, comes in off a runner up campaign in the 2019 ASCS National tour, complete with five wins, including the Short Track Nationals. Hahn has many drillers to his credit already but in the last couple of seasons has been adding clout to his name with his sprint car success. Jerrod Huckleberry looks forward to having Hahn in the running for an Outlaw and Outlaw Non-Wing title. 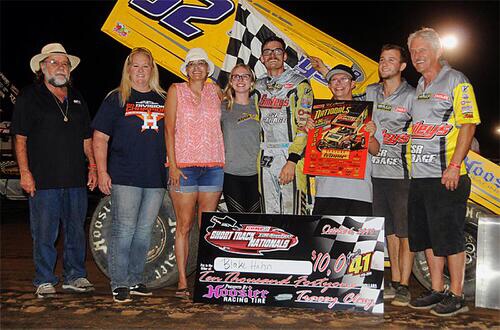 The next driver in the lineup is another successful sooner looking to earn Shootout Glory for TEN-J Chassis. Winner of Tuesday qualifying night during the 28th Annual Chili Bowl in 2014, Johnathan Beason will be behind the wheel of a TEN-J in the Outlaw and Outlaw Non Wing Classes. 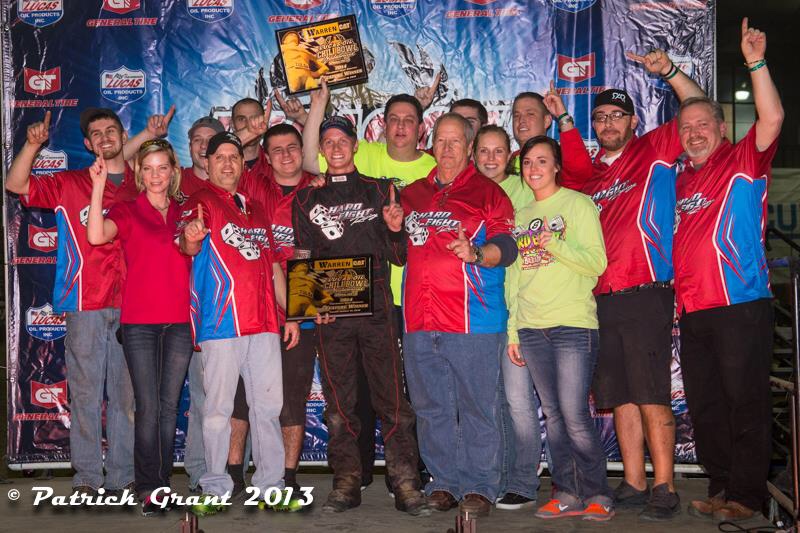 The next driver on the list is coming back to the Expo Center in search of redemption.

Last year Gauge Garcia made his TEN-J debut at the shootout. He was fast right out of the gate. He looked in prime position to fight for a Driller. He won his heat race convincingly, he had everything going for him, until a mistake in the qualifier left him out of main event contention all together. 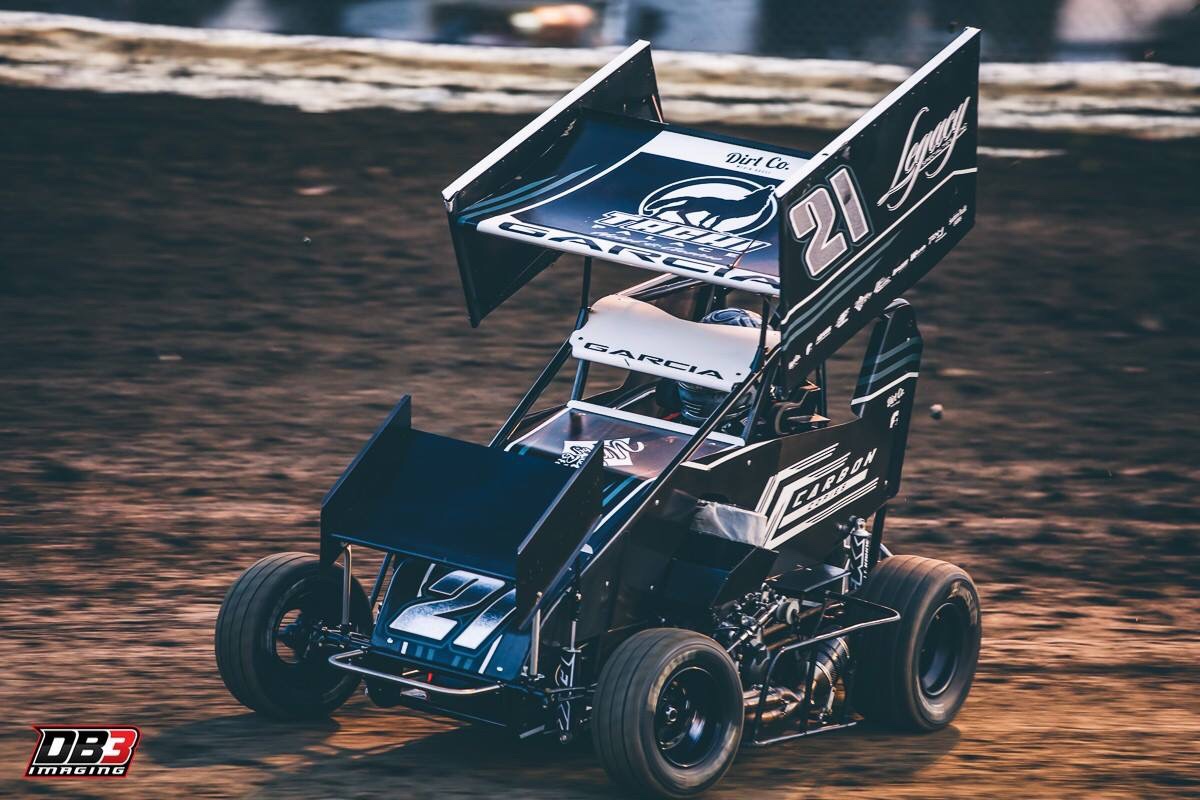 This year Garcia brings with him another year of maturity, along with 17 race wins and a California Speedweek title, to boost his confidence. Ever since the very moment Garcia spun all on his own last year, his sights have been laser focused on Shootout redemption. It’s Driller or bust this year. Garcia will be wheeling the number 21, the legendary number of his Tarlton family roots, for TEN-J Chassis in the Restricted A-Class.

The final driver in the TEN-J lineup comes in with a Driller of his own. The reigning shootout Jr Sprint Champion, Austin Wood, will be making his TEN-J debut this year. Wood will be driving the number 2 TEN-J for Elk Grove Ford in the Restricted A-Class.

Wood put in many impressive drives during his rookie Restricted campaign in the Golden State. He looks to bring that success with him to the 35th edition of the granddaddy of them all.

It’s time for the biggest micro sprint race in the world. TEN-J Chassis is ready to put more Drillers on the wall. With defending Outlaw Class Champion Ben Worth heading the lineup, the team is stout, and set to defend. Mitchel Moles brings 45 wins with him. Blake Hahn has as many or more drillers than any active driver. Johnathan Beason has found success in the Expo Center plenty of times. Gauge Garcia has an entire year of thoughts riding on this race and Austin Wood has captured glory before. 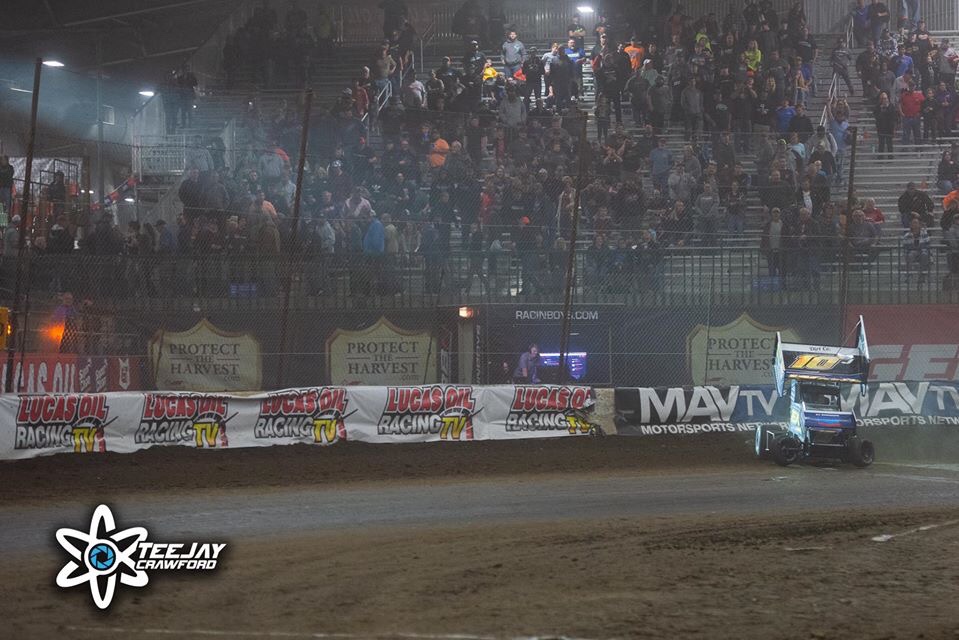 TEN-J is also proud to announce that they are bringing an entire stock of brand new 2020 parts with them for all their drivers. The next generation 2020 equipment is the latest and greatest engineering marvels offered by TEN-J. Everything is state of the art and handcrafted for the best possible performance. According to Jerrod Huckleberry it’s the best they’ve made yet, and it fits right in line with TEN-J’s original philosophy of only utilizing and engineering the best available products.

Stay right here on Sprint Car Insider and Prodigy Race Promotions to find out what developments arise and how the results come along as the 35th Annual Tulsa Shootout gets off and running.

The TEN-J brand is making its mark. The Shootout is next. Take two. 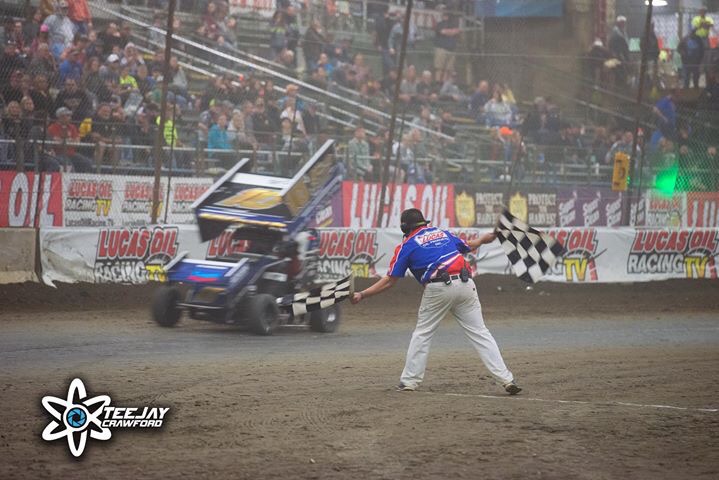 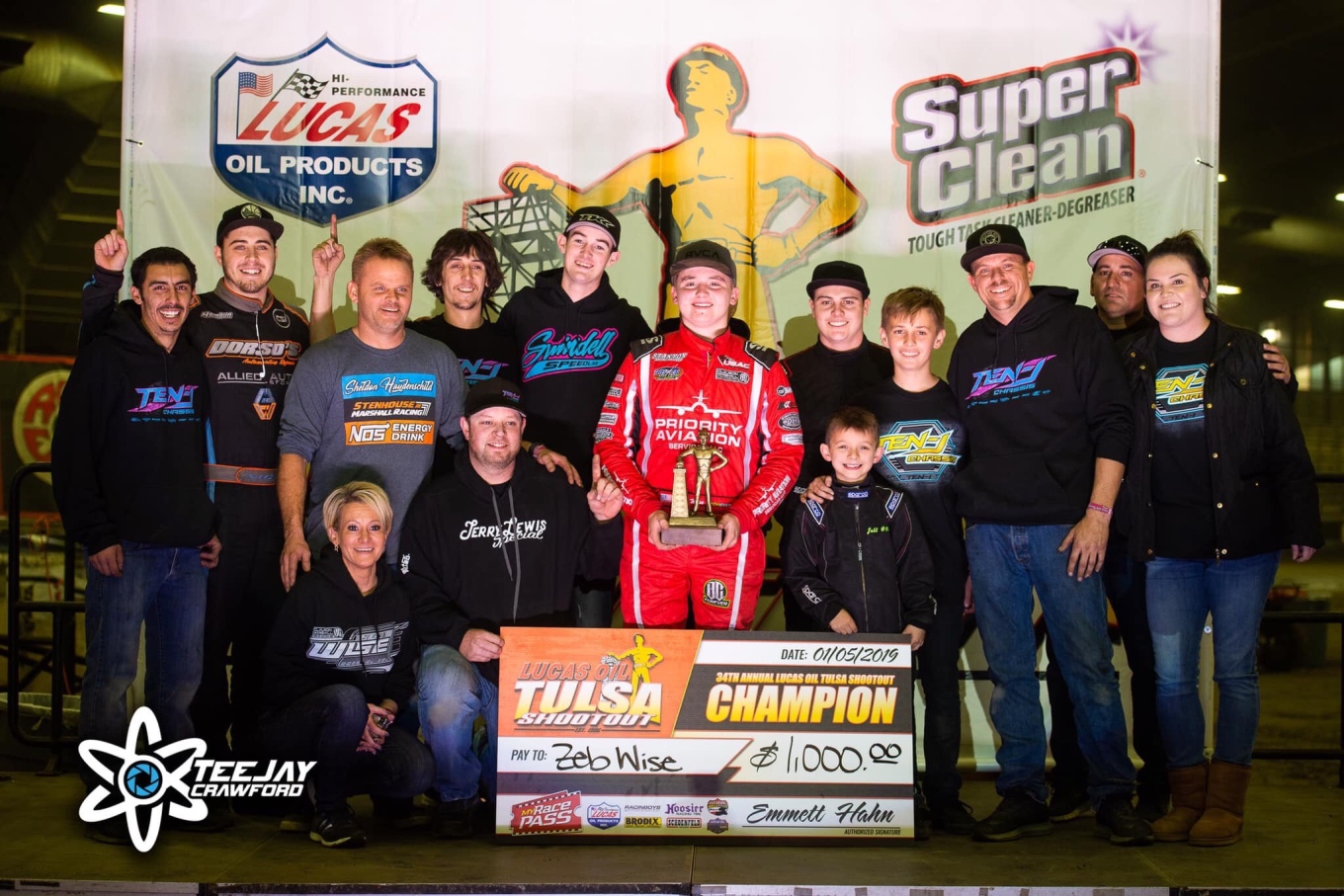 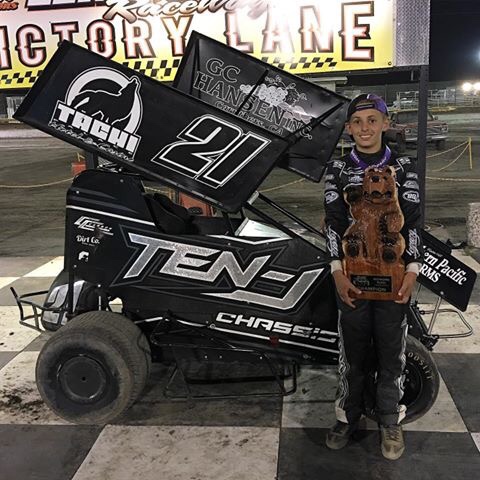 Keep up with Sprint Car Insider on Facebook, @SCI_updates on twitter or visit our website – sprintcarInsider.co for or all of the updates on TEN-J Chassis as the team takes on the Shootout. It’s #drillerszn and for the complete, detailed, race recaps of the #PRParmy.

“The performance speaks for itself.

The goal of TEN-J Chassis from the beginning was to design and build something that was hand-crafted, and designed to be the absolute standard of engineering and performance for customers who refused to sacrifice quality at any level. Jerrod Huckleberry and TEN-J Chassis swear by oath to only align themselves with companies and manufacturers who share the same philosophy when it comes to production.”