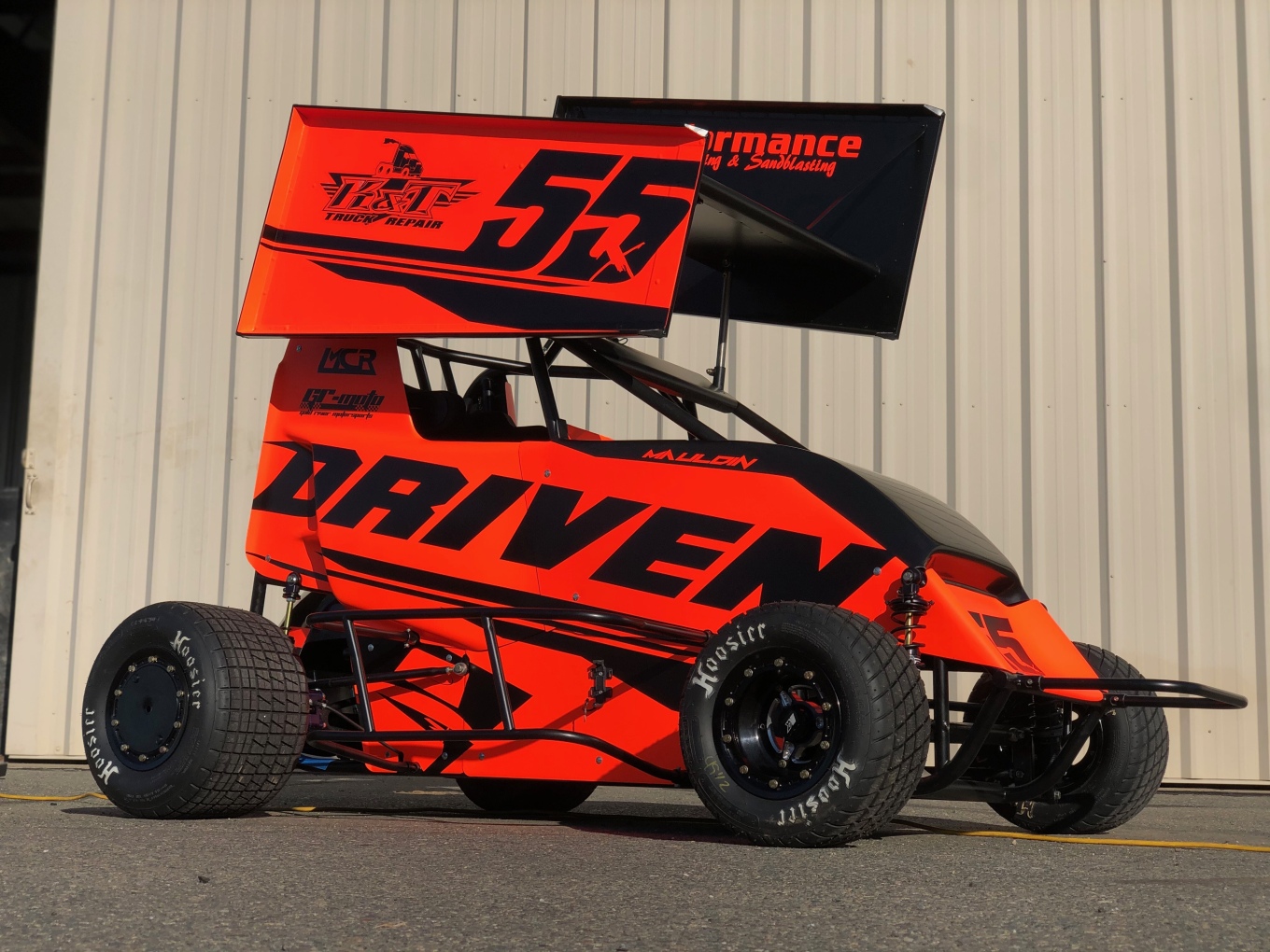 He looks for a repeat performance at Delta Speedway as he comes in as the defending champion. Adding to his schedule at Delta, he’ll look to top his three wins at Plaza by going for the title this season.

Mauldin also has his sights set on a Clay Cup Championship at Deming Speedway in Washington this summer as well as another run at the Tulsa Shootout to cap his season and kick off 2021. The previous two years have seen a Californian win the Clay Cup and the Shootout and now Lucas Mauldin intends to keep that tradition in tact.

It all starts March 6th and 7th at Keller Auto Raceway Plaza Park in Visalia, California for the Outlaw Nationals. Last year Mauldin was present on the first night but didn’t get to give it a go until night number two. This season he looks to get things underway from the beginning and carry his 2019 momentum into an even more prosperous season.

He’ll race three times at Plaza before he gets to roll into the San Joaquin County fairgrounds and Delta Speedway as the big man on campus. Night one of the 15 championship point race season at Delta goes green on Saturday April 4th for opening night. With not much changing other than the color of his car and much of the competition he already prevailed against moving up, Mauldin enters as the overwhelming favorite to repeat Jr Sprint Championship honors.

He’ll round out the month of April with two more races at Plaza getting all the way to round five of their 13 race season and through round two at Delta. The month of May gets underway with round six at Plaza on the 1st followed by three strait races at Delta. He’ll be on his way to Stockton right after his race at Plaza to catch round six from Delta on Saturday May 2nd. Two weeks later it’s back on the 16th and again 14 days later on the 30th.

The month of June is a short but stacked one. A lone June race at Plaza takes place on Friday the 12th before Deltas first two day show of the season. Last year at Delta the Summer Sizzle was Mauldin’s lone blemish there all season. In 2020 on June 19th and 20th he’ll have the opportunity for redemption when the Summer Sizzle races again.

July is a big one. Race eight at Delta happens on Saturday the 11th before Mauldin Racing takes its show on the road to the Pacific Northwest. The Clay Cup Nationals at Deming Speedway in Bellingham, Washington get underway on Thursday July 16. The Clay Cup finale follows two nights of qualifying on the 18th where Mauldin will have his first opportunity of the season to capture a national title.

Following the Clay Cup Mauldin returns to the Golden State for the home stretch at Plaza Park and seven more point races at Delta beginning the very next weekend, July 25th , for race nine.

Plaza Park returns from its Summer break on Friday August 7th for its ninth point race of the season. Once again it’ll be strait back to Delta the very next day for race 10 on August 8th. The tenth race of the season at Plaza goes green just a week later on the 14th. After a week off it’s back to Delta On August 22 for Race 11.

The month of September is another huge month for Lucas Mauldin. It gets underway with the infamous Labor Day tradition, the Dual at Delta. Running on Saturday and Sunday night of the holiday weekend the Dual at Delta accounts for race12 and 13 of season.

Just five days later Mauldin returns to defend another one of his biggest wins of 2019. On September 18th and 19th the fourth edition of the Mark Hagopian Memorial closes out Plaza Parks season. Not only will Mauldin have the opportunity to repeat as champion of the event, he can possibly clinch the Plaza Park title, if things go as planned.

Beyond the Hagopian Mauldin’s season hits the final home stretch. Only two point races will remain at Delta. The first of which will be Saturday September 26. On October 3rd titles will again be on the line at Delta during Championship night, round 15 of the season.

The only race remaining for the Calendar year of 2020 after Championship night will be back at Delta Speedway for Turkey Bowl XX on October 23-24th. Turkey Bowl is another one high on the list for Mauldin as it eluded him last year. Turkey Bowl may also very well be the final time Mauldin climbs into a Jr Sprint in the state of California.

The 2020 season is an ambitious one for Mauldin Racing. At seasons end they hope to have two titles under their belt with a Clay Cup to match and on their way to Tulsa, Oklahoma as the most revered Jr Sprint racer in all the land. Only time will tell how it plays out.

The season gets underway just weeks from now at the Outlaw Nationals at Plaza Park on March 6th and 7th.

See you at the races.

Stay up to date with Lucas Mauldin and his charge into 2020 on Prodigy Race Promotions by following us on Instagram @PRParmy and Facebook as well as the official Driver Exclusive recaps right here on Sprint Car Insider. #PRParmy 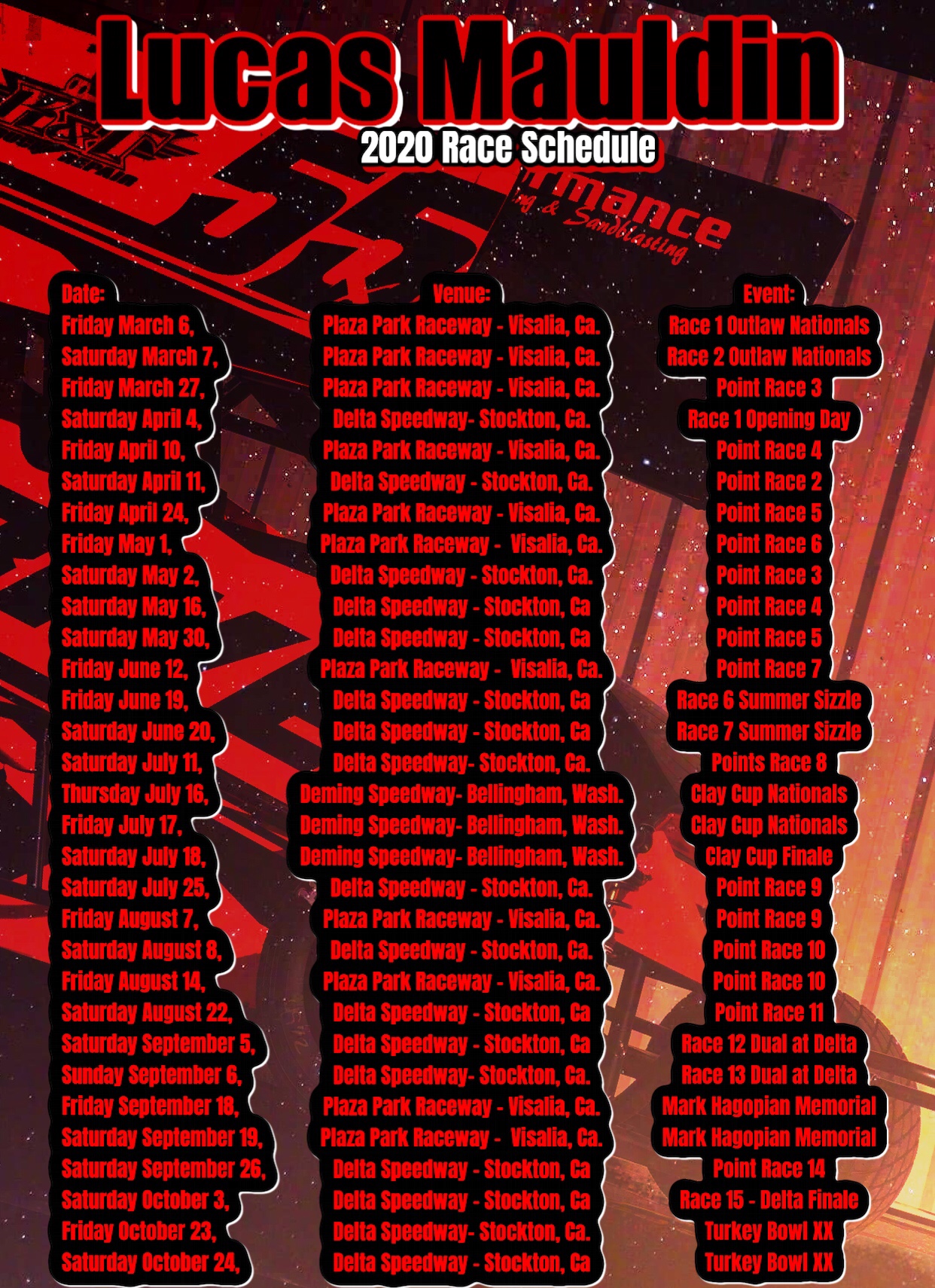 * Won a race in every month except June