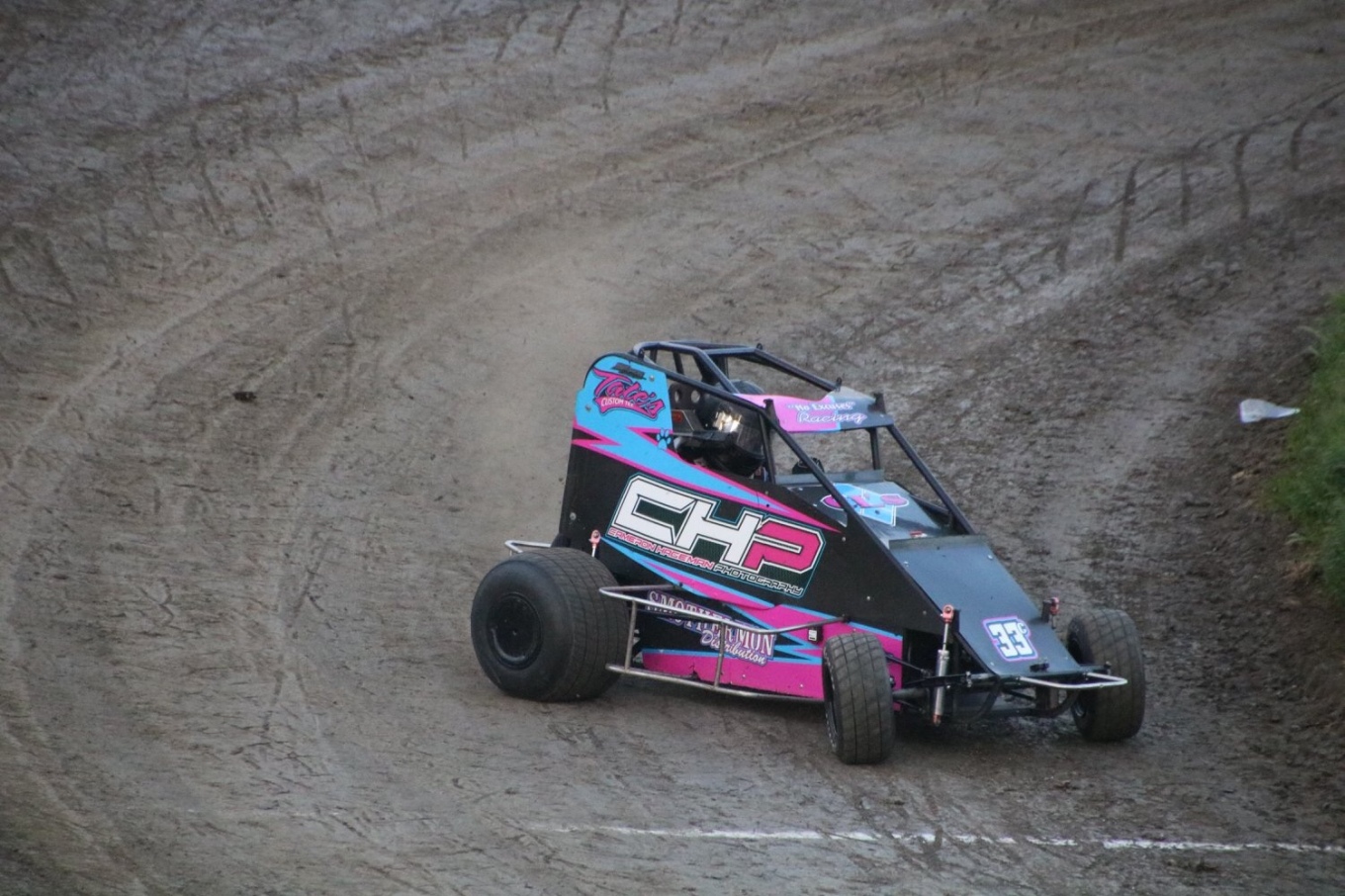 Coming in with high expectations following some brilliant runs at the end of 2019 and in Arizona to start 2020, Paul again put up stout numbers on the charts and proved he will be a force to be reckoned with this season. He has elevated his game, invested in his operation, and comes to the races with a winners mentality in 2020. Finally unloading in the Golden State for the Outlaw Nationals was highly anticipated for Paul to see where he’d stack up against the field.

Night one of the Outlaw Nationals got underway with 16th in qualifying with an 11.798 lap time in a loaded non wing field. The one man band wasn’t quite where he wanted to be out of the gate but was able to reassure his confidence by making vast improvements as the night went along.

He rolled off for the first heat race of the evening from the eighth position. In eight short laps he was able to charge into the top five and run the third fastest lap of the heat. His heat race performance landed him the 10th starting spot for the first feature of the 2020 Plaza Park season.

The 30 lap feature was a wheel to wheel battle for the entire field all the way down to the wire. Paul started 10th and ran fast laps to start the race. His 11.599 marked the 7th fastest overall time of the race just .411 off the fastest lap overall. In the end he came home with 12th in the non wing main event during night one of the Outlaw Nationals.

Qualifying during night two on Saturday may have been the highlight of his weekend. On a track with a night and day difference compared to Friday, Paul was able to drive his second car, the 17D, to 3rd quick In qualifying. His 12.345 stood in the top three on a track that many drivers said was very difficult to maintain consistency on. On top of it, Paul went out early, when conditions were least conducive to fast laps. His night two qualifying effort serves as a testament to how far the “kartwheel kid” has come as a true threat to win and proves his capabilities whether it’ll take finesse or the foot to the floor.

A problem before the heat race lead to starting the night two feature from all the way back in 15th. Cameron Paul has his work cut out for him. However, in line with the theme of the weekend, Paul would light up the charts. Although he had a minor problem in the feature eliminating his chance for a good finish, he still churned up a blistering 12.802 lap time that was 11th fastest overall. His fastest lap was only .527 off of the fastest lap overall in a main event that ran a world class pace.

The weekend overall gives Paul many of reasons to

Be confident as the season progresses. He had minor issues but the way he tackled them gives the most amount of hope moving forward. He was able to make the changes necessary that made him faster with each given lap on the track. Overall, it was a standout showing for No Excuses Racing.

The only way to go from here on out is up. Confidence is the key for 2020 and with promising results on paper the one man band has reason to believe that he will be a contender no matter where he runs this season. Big things are in line for the driver out of Springville, California. He’s an alumni of the school of hard knocks and it’s beginning to show with his unyielding refusal to be denied. The way things are unfolding Cameron Paul will be standing in victory lane at a track near you very soon.

He’ll be back under the lights at Plaza Park for Keller Auto Raceway’s third race of the season up next on Friday March 27th, barring corona virus cancellations not coming to fruition. He is also working his promoter card trying to get drivers to commit to racing at Merced Speedway this weekend. It’s all racing, all the time, wearing many different hats for Paul these days. He can do it all. Be there, at a race he’s racing in or convincing everyone to race in, to catch all the action live and in person as Cameron Paul runs for that illustrious first win.

Stay up to date with Cameron Paul and his charge into 2020 on Prodigy Race Promotions by following us on Instagram @PRParmy and Facebook as well as the official Driver Exclusive recaps right here on Sprint Car Insider. #PRParmy 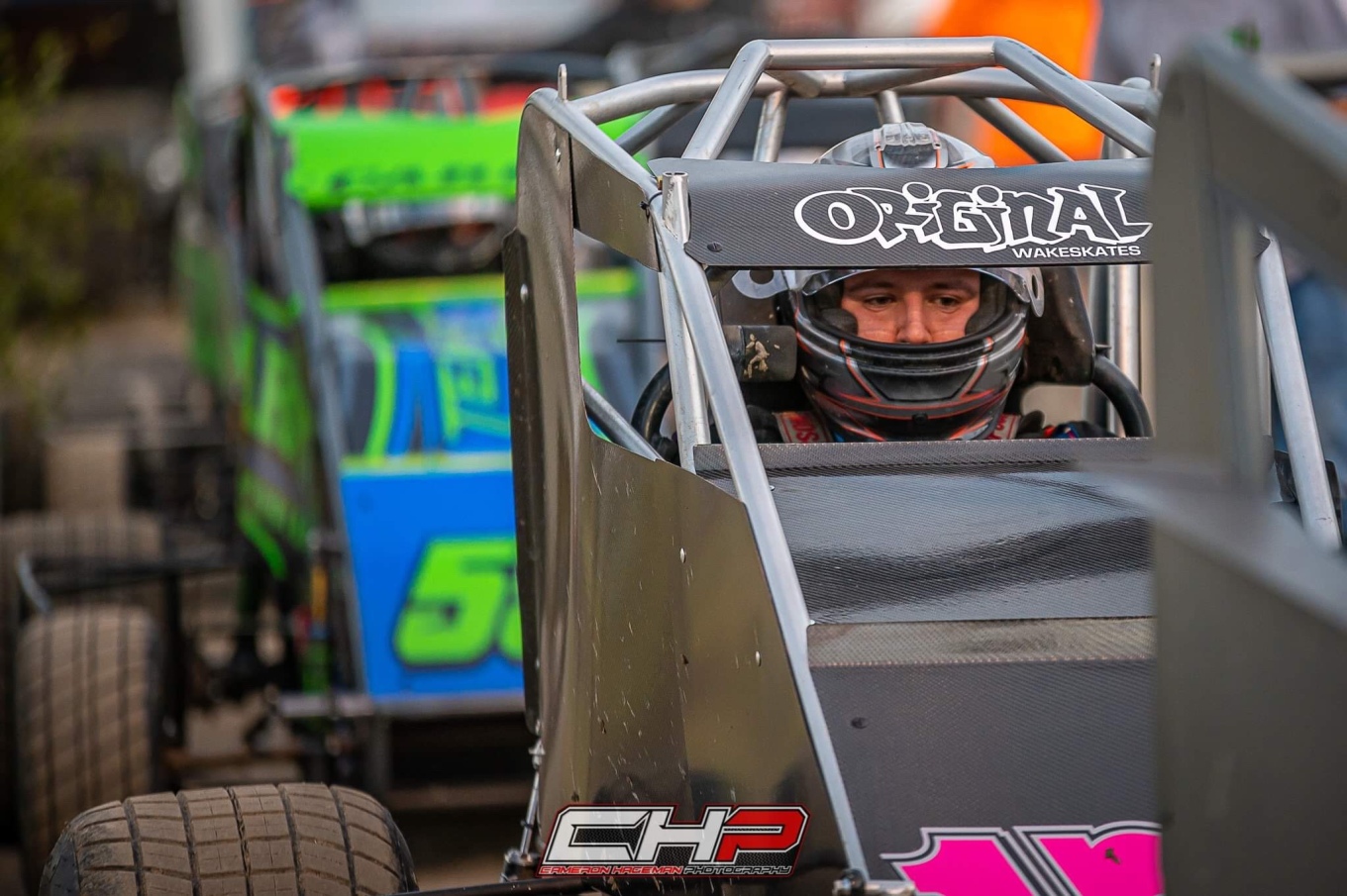 Be sure to follow Cameron Paul and the race team on social:

Visit our website – sprintcarInsider.co for or all of the updates on Cameron Paul as he continues his assault on the 2020 campaign.