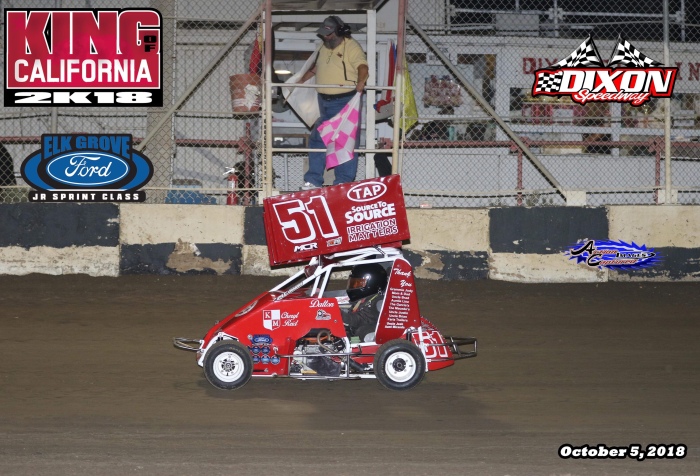 The Sheriff puts them all away

Dalton Parreira elevated his game to a whole new level this year. Following the conclusion of the 2017 season, it was apparent that Dalton Parreira would be a top contender in 2018 but no one could have envisioned the extent he would take his dominance to.

The Sheriff Seeks King of Cal

Dalton Parreira began 2018 with no intention of running for the King of California crown, but early season dominance swayed his team’s decision to go all-in.

The season has officially crossed a quarter of the way through. Title pictures are taking shape after each track has hosted one round.

KING OF CALIFORNIA Micro Sprint Series – FRESNO, Calif. (April 16, 2018) – As the atmospheric river finally relented over the Golden State, the King of California Series was able to drop the green flag on the 2018 expanded campaign.